Valencia’s City of Arts and Sciences 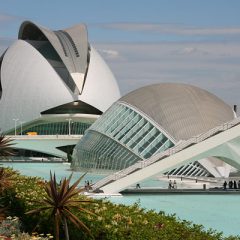 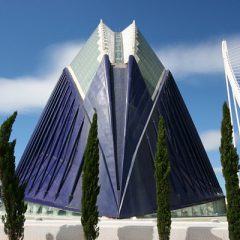 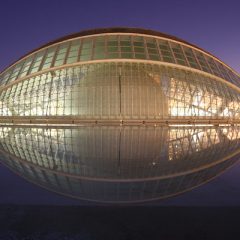 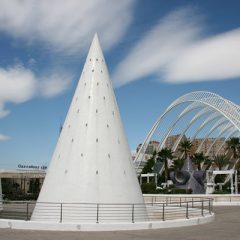 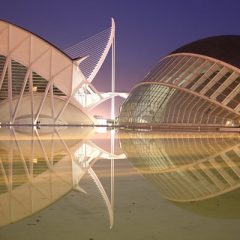 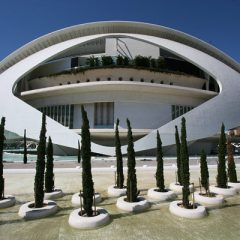 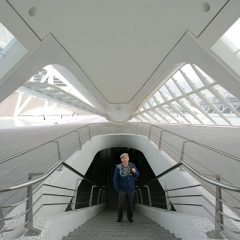 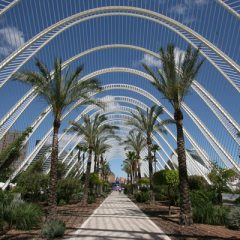 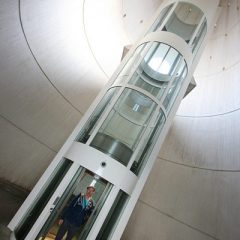 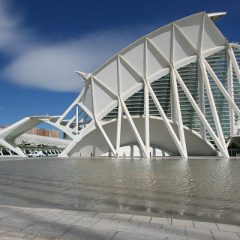 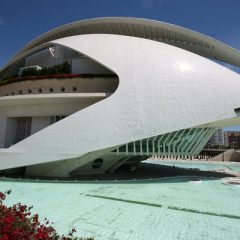 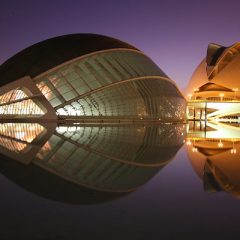 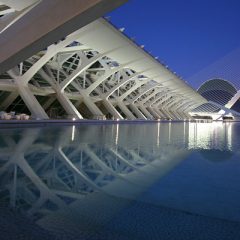 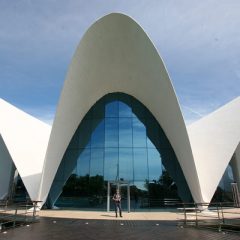 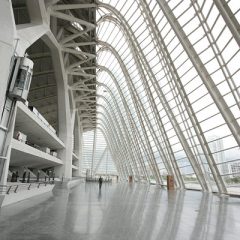 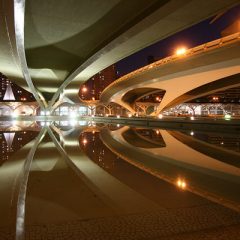 Walking across Valencia is like a short course in the history of Spanish architectural experimentation: Roman pillars, Muslim gates, Gothic cathedrals, Renaissance squares, Modernista markets… and then BAM!!!… you come face to face with the city’s space-age City of Arts and Sciences complex. This is when you realize, this ain’t your typical European city.

Designed by Santiago Calatrava and Félix Candela, the AMAZING complex is obviously the number one reason to visit Valencia. The entire project oozes a vibe of vintage futurism that proves that the Spanish have some serious architectural cajones. The gutsy, soaring roof of the Palau de les Arts Reina Sofia appears to be floating midair. The eyeball design of the bizarrely compelling Hemisfèric, the city’s IMAX theater, just may be the coolest thing I’ve ever seen. The glass “eyelids” even open to allow that ocean breeze to flow through.

But this isn’t just a bunch of Jetsons-inspired eye candy. Like the Hemisfèric, many of the constructions house entertainment or educational offerings. The Museu de les Ciències Príncipe Felipe, which looks like the skeletal remains of a mammoth arachnid, houses a hands-on science center. Just next door, Oceanogràfic is Europe’s largest aquarium complex. So clearly there’s some function to these forms.

Of course, it’s those forms that have photographers from around the world swarming to Valencia. Even if you just want to play Buck Rodgers for a day, this is definitely a site to put on your list of must-visit destinations.

7 responses to “Valencia’s City of Arts and Sciences”