The Quest for the Holy Grail 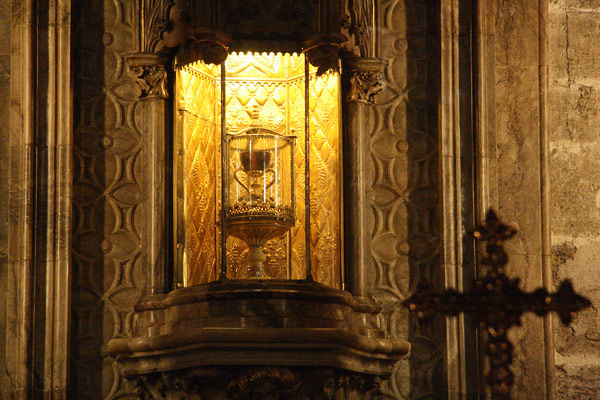 Indiana Jones destroyed half of Petra in search of it. Robert Langdon risked the wrath of the Catholic Church nearly losing his life in the process to uncover it. Everyone wants to find the Holy Grail – after all, the Holy Grail is the ultimate Holy Grail.

But come on folks, it really isn’t that hard to find. I didn’t have to destroy a major UNESCO World Heritage Site to find it. And as long as you pay your €4.50 entry fee, the Catholic Church shouldn’t try to kill you. In fact, they’ll even provide you with an audio tour.

Yes, the Cathedral of Valencia houses what is generally considered the ultimate contender for the label of “the real Holy Grail.” The stone portion of the bowl has been dated to the first century. And although it looks rather ornate in its present form due to the elaborate Medieval stem and base, the stone portion was originally rather simple. Indiana Jones fans will immediately recognize that simplicity is vital because if you drink from an elaborately styled fake grail, your face will melt off. Ouch. 😉 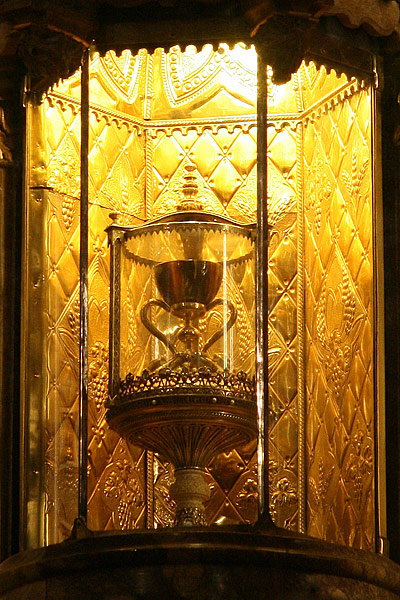 The Grail is housed in the appropriately cool and ornate Gothic Capilla del Santo Cáliz. I actually had the Holy Grail all to myself while I was there, so I could contemplate the history of one very impressive cup. It doesn’t really matter if this is the actual Holy Grail or not, this chalice has seen some serious history and been held in some very historic hands. It’s definitely a step up from the dehydrated limbs, scalp patches, teeth, skulls, or bone fragments that grace most reliquaries.

Beyond the Grail, the audio tour – complete with appropriately grandiose AHHHHH music – escorts visitors through a nice selection of art, including the cathedral’s impressive Renaissance altar pieces and the very beautiful frescoes above the main altar. (I love anything with gold stars and azure skies.) The cathedral also has a nice interior tour and exterior tour available online.

If you feel that I have deflated your Dan Brown dreams, never fear. While studying the art in the Chapel of St. Denys and St. Margaret, I just may have found a piece of evidence to support the theory that the Mona Lisa is actually a man. Click through if you want to find out more… 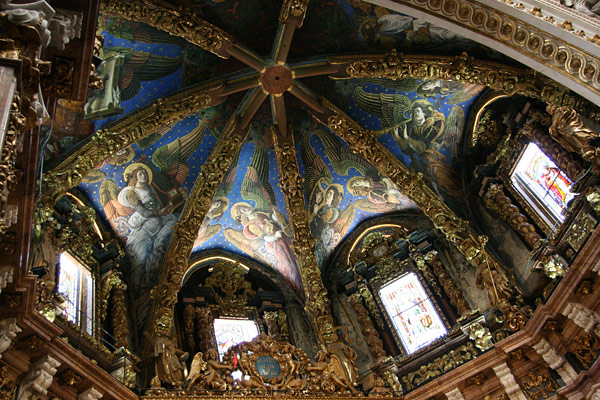 8 responses to “The Quest for the Holy Grail”