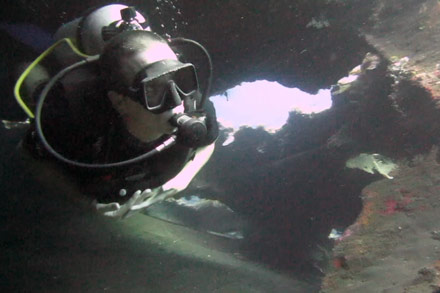 In 1942, the U.S.S. Liberty was struck by a torpedo from a Japanese submarine. Two US destroyers attempted to accompany the damaged boat to a port in Singaraja, Bali, but when it became clear that the boat was taking on too much water, it was intentionally grounded on the shores of tiny Tulamben where the military was able to salvage the cargo. The ship sat grounded for 21 years until neighboring Mt. Agung erupted in 1963. The resulting earthquake pushed the boat into deeper water just offshore creating one of the world’s most rewarding shore dives.

The U.S.S. Liberty is consistently ranked as one of the top dives in the world, but what’s really cool about the site is that it can be equally rewarding for both newbie divers as well as experienced old pros. The hull of the wreck is a feast for the eyes, decorated with hard and soft corals as well as some stunningly colored feather stars and neon sponges. 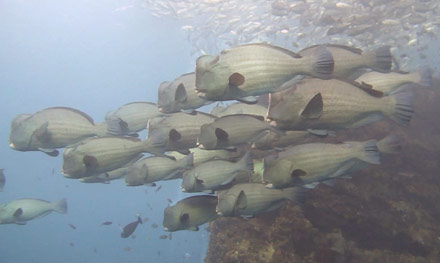 The site is teeming with large schools of fish including the world-famous school of resident bumphead parrotfish. If you want to see the bumpheads, be suited up and in the water by 6:15 AM because they are out of there before the day-trip tourists arrive. If you are early enough, they will still be sleeping at the rear of the wreck. 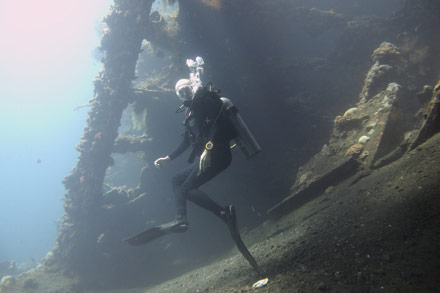 Morning divers are also usually rewarded with a massive school of swirling jacks, which is every bit as good as the one at Barracuda Point in Sipadan. Surgeon fish, giant trevallies, sweetlips, batfish, porcupine fish and Napoleon wrasse are common.

In addition to the big stuff, macro diving is also good with several surprises including ghost pipefish, squat lobsters in the feather stars, and a resident population of pygmy seahorses in a tiny, over-visited fan at 31 meters. 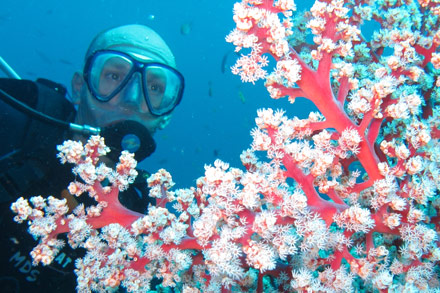 New divers can easily explore the site from outside, but there are a couple of fun swim-throughs for more experienced divers as well. Also don’t forget to explore the amazing volcanic sand for more macro discoveries and save some time for an extended safety stop along the coral slope on the way back to shore. We absolutely fell in love with the U.S.S. Liberty.