Organizing your Trip to Sipadan

Sipadan is consistently listed as one of the top ten dive sites in the world. And, as we discussed in our post Is Sipadan All Hype?, with its amazingly rich sea life and unique topography, the island definitely lives up to its reputation. But with so much focus, the tiny little island was in serious danger of being too beautiful for its own good. By the early 2000s, overbuilding and pollution threatened to destroy what Jacques Cousteau had labelled “an untouched piece of art.”

In an extraordinary example of environmentally sound decision making (with perhaps an added dose of financial self-interest), the Malaysian government decided to close Sipadan island for overnight visitors and impose a rigid permit system allowing only 120 people to dive the island each day. While the permit system, which will hopefully protect Sipadan far into the future, is a major environmental blessing, it does make diving here a little more difficult.

The most important thing to understand is that you cannot dive Sipadan unless you manage to get a permit. Not all dive shops in the surrounding area have the ability to arrange permits, so you must choose a dive center carefully. Each dive shop only receives around 7 – 14 permits a day, so even if you book with an approved dive shop, you may not get a permit. Each shop has its own unique way of determining who gets a permit. Some use a first-come-first-serve method, others use a lottery.

Virtually every dive shop has the requirement that you dive additional islands in order to get your Sipadan permit. This is actually a good requirement as there is excellent diving in the surrounding islands which tend to be overlooked due to Sipadan’s fame. 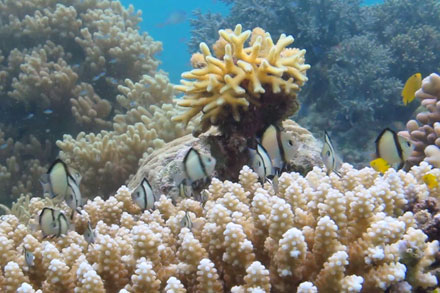 Choosing a dive shop is where the Sipadan process can become quite overwhelming. Because Sipadan is SO famous, many dive operators seem to have developed the attitude that divers will come whether they provide good service, or not. Websites which review dive operators are filled with complaints about virtually every dive company in Semporna and Mabul, making the process very difficult. A structured approach to finding a good dive operator will help.

Make sure that your dive company can issue permits. Determine how they decide who will receive a permit and who will not. (Obviously a first-come-first-serve method is vastly preferable.) Read through as many online reviews (Thorn Tree, ScubaBoard and Tripadvisor) as possible to determine whether the company is issuing their permits as promised. It’s amazing how many companies seem to promise permits and accept payment in advance only to claim a “mistake” has prevented them from getting your permit once you arrive. These companies are a flaky bunch.

Some of the more commonly used operators for independent travelers are Sipadan Scuba, Scuba Junkie, Seaventures and Borneo Divers. 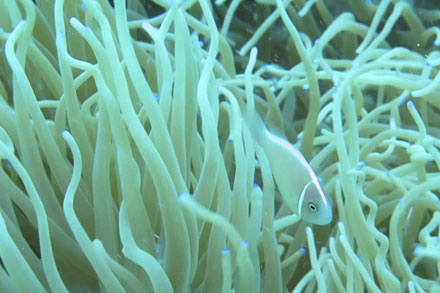 Choosing accommodation is closely linked to choosing a dive shop as many high-end resorts offer dive packages and many budget dive operators offer discounts on accommodation at associated hotels.

DO NOT ASSUME that booking a high-end resort will guarantee you a dive at Sipadan – they are subject to the same limitations as budget operators. In fact, this may be the one situation in Malaysia where budget travelers have a slight advantage. Many of the luxury resorts are quite large with many guests hoping to dive Sipadan, yet they receive the same small number of permits per day.

For people considering basing their dive trip out of Mabul, be aware of the fact that the island is not the tropical paradise portrayed in guidebooks and brochures. The island is now quite densely overbuilt and the beaches are covered in trash making it rather unattractive to swim near the shore.

Back in Semporna, some of the more popular budget options include Sipadan Inn, Scuba Junkie, and Dragon Inn. 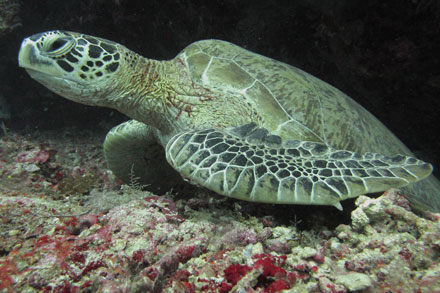 Our Choice and Our Experience

After exhaustive research, we ended up going with Sipadan Scuba. The entire decision was based on the fact that Sipadan Scuba offered a four-day, 12-dive package with two guaranteed days diving at Sipadan, which cost us 1640 RM ($546) per person. Sipadan Scuba is also one of the few companies that allows for easy online booking with the ability to test different date combinations.

This choice is slightly ironic because our friends Olof and Elin dove with Sipadan Scuba last year and they rated Sipadan Scuba the worst company they dove with during their tour of peninsular Malaysia, Borneo and the Philippines. Yikes! In addition, there are very mixed reviews online about Sipadan Scuba’s customer service and food. In the end, the company’s convenience and their practical four-day package won out.

Personally, we found Sipadan Scuba’s service somewhat factory-like but understandable given the complexities of dealing with the permit system while juggling many different divers’ schedules. In fact, we prefer a factory in such conditions. They also seemed to take our interest in muck diving into consideration while scheduling elective dives, which we greatly appreciated. Moreover, equipment was adequate and they responded quite professionally to air leaks or any equipment issues. But it’s true, the food really isn’t great. It does, however, serve its purpose of refueling you between dives. 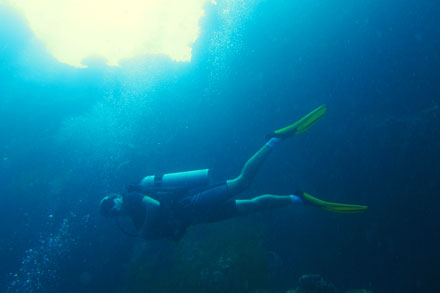 Our only serious complaint with Sipadan Scuba was that during our second dive day both Thomas and I were struck with extreme headaches, which we both immediately associated with bad air. A third diver, who was rather inexperienced, surfaced after only ten minutes complaining that he had “nitrogen narcosis.” It’s much more likely he was experience similar air issues.

The fact that I had severe headaches on my first and third dives but experienced no problems during my second dive while Thomas experienced a headache only on his second dive further supported our suspicion that certain tanks had bad air. We checked out where they fill the tanks and discovered an idling truck parked next to the compressor. The air in Semporna was also full of burning plastic fumes (a problem here) the night before that particular dive day, so that might have been an issue as well. On all three of the other dive days, we had no other problems with the air, so I hope it was just a fluke. Again, we cannot be sure that our air was contaminated, but we wanted to be honest with our experience.

In 2000, Sipadan was attacked by members of Abu Sayef, a Filipino Islamist terrorist group. The attack made headlines around the world. During the attack, 21 people were abducted from Sipadan and held hostage on a remote island in the Sulu archipelago. All of the victims were eventually released.

In response to the attack, the government of Malaysia has set up a series of military posts around Sipadan and other dive islands to protect the area. Such attacks should not be a problem in the future. 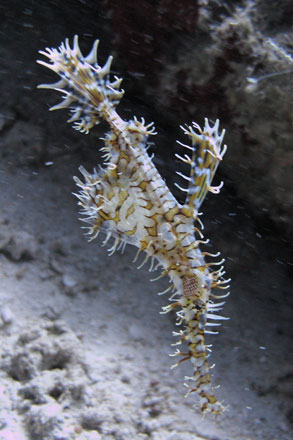 With all the build-up to diving Sipadan, some divers may find themselves expecting too much from any one island. Many divers we met expressed that they had expected more. When I asked what they had wanted to see, many (mostly less experienced divers) expressed a wish to see mantas, whale sharks, hammerheads, etc. on their Sipadan dives.

While these animals occur in the area and are seen around Sipadan, it is unrealistic to expect everything in one or two dive days. That said, I think more experienced divers DO appreciate how much can be seen predictably around the island.

Turtles and whitetips are almost guaranteed. In fact, on our six dives at Sipadan, we estimate that we saw around 30-40 turtles and well over 60 sharks including grey reef sharks and one thresher shark. Beyond that, large swirling schools of jacks and massive schools of chevron barracuda were spotted on four of our six dives. That’s pretty damn impressive. 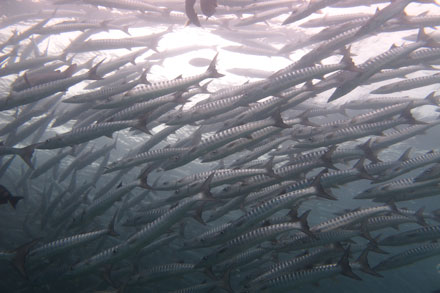 When you book your Sipadan dives, it is important to remember that due to the rigid permit system, there is virtually no flexibility with dive dates. You dive on your day – period. While we were there, visibility was only OK by Sipadan standards and cloudy skies dulled the colorful corals. It’s the luck of the draw. Having said that, we saw enormous amounts of undersea life, so I was more than satisfied.

By the way, you can look up a list of animals included in our Sipadan video above  in the  explanation included on its YouTube page. Click “show more” in the explanation to view the list of animals. What’s very cool is that you can click on the link next to each animal in the list and it jumps to that exact point in the video (actually, always one second before the actual clip).

6 responses to “Organizing your Trip to Sipadan”