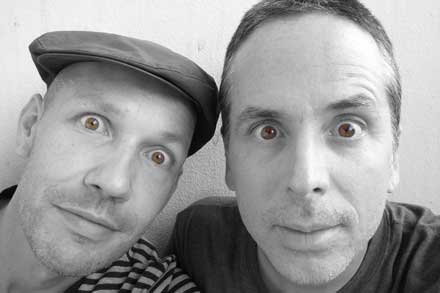 Third-world visas are the bane of our existence. Here in Indonesia, many regional immigration offices have a reputation for bureaucracy, corruption, incompetence, and downright meanness. The office here in Maumere is among the worst. For weeks, I’ve been dreading the thought of trying to extend our visa here, but to continue on to the end of Nusa Tenggara, an extension was essential.

Their requirements for an extension felt like the ultimate banana republic scavenger hunt. Using a template given to us by the immigration office, we had to type up two letters in Indonesian adapting them to our own personal situation. (Thank god for Google translation.) We had to find a local to “sponsor” us, get that local to sign our extension request letters as well as convince them to allow us to make multiple copies of their personal ID card to hand out to every bureaucrat under the Indonesian sun. Finally, we scrambled to find and purchase an Indonesian “authentication stamp” to stick next to our signatures, which in some way is meant to “prove” that our request letters were “official.” Geez. (I’d like to formally thank Jonny who runs that roadside Internet cafe / xerox copy / printout / web design / buy-what-you-need hut for his assistance in getting us that “authentication stamp.”)

After jumping through a hundred hoops, we submitted our grab bag of useless crap to the immigration office. The comatose bureaucratress, annoyed that we were disrupting her daily soap operas, smirk-screeched that our visa might be available in as little as four to five days, advising us to check back each day just to be sure. As we were staying over an hour by car from the office, we pleaded to see if the useless staff of 20 – who appeared to be doing absolutely nothing but watching TV, drinking coffee, dozing and removing lint from their navels – might be able to finish the process within the day.

Worried that our insistence was going to cost her TV-time, she reluctantly said she would try, adding, “It might be hard because many people will have to sign it.” She told us to walk around town and come back at the end of the day.

We politely stated that we did not know Maumere and had nowhere to go, so we would sit quietly and wait for the process to be completed. The queen of visa extensions was not amused. We then proceeded to stare at her with the most insidiously stupid expressions on our faces as she “did her work.” We stared at her through the soap operas, the karaoke contests, the talk shows, and still more soap operas. For SIX SOLID HOURS we stared with sappy smiles like dogs begging for food – the food, of course, being our visas. In the sixth hour, exhausted by our goofy, zombie-like expressions, she finally stood up with our passports, got the signatures, and gave us our extensions. Man, I hope that five minutes of work didn’t wear you out, lady.

Now here’s the clincher: none of this was even necessary. All the hoops that we had to jump through haven’t been required by the Indonesian government in over a year! The office in Maumere is just so in love with the crap, they refuse to give it up. Welcome to Indonesia.

7 responses to “Staring for Success”