The Metropol Parasol of Seville 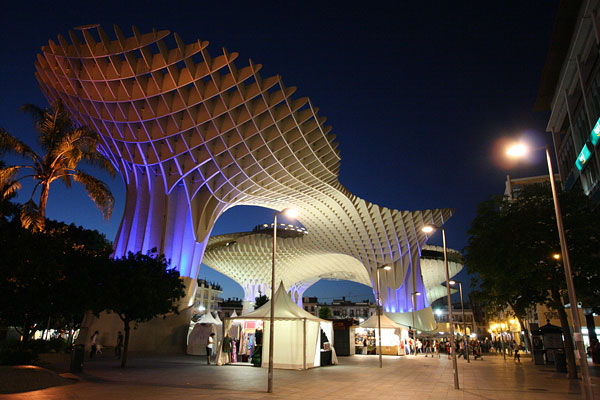 We love love love Seville’s insanely visionary Metropol Parasol. Created by German architect Jürgen Mayer-Hermann, the bizarre wooden structure manages to achieve a thousand things at once: it’s avant-garde and traditional, whimsical and serious, sculptural and functional. The complex work consists of six towering parasols composed of interlacing boards which morph their way over roads and restaurants into what is now claimed to be the world’s largest wooden structure. It kind of feels like Seville has been invaded by a giant space-waffle-fungus, but in an entirely good way.

The Metropol Parasol is more than an artistic statement; it’s also highly functional. Obviously, it provides an important source of shade for La Encarnación Square. Perhaps more of a surprise, the base platform houses the Antiquarium, a museum designed to preserve Moorish and Roman ruins discovered on site. And most spectacularly, the entire structure serves as an extremely elaborate observation deck where visitors can take in views of the surrounding old city.

For a mere €1.60, a very groovy (think Austin Powers) elevator carries you up into the waffle where a winding network of walkways weave their way in and out and up and over the parasols. It’s like an architecture junkie’s version of a Buddhist kora. The view and the experience are spectacular… and so is the price. We instantly declared it one of Europe’s (and the world’s) greatest bargains. 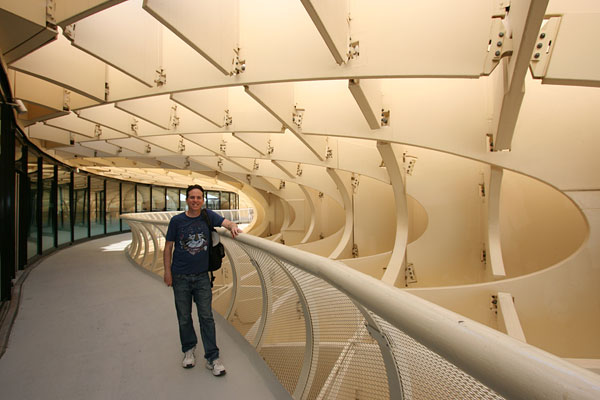 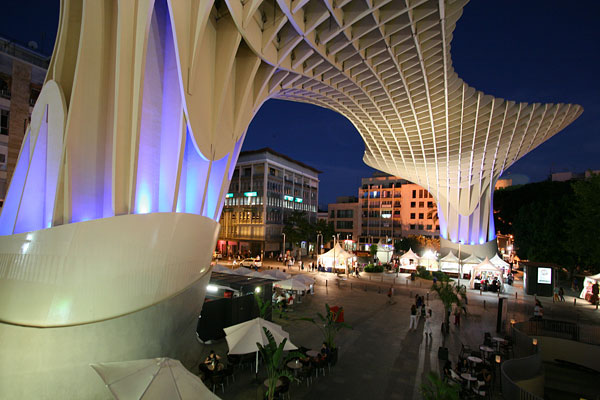 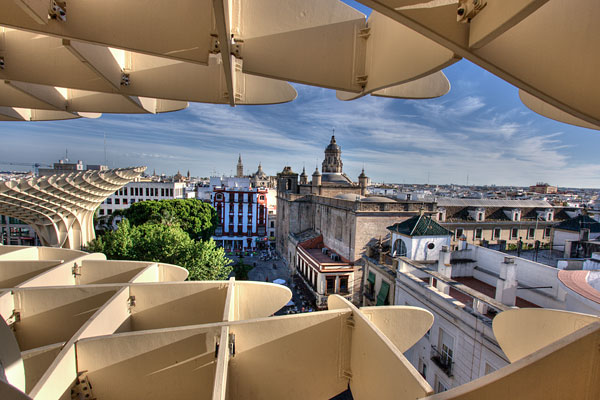 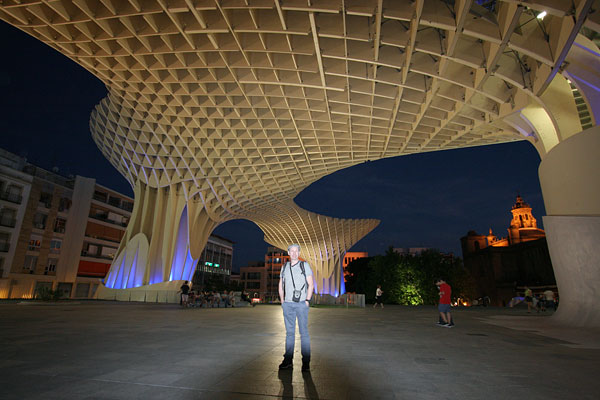 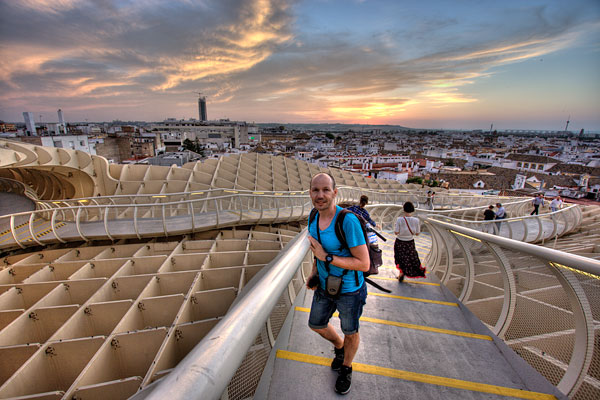 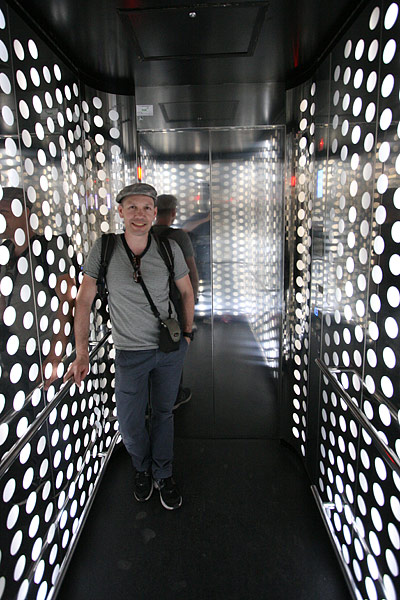 One response to “The Metropol Parasol of Seville”