Hooked on the Via Ferrata in Vallcebre, Catalonia

As I mentioned earlier on our Facebook page, I’ve discovered a new sport… and I’m totally hooked (pun intended). While we were in Vallcebre, Catalonia Tourism introduced us to via ferratas on an outing with CercleAventura, a Catalonian adventure sports company.

A via ferrata, also known as a Klettersteig in German, is an established climbing route that follows a secured steel cable as well as carved footholds, iron stepping rungs, ladders and cable bridges. Climbers wear protective helmets and harnesses and secure themselves to the cable using absorbers with carabiners. You don’t have to be an experienced mountain climber to do a via ferrata, and there are often several routes targeting different grades of difficulty.

Oscar, our CercleAventura guide on the outing, was incredibly cool and extremely patient with our group (he’s the one in the video taking a picture of me while hanging off the side of a sheer cliff). I would HIGHLY recommend him and the company to anyone visiting the Pyrenees region. CercleAventure also offers a range of adventure sports including super attractive canyoning trips which really caught my eye. As Arnie said in Terminator, “I’ll be back!” (An Austrian accent is highly appropriate for a via ferrata/Klettersteig post.) 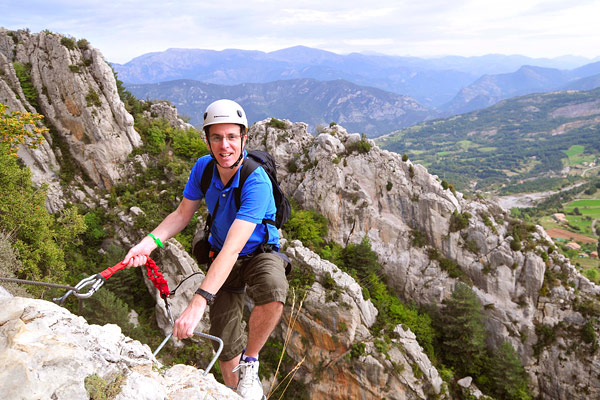 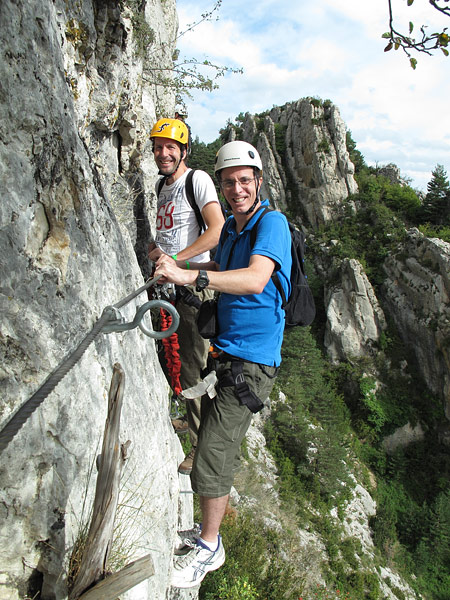 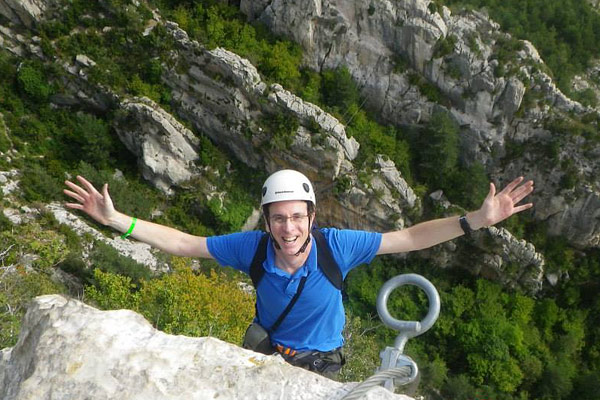 7 responses to “Hooked on the Via Ferrata in Vallcebre, Catalonia”