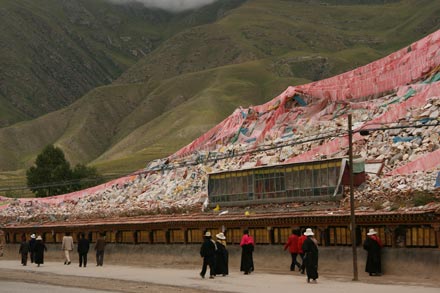 Just outside Yushu is the world famous Sengze Gyanag Mani Wall (actually, I didn’t know it was world famous until I read the sign telling me so, but it really is quite impressive.)

A mani wall is a long pile or wall of mani stones, stones engraved with Tibetan prayer texts. The Sengze Gyanag Mani Wall is the largest in the world and is believed to contain over 3 billion stones – that’s right, billion with a “B.” It takes about 15 minutes to walk around it. 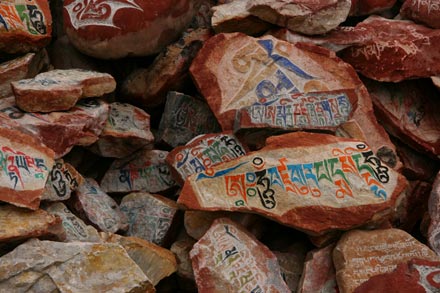 But mani stones go way beyond this one monument. They are everywhere in the Tibetan world. Tibetans love to stack them, pile them, make walls out of them, leave them lying along rivers or mountain paths.

Sometimes Tibetans even engrave huge boulders, rocky embankments or cliff faces. For such a small population, they sure have engraved a lot of rock!!! 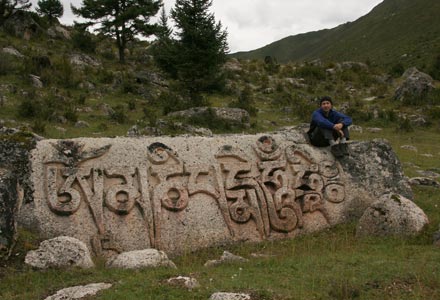