SPOILER ALERT: If you are one of those people who cherishes the fact that you climbed the tallest Mayan pyramid at Coba, don’t read this post. 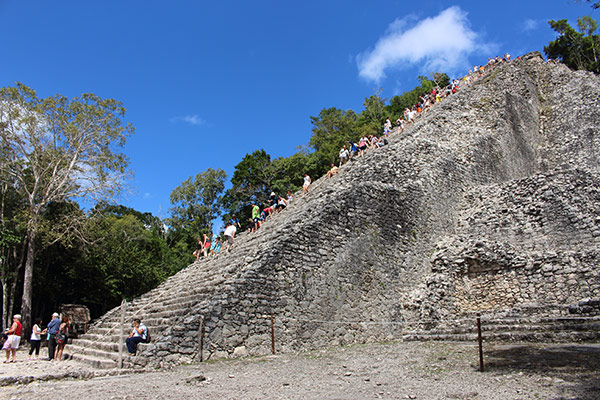 Coba is a beautiful Mayan site located between Tulum and Valladolid which should require no marketing manipulations to convince visitors to come. A sprawling set of ruins with multiple pyramids, weather-worn stelae, ball courts and a lovely jungle setting filled with birds and reptiles, Coba just feels more authentic than pruned and sculpted sites such as Tulum and Chichen Itza. We especially loved the long walks between the various groups and the stunning, rounded Xaibe pyramid. And while it might not be the tallest pyramid in the world (or Mexico… or the Yucatan Peninsula), Coba’s Ixmoja in the Nohoch Mul group is an impressive beast and a serious contender in the “funkiest ascent” category.

Climbing Ixmoja’s steep stairs is a lot of fun (if somewhat life-threatening). It’s everybody for themselves and you have to be ready to jump aside at any second should an unfortunate soul come tumbling down. The park staff has graciously placed a heavy rope down the center of the stairs for cautious climbers, but many people get tired of rope traffic jams and head up the sides. The view from the top is stupendous and the low-rising jungle gives the illusion of much greater height than 42 meters (138 ft). Perhaps, that visual effect helps perpetuate many of the rumors about Ixmoja’s height.

And for those who do care about ancient superlatives, here’s the best we could come up with:

Of course, we are only referencing ancient constructions, so we are not including things like the Trans-American Building, etc. If anyone has better info on the subject, leave a comment and we’ll change our post. 🙂 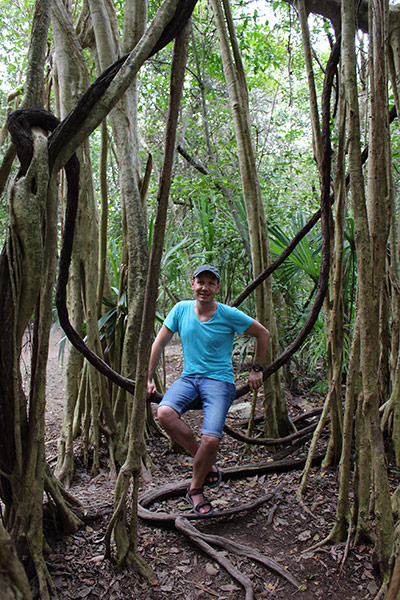 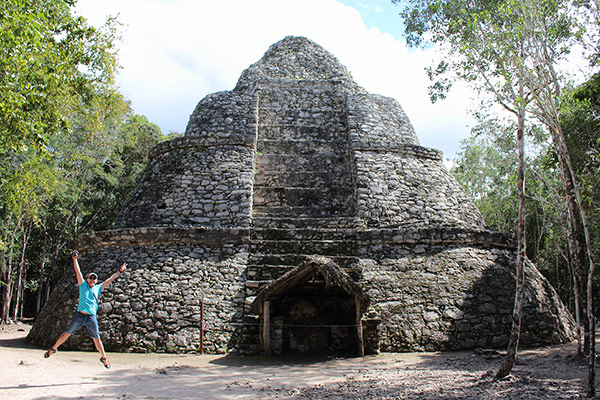 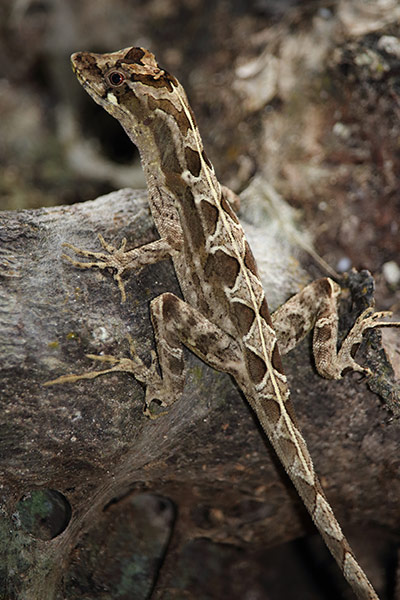 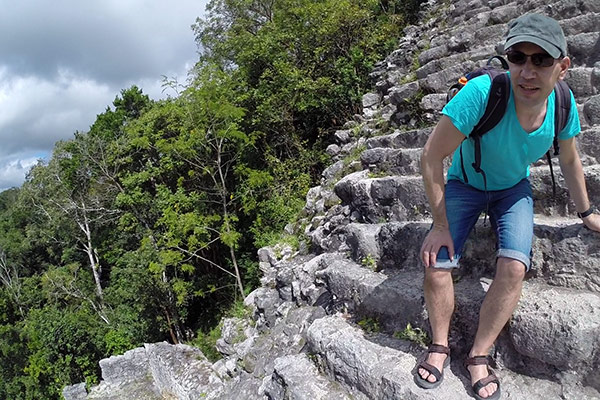 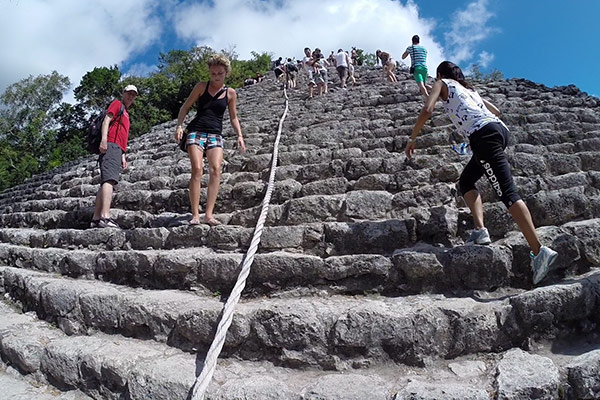 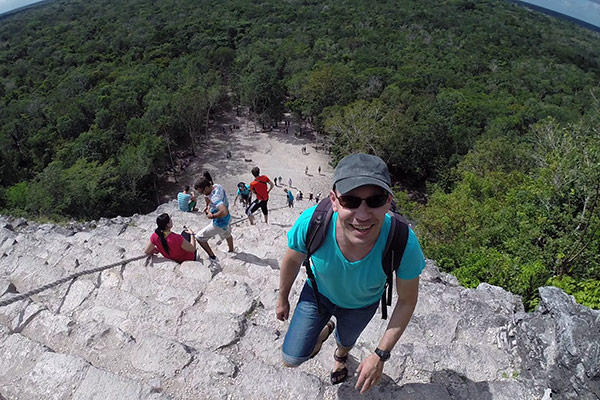 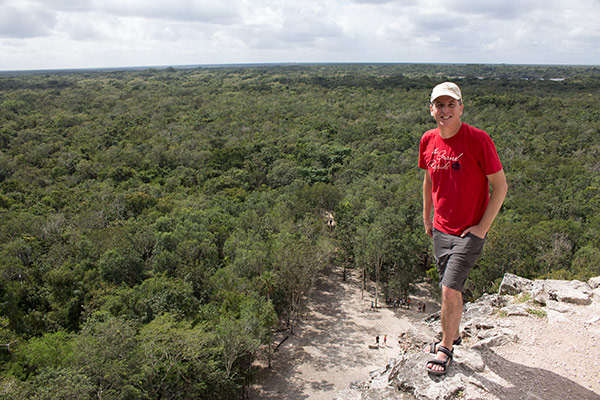