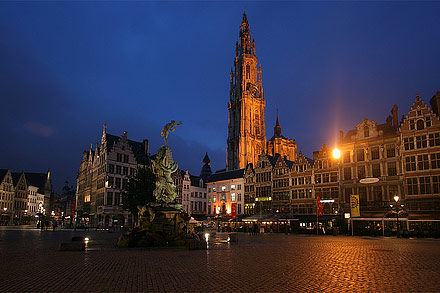 You know a city is good when, within the first ten minutes, you find yourself wanting to live there. To me, Antwerp is certainly one of the most appealing cities in Europe. Somehow, it manages to exude an air of sophistication while remaining totally unpretentious. Locals are friendly, helpful, and incredibly down-to-earth. The stunning old city center, a maze of cultural and architectural highlights, is worth the visit alone.

Just the short walk from Antwerp’s monumental train station via the Meir to the Grote Markt feels like a short course in European architecture. From the phenomenal Baroque buildings that mark the entrance to Leystraat to the Rococo Paleis op de Meir (which houses the Chocolate Line) to the beautiful Renaissance Stadhuis, it just keeps getting better. 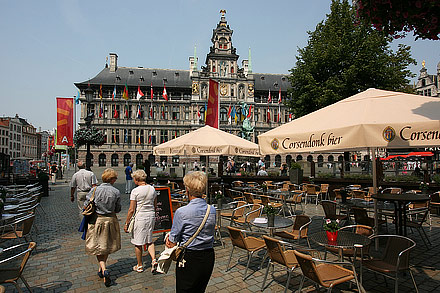 But the highlight is most certainly the supremely awesome Onze Lieve Vrouwekathedraal, a Gothic masterpiece and the tallest cathedral in the entire Benelux region. There’s absolutely no missing this church (even if you wanted to.) The cathedral contains an amazing collection of massive altar pieces, many of which were painted by Peter Paul Rubens. 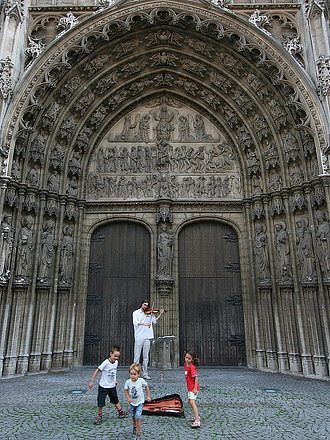 Art is everywhere. From the gardens and sculpted facades to the street musicians to the red-brick gable roofs. Keep your eyes peeled for the tiny details, the statues and the carvings, integrated into many of the ancient homes and businesses that line the streets. The city is literally a living museum. 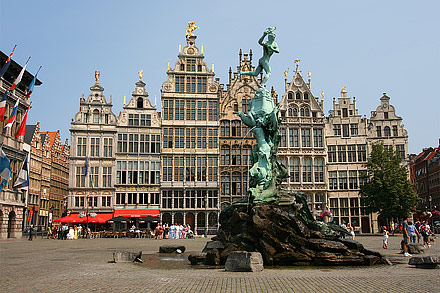 And when it comes to museums, Antwerp has its fair share. From the Museum of Contemporary Art to the Diamond Museum to the Fashion Museum, there is something for everyone. I was on a relatively tight schedule, so I only had time to visit Rubenshuis, an impressive collection of Peter Paul Rubens’ works which is actually housed in his palatial 17th century mansion. (I thought the leather walls were almost as impressive as his paintings.) 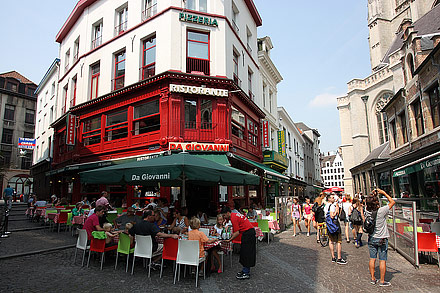 Every step through central Antwerp is impressive. The streets are filled with funky pubs, outdoor cafes, quirky coffee houses, and tempting chocolatiers and patisseries. This may not be the best city for those on a diet, but for the rest of us, it’s pure joy. 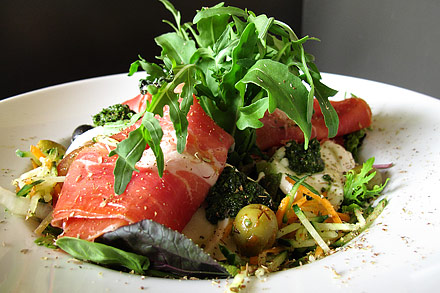 The choice of restaurants is simply mind-boggling. Grab a Hawaiian burger or a salad at the trendy Lunchbox (Nieuwstad 8), or better yet a lobster at Grand Café Horta (Hopland 2). The ring of restaurants circling the cathedral is the perfect place to sample some traditional Flemish food. And for a regal atmosphere that won’t break the bank, try the Royal Cafe in the train station.

You could literally spend a lifetime exploring new eateries housed in everything from opulent Art Nouveau mansions to old Gothic chapels. And that’s perhaps the best part about Antwerp, you never really know what’s around the corner. 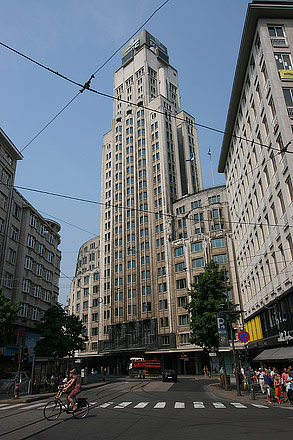 Take for example the KBC Tower, which is generally considered Europe’s first true skyscraper. It turns out Belgians were decades ahead of the rest of Europe. (Who knew the first European skyscraper was built by the Flemish? Clearly, these people need to brag more.) Another surprise is Het Steen, a grey-stone castle on the waterfront. Built around 1200, Antwerp’s oldest surviving building should fulfill any childhood castle fantasies. 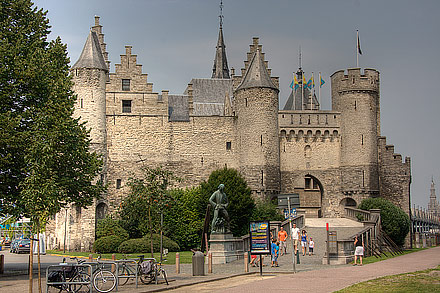 Every neighborhood reveals something new. Wandering around the diamond district near the train station, you’re likely to notice a large number of Hasidic Jews. Antwerp has one of the more significant surviving Jewish communities in Europe including many Orthodox and Hasidic groups. There are several active synagogues, including the beautiful Hollandse Synagogue in the south of the city. 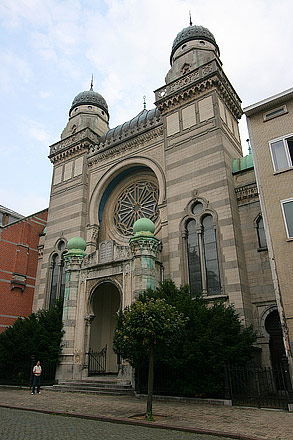 Antwerp is full of tradition and, at the same time, is very edgy and modern. The city seems to respect its past while confidently embracing its future. The people of Antwerp have such a tremendous aesthetic sense; they seem to understand just how to modernize without distracting from traditional beauty. Parking lots and some tram stations are placed underground. Modern architecture, such as the soaring Antwerp law courts, is constructed to complement rather than challenge the heritage of the city. They could teach the rest of the world a lot about restrained and cautious development. Clearly, I’m a huge fan. There is absolutely no doubt in my mind that I will come back – more than once. 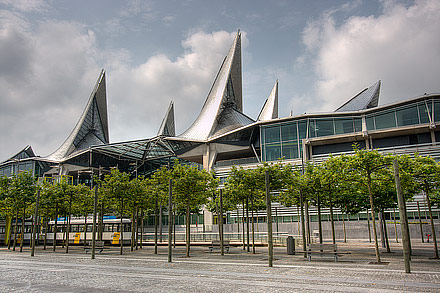