A Quick Look at Brussels 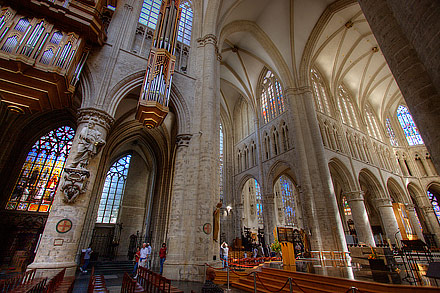 On several occasions in Flanders, I asked what is perhaps the most toxic question in Belgium: Is Brussels actually originally part of Flanders? On every occasion, I got exactly the same response. The friendly Flemish smile was replaced with an odd, hesitant expression which immediately conveyed, “Should my answer be honest or politically correct?”

If you look at a map, Brussels is a geographic island surrounded by Flanders. The city and its surrounding districts form a separate political division, a solution designed to minimize tensions between the Flemish and French halves of the country.

Architecturally, Brussels looks Flemish and it’s quite stunning, but French is clearly the dominant language. The difference in the city vibe is VERY noticeable. It’s hard to determine just how much of this difference is due to the Walloon influence and how much is a result of the large foreign presence. (Remember Brussels acts as the de facto capital of the European Union.) 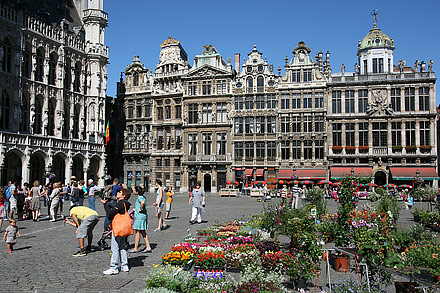 Whatever the reason, the people of Brussels feel somewhat more distant and there seems to be less of that quirky humor that I’ve enjoyed throughout Flanders. The one exception might be the enormous Smurf statue just outside the train station. Belgians don’t want you to forget their, or perhaps I should say Pierre Culliford’s, world-famous contribution to children’s programming.

Either way, the city still qualifies as one of Europe’s most beautiful capitals. And there’s enough chocolate, candy, waffles, stoofvlees (carbonade flamande), and moules frites to feed the army of travelers that bounce through on the classic European tour. But remember, if you just visit Brussels, you’re not really visiting Flanders – so think twice before you pass through Belgium too quickly.

5 responses to “A Quick Look at Brussels”