Where it all Began – Kurukshetra 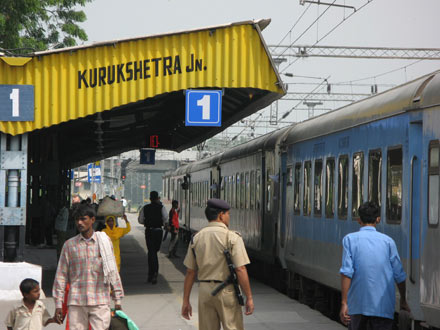 On our way north, our train stopped for a few minutes in Kurukshetra. Perhaps, you don’t immediately recognize the name, but you should. What seems to be a rather unspectacular rural Indian town at first glance is actually the birthplace of the entire universe. As if that weren’t enough, it is the place where good triumphed over evil. Now, that’s a claim to fame.

It appears that Brahma created man and the universe in Kurukshetra. (Don’t ask me how you create the universe in a particular town. It just is so.) Sometime later, Krishna delivered his epic Baghavad Ghita sermon advising Arjuna before he fought the epic Mahabharata battle here, ultimately triumphing over evil.

Hmmm, perhaps, we should have spent more than three minutes there.