The World of Angkor

There might still be a couple of people out there who don’t recognize the name Angkor Wat. That won’t last long. Clearly one of humanity’s greatest architectural and sculptural achievements, the phenomenal temple-city of Angkor Wat is listed in the Guiness Book of World Records as the largest religious structure in the world. It’s big, very big. 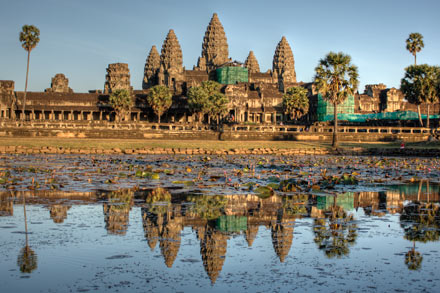 What many may not realize is that Angkor Wat is just one of many spectacular structures in the no-longer-lost world of Angkor. Scattered throughout the jungle is a selection of palaces, temples, pyramids and ritual tanks with names unfamiliar to those who have never visited the region. To give our visitors a little taste of Angkor, we’ve put together a pictorial of its treasures.

2 responses to “The World of Angkor”