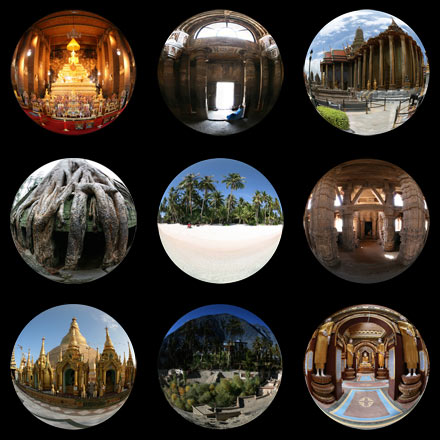 Traveling through Cambodia earlier this year, we ended up with so much video footage that we never got around to assembling it into a movie. It’s been bugging me ever since. But after our trip to Angkor Wat with Tony’s mom Freda, I saw my chance and finally sat down to put it all together. Well, here it is: 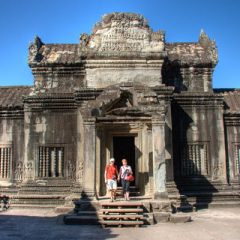 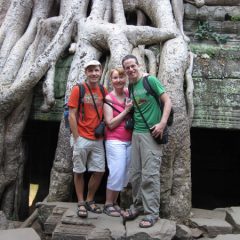 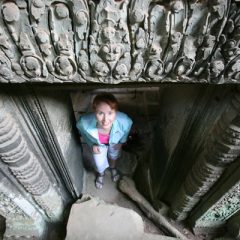 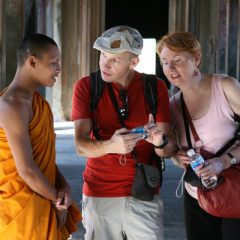 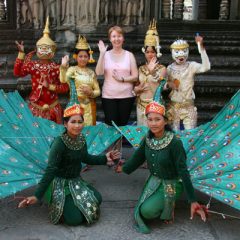 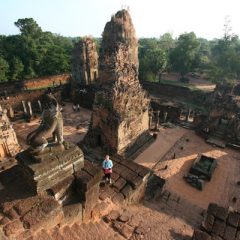 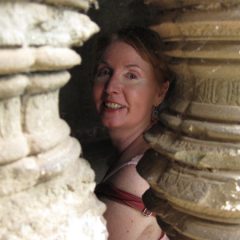 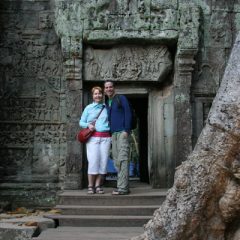 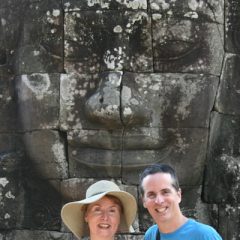 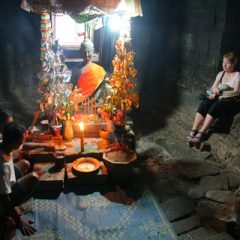 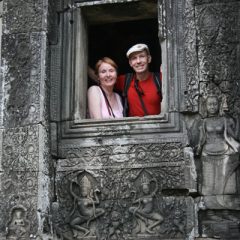 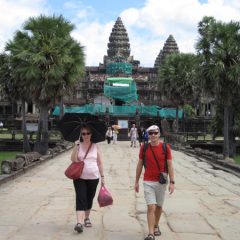 So was the Cambodian border saga worth it? Absolutely. Mom has fallen in love with Angkor Wat as you can see in the gallery above. And although we were in Cambodia just ten months ago, we just can’t get enough of this spectacular world wonder.

Cambodia is an extraordinary country – but let’s be honest, crossing its borders makes you want to strangle people.

For years, corrupt Cambodian border guards and customs agents have hassled visitors to their country demanding bribes for everything from entry stamps to bird flu health forms. Sometimes, requests for bribes are aggressive and threatening. More frequently, requests are tongue in cheek pleas which appear more like jokes. Either way it’s annoying.

For this reason, we were quite happy to see that the Cambodian government’s latest attempts to crack down on corrupt border guards at the Poipet crossing had been reasonably successful. Of course, the guards still demanded a bribe before issuing our on-arrival visas, but when we said no they didn’t fight it. (Hey, that’s some kind of progress, isn’t it?) Sadly, most of the foreigners crossing the border still nervously paid bribes, some stupidly not even realizing they had done so. Oh well.

But our enthusiasm at the government’s modest reforms was relatively short-lived. It turns out END_OF_DOCUMENT_TOKEN_TO_BE_REPLACED

Visitors to our site might remember Aki Ra, a former Khmer Rouge child soldier turned landmine activist, whom we wrote about when we visited the Landmine Museum outside of Angkor Wat earlier this year. Aki Ra has been nominated as one of CNN’s Heroes for 2010 for his campaign to clear Cambodia’s landmines. As if that were not enough, Aki Ra’s Landmine Museum helps educate people on the landmine plague while earning money to support an orphanage for local children. 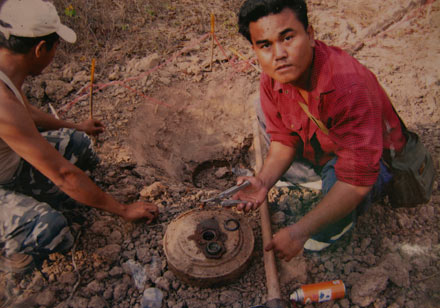 Since 1993, Aki Ra and his team have cleared around 50,000 landmines and unexploded ordnance. His dedication to this important cause should definitely earn him this title.

Please vote for Aki Ra to make him CNN’s Hero for 2010. Voting is open through November 18. The results will be aired on Thanksgiving night, November 25. 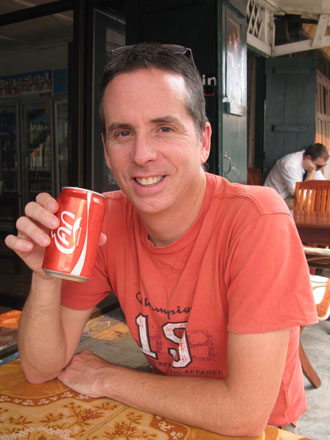 Finally! Beverly and I are so sick of hearing that we are in our forties whereas YOU are in your thirties. Well, Sir, welcome to the club. It hurts, doesn’t it?

As our time here is coming to an end, I think about all the great food Cambodia offers. Crunchy frogs, scrumptious Amok and tasty tarantulas have made up only part of our diet, and when other travelers ask me for a food recommendation, I always come up with a few interesting treats. 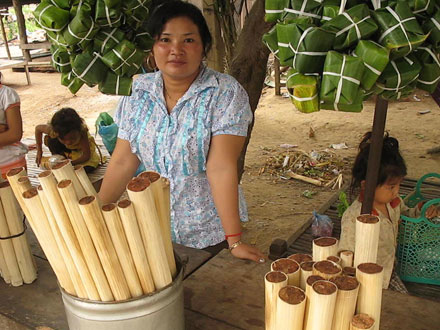 There’s nem, river fish zinged up with ginger, lime, chili, garlic and probably MSG. The snack is then neatly wrapped in banana leaves and sold by the dozen. But don’t be fooled, the packages are deceptive. END_OF_DOCUMENT_TOKEN_TO_BE_REPLACED

Cambodia: What a Dollar Can Buy You

If you are traveling on a tight budget, Cambodia can be a challenge. Excursions, temples and monuments can eat up quite a chunk of money, but I wasn’t prepared to spend even more on food. Sure, if you live off of noodle soup and little snacks in street-side stalls, you can get by. But Tony and I like our Fish Amok and Cambodian beer. 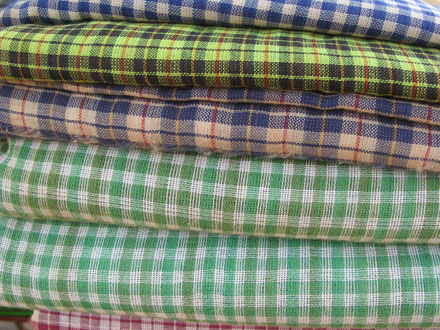 We ended up spending almost 40 percent of our monthly budget on food, more than we spent on hotels. There definitely seems to be a trend. Food prices are rising quickly all over the world. Especially fruit can be shockingly expensive. It’s crazy to pay $1 for a mango at home, but it’s even crazier to spend that much in Southeast Asia. Luckily, that dollar can buy you plenty of other things. Check out what you can get for around a buck:

The Mekong is truly beautiful. The river has a palpable energy which sets it apart from many other rivers in the world. It feels magical. I’m not sure I’ve ever seen another large tropical river with clear, blue water – it’s quite extraordinary. Gliding through the white sand banks and forested islands in a long-tail motor boat is pure joy. The small stilt villages and colonial river towns recall another age. I would go so far as to say that it’s second only to the Nile on my short-list of super rivers. Clearly from the photo collage, I’m not the only one who is enjoying it. 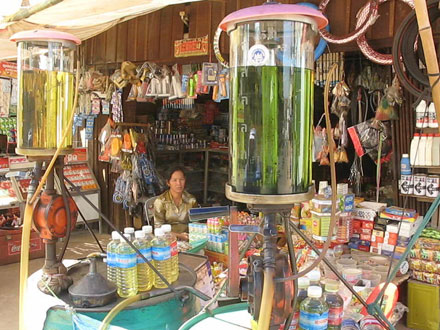 Cruising around on our mopeds through the Cambodian countryside, we have had a hard time spotting gas stations. Nothing looks like a Shell with an air-conditioned convenience store. Instead, fuel hand pumps present the latest technology in these regions.

Whenever I see a hand pump sticking out of a rusty fuel barrel, I think of an episode of END_OF_DOCUMENT_TOKEN_TO_BE_REPLACED