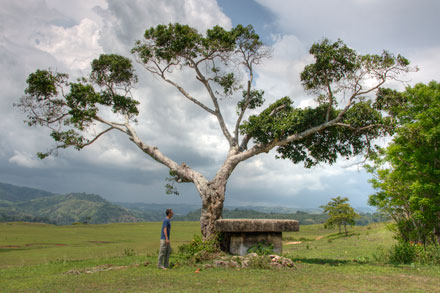 As we were exploring the coast along Sumba’s southern Wanokaka region, we happened upon this solitary dolmen-like tomb under a magnificent tree. As a kid, The Lion, the Witch, and the Wardrobe was one of my favorite books and I read the entire Chronicles of Narnia several times, so it’s not surprising that I immediately associated the site with Stone Table, the mysterious ancient site which figures prominently in the book series.

Situated on a plateau just south of a meandering river near the edge of a forest, the setting was eerily similar. I’m certain C.S. Lewis’ legendary site is NOT based on a Sumbanese tomb, but that didn’t matter to the eight-year-old in me.

One response to “Stone Table”