Sometimes, You Just Have to Yell 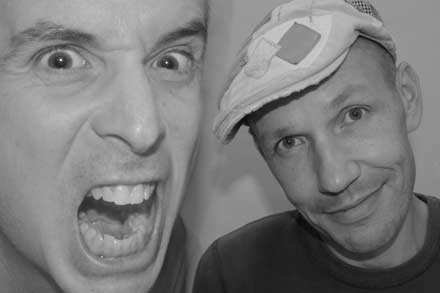 Thomas and I have the good-cop/bad-cop act down to a fine art. Sometimes, I don’t even realize that I am doing it, it has become so automatic. Of course, as many of you might suspect, I generally play the role of bad cop.

You might remember that we recently lost our underwater camera while we were diving in Sabang, Mindoro. Shortly thereafter, we purchased a replacement water-resistant snorkeling camera (Canon D10) to allow us to capture some of the underwater treasures in Palawan and beyond. Well, as luck would have it, our new camera started leaking after less than a month. Damn.

Luckily, we had the foresight to purchase our new Canon D10 camera from a reliable chain which supposedly had great customer service and support. The store assured us that all repairs or returns would be painless. So when we approached the store and they informed us that the camera would be “repaired” within EIGHT weeks, I was not amused. We both first tried the polite route. But this being the developing world, politeness proved to be less than effective.

So I started yelling, and Thomas started playing negotiator.

Within ten minutes, they had the Canon service center on the phone and a replacement camera had been ordered. Problems were solved, weeks of waiting vanished, a seemingly impossible task had quickly been accomplished. Our good-cop/bad-cop routine, once again, worked wonders.

Moral of the story: sometimes, you just have to scream your lungs out – it sure beats the hell out of throwing $400 in the garbage.

One response to “Sometimes, You Just Have to Yell”