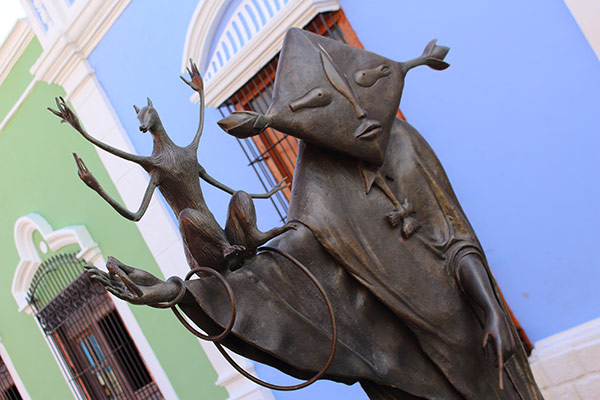 The city of Campeche is a fantasy, a UNESCO World Heritage site with perfectly restored buildings, cobblestone streets and pastels as far as the eye can see. And no, it’s not just another old Spanish colonial town. It definitely stands out among all the Mexican cities we have visited.

Unlike Merida, where the beautiful and the not-so-pretty are all mixed up, Campeche wows you from the moment you step through one of the city gates. There’s no bad angle here. It is colorful, lively, and insanely photogenic. The fact that much of the old town is surrounded by a fortified wall had Tony jumping for joy (remember, he has a serious city wall fetish). Some of the missing wall is even being reconstructed, which is quite impressive. 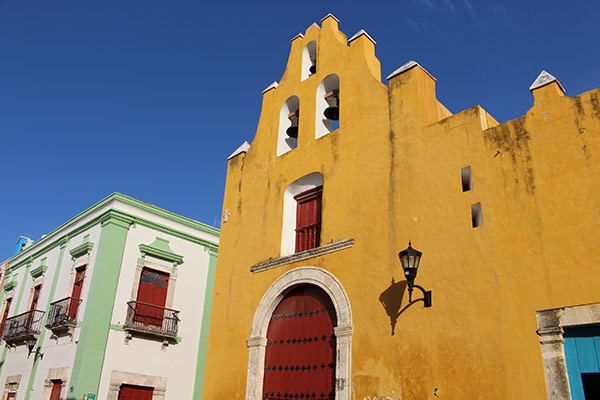 Once upon a time, those bastions and forts along the Golf of Mexico served to defend the Campechanos from pirate attacks, and rusty canons remind visitors of a more swashbuckling era. The city recalls those memories with enjoyably cheesy pirate-themed reenactments (try not to laugh out loud). 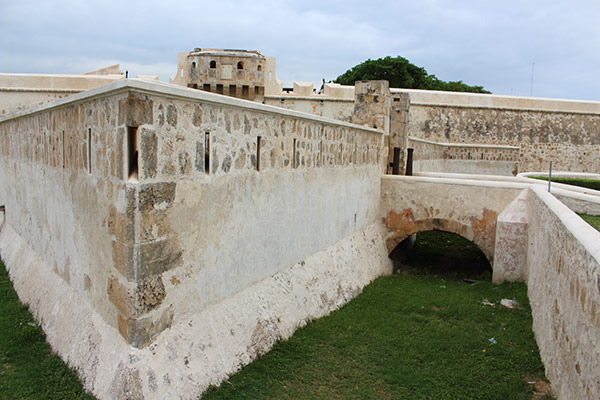 But the best thing to do in Campeche is simply walk through its beautiful if somewhat dangerous streets. Seriously, Campeche has the highest sidewalks we’ve ever seen, and we witnessed some scary falls involving tourists and locals alike. (The reason why they are so high becomes obvious in a rainstorm.) Luckily for those who wish to get off the sidewalks, several of the streets in the old town have been converted to pedestrian zones featuring little cafes and ingenious pieces of alien-like art. In fact, the creative artworks all over the city were the biggest selling point for Tony and me. We discovered fantastic statues with the quirkiest details at every turn. 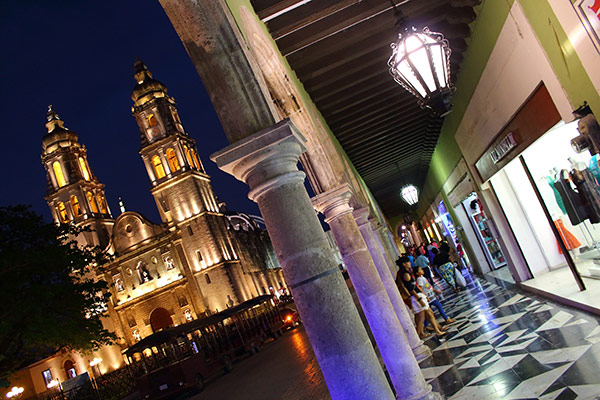 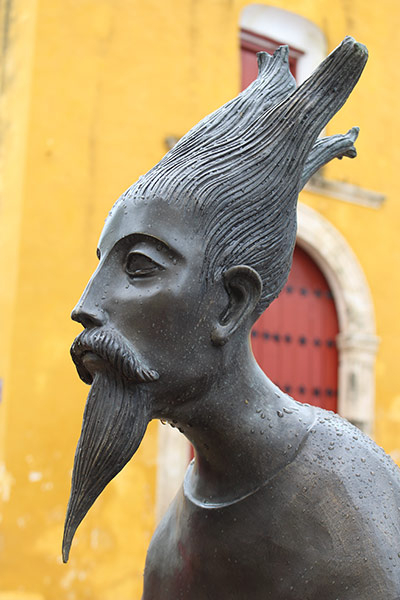 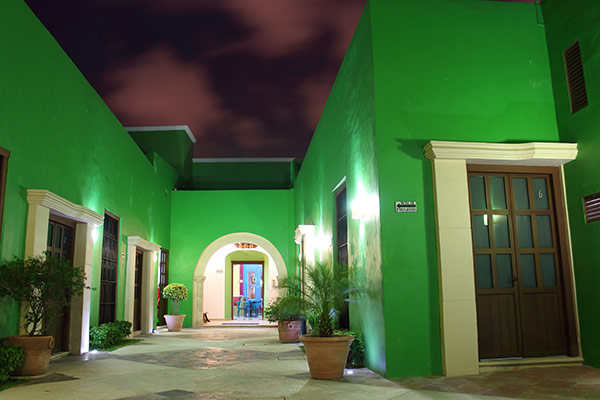 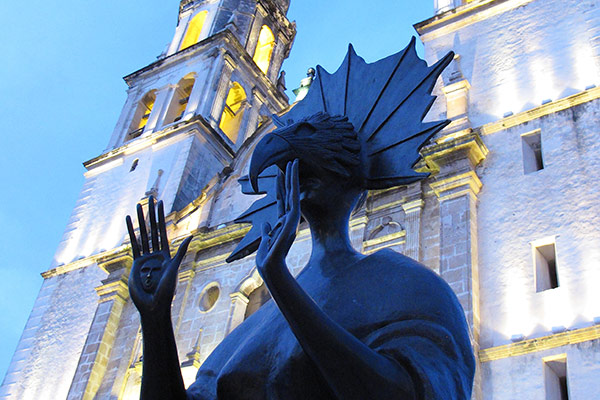 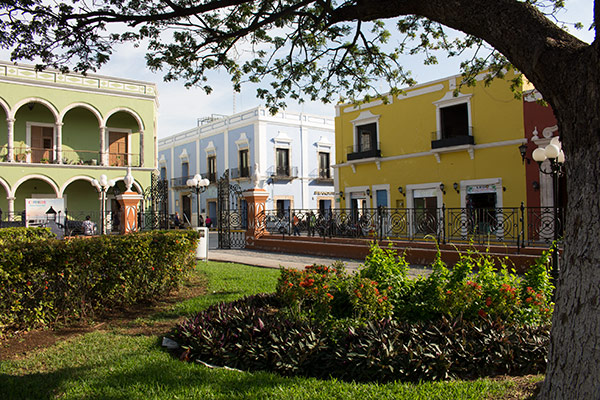 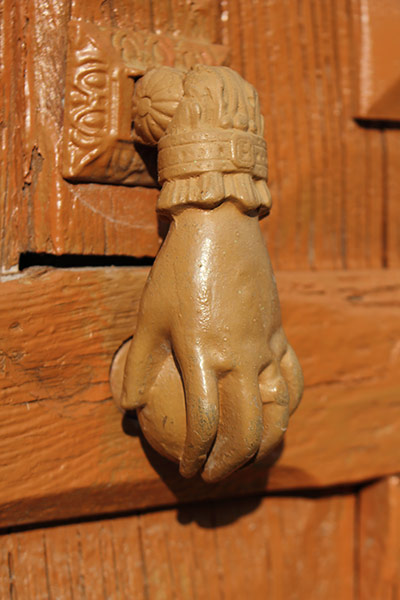 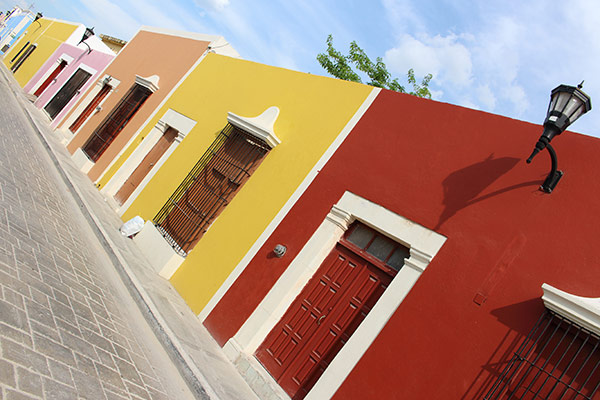 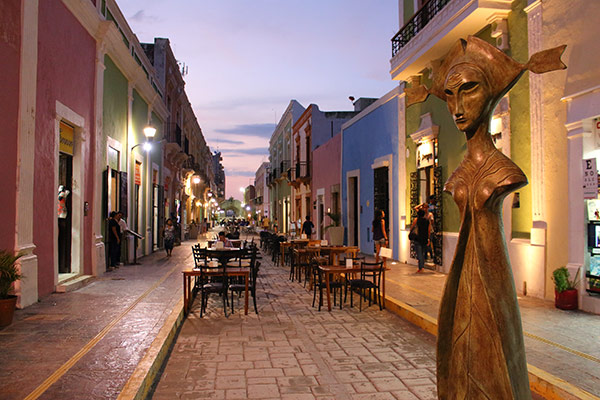 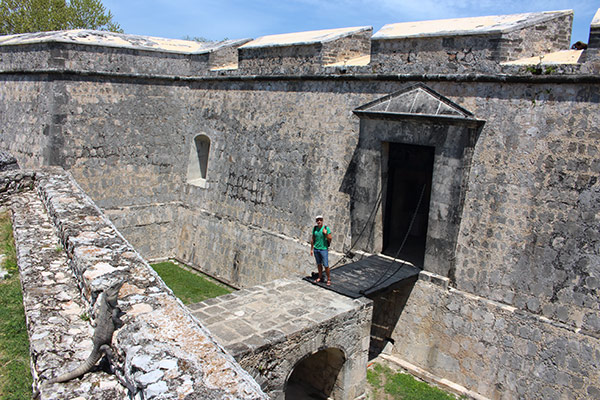