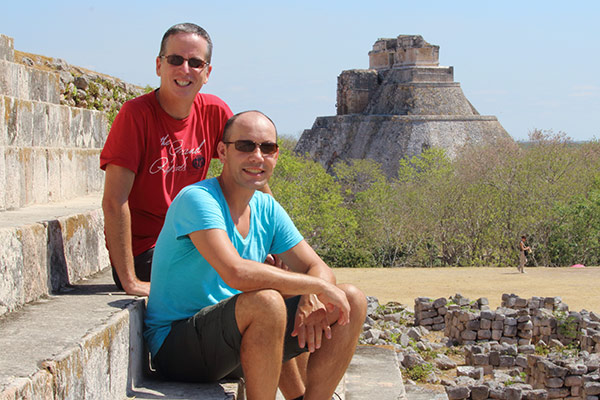 Uxmal is awesome! Located 80 km south of Merida, the ancient city is consistently ranked as one of the most impressive Mayan sites. As soon as you enter, the rounded Pyramid of the Magician looms above announcing that everything at Uxmal is going to be a bit different. As with many of the smaller nearby Puuc sites, the stonework at Uxmal has held up exceptionally well meaning that much of the exterior architectural ornamentation remains intact. It is one of the best opportunities on the peninsula to get an idea of what a Mayan city would have actually looked like.

As we moved further into the complex through the Nunnery Quadrangle towards the House of Doves, I kept asking myself why Chichen Itza has received so much disproportionate attention. It’s unfair to Chichen Itza and it’s unfair to the dozens of spectacular sites throughout the Yucatan, such as Uxmal, which have so much to offer visitors. We spent more than six hours at the site taking in the art and examining all the detail: Chaac masks, skull carvings, geometric patterns, lattice-like stone work, and stylized birds, snakes, and jaguars. Stunning! We were studying it so closely that we found quite a few animals including bats, swallows and spiders living in the cracks.

Unfortunately, visitors cannot climb the Pyramid of the Magician (although for once, I actually agree that that might be deadly). They can, however, climb the partially restored Great Pyramid or the Governor’s Palace and take in the stellar views over the entire site. As with other sites we’ve visited in the Yucatan, Uxmal is a total iguana fest. Unlike other sites, motmots seemed to be gliding past us at every turn, so bird watchers bring those binoculars. See travel tips below 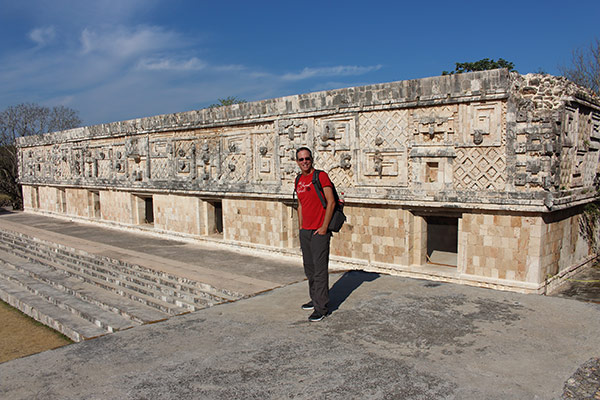 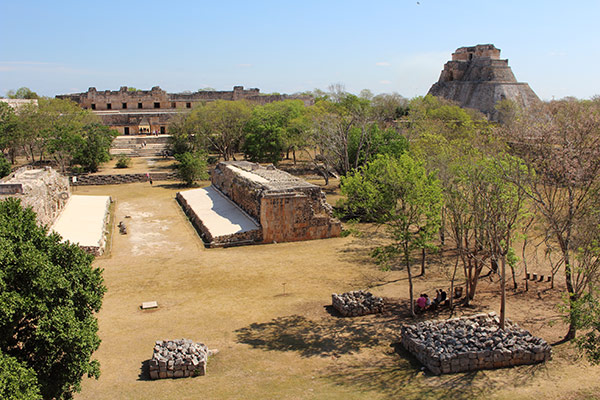 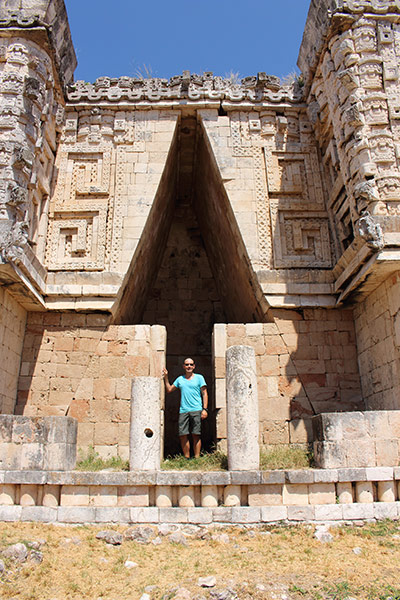 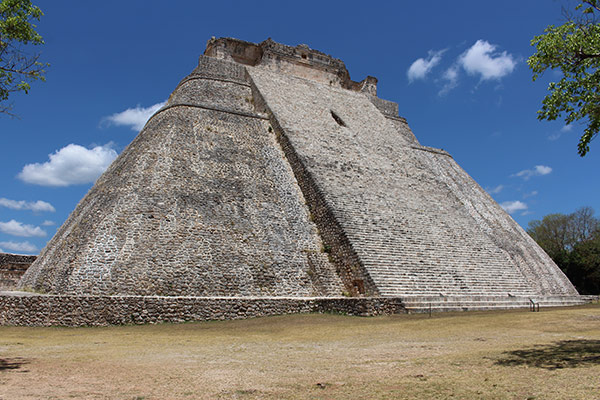 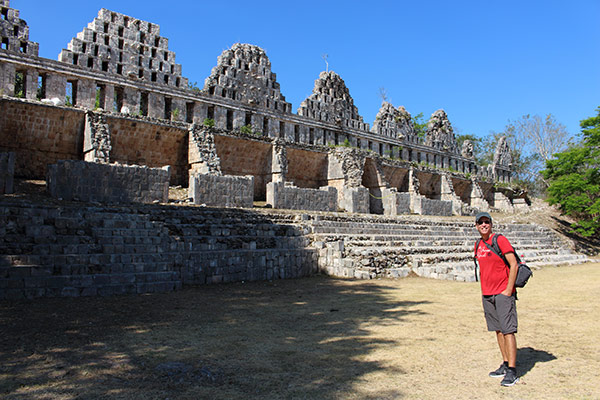 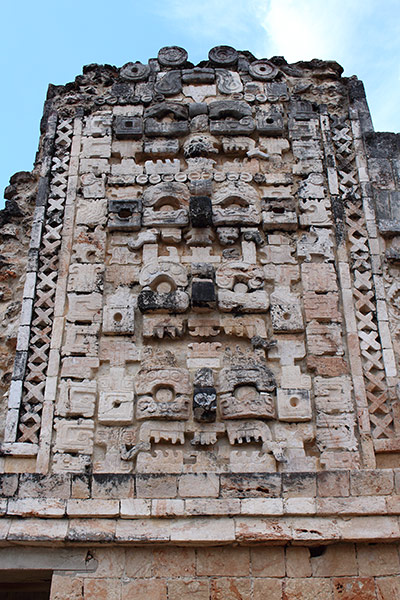 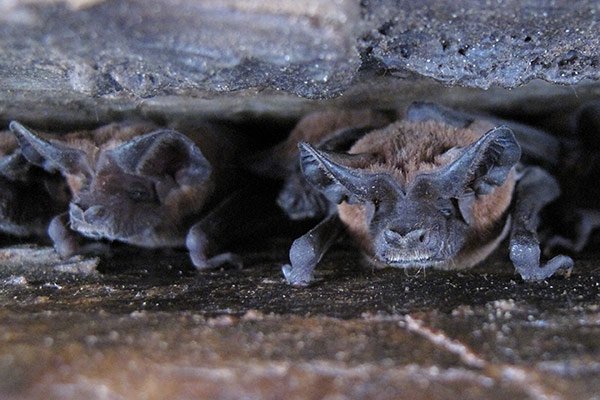 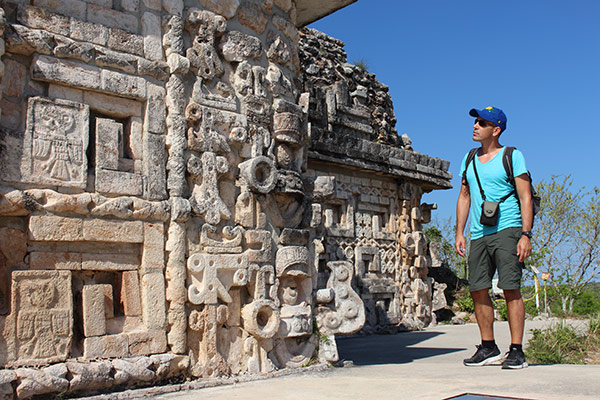 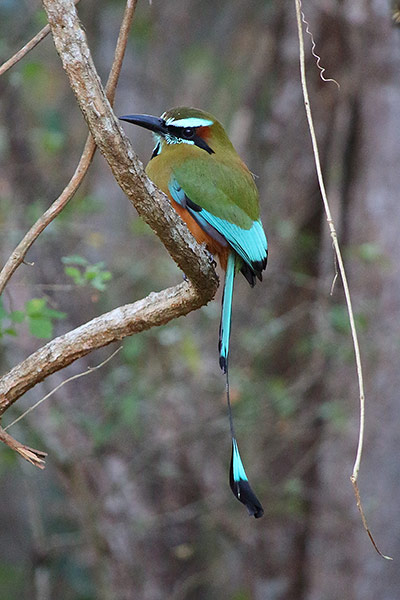 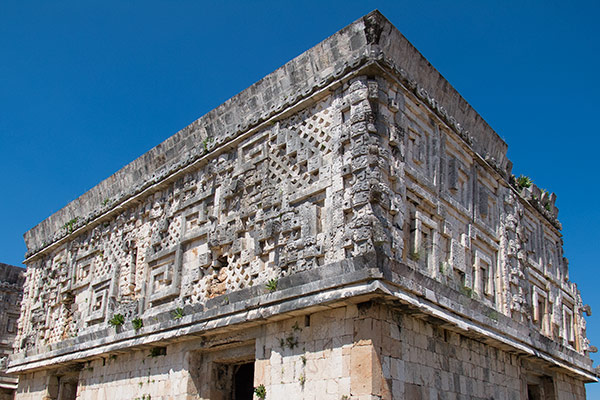 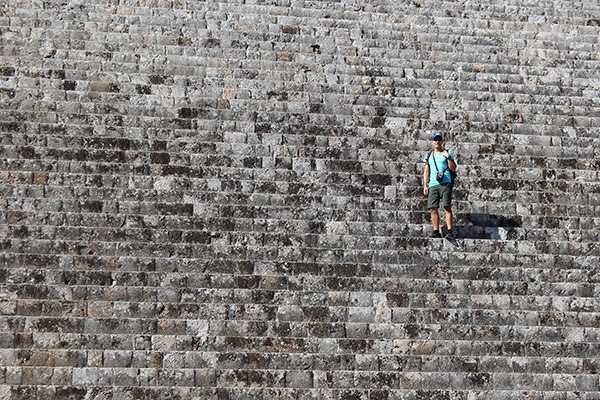 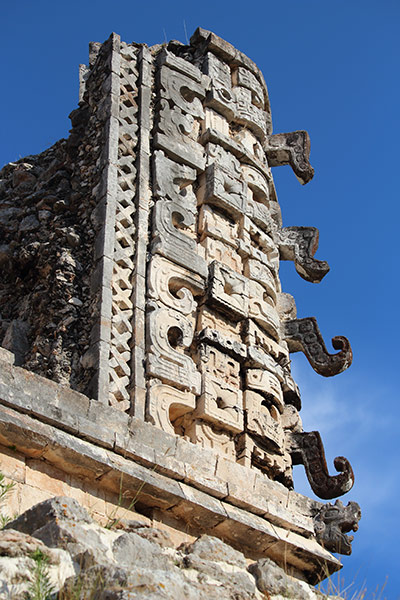 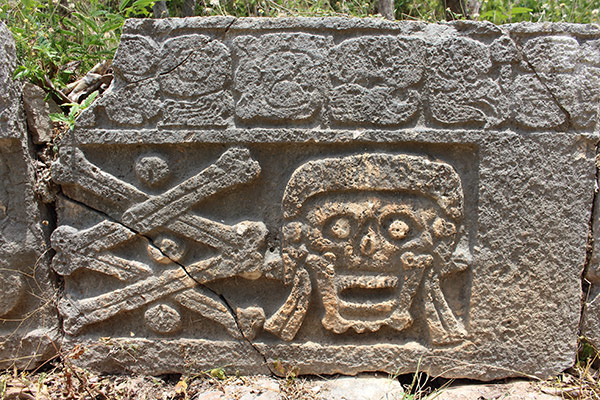 Tips for Independent Travelers to Uxmal

If you are like us, you’ll want to get to Uxmal as soon as it opens. (We were literally the first ones in the door.) Guidebooks and the Merida tourist office all suggested that an independent trip to Uxmal from Merida was difficult because of the bus times. Most seem to suggest that the first bus past Uxmal leaves at 9:00 AM meaning that you wouldn’t get there until around 10:30, but that’s not true. SUR buses to Campeche were leaving from the TAME bus station at Calles 69 & 68 at 6:00 AM arriving at Uxmal at 7:30 AM. Buses back can be a bit crowded in the afternoon, so try to be flexible and don’t wait till the last bus of the day.

There is also a weekly Oriente bus tour (178 pesos) on Sunday operating out of the same TAME bus station which takes in Uxmal, Kabah and the three Routa Puuc sites in one day, but be warned that the tour is VERY fast and usually only leaves about 1 hour and 30 minutes for the visit to Uxmal. We used this same tour to take in those additional sites and just skipped Uxmal because we chose to visit it independently.