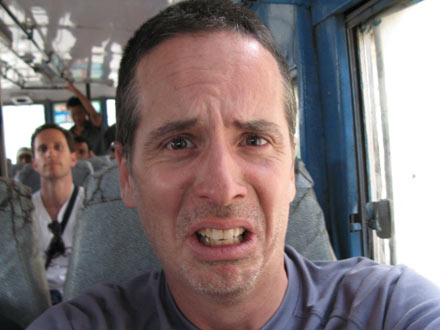 Over the years, we’ve seen the world’s worst roads. Rock-strewn trails from the Sudan to Tibet. Muddy nightmares from Guatemala to Madagascar. Don’t get me started about central Africa. But nothing could prepare us for the journey from Kinnaur to Spiti – pure vertical nightmare.

During the last year, we’ve been on a tour of the world’s most terrifying mountain roads from Sichuan to Tibet to Nepal. You really would have thought that we would have experienced the worst of the worst when it comes to mountain roads. WRONG! Lonely Planet describes the road between Rekong Peo and Tabo as follows:

This could well be the most hair-raising road in India – even die-hard travelers have been known to finger their rosaries as the bus skids around hairpin bends with millimeters to spare. 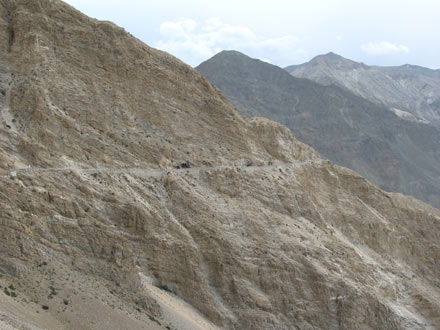 Talk about understatement. On several occasions, I spotted what I believed to be narrow walking paths carved from sheer walls plummeting downs into the river valleys below. Little did I realize we would be driving on those!!! I do have to acknowledge the tremendous driving skills of the bus drivers being able to drive on “roads” that many people would be afraid to walk on. But I kept thinking one sneeze, just one little sneeze… 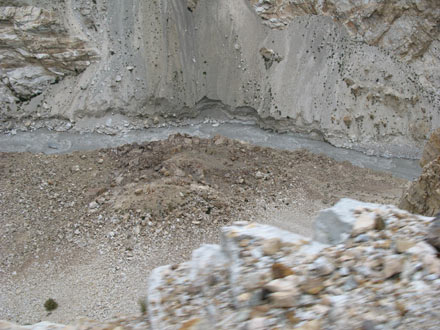