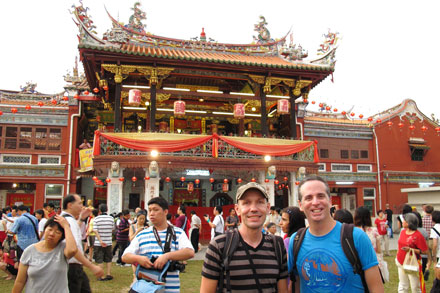 The tenth day of Chinese New Year saw Penang’s old city transformed into an open-air celebration of everything Chinese. The festivities were organized by the Penang state government to showcase Georgetown’s old city, a UNESCO World Heritage Site, as well as to highlight the rich cultural heritage of Georgetown’s Chinese community, which includes large numbers of Hokkien, Cantonese, Toishan and Hakka. 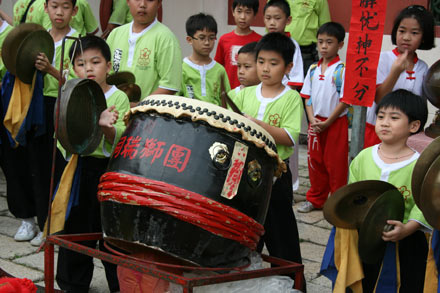 The entertainment offerings were far too numerous for any one person to take in, so we chose the stage in the atmospheric courtyard in front of the Cheah Kongsi, one of the oldest and most beautiful clan houses in Georgetown, to take in a sampling of the performances. There were kids playing drums as well as  numerous lion dances including one which featured Ken as the lion’s backend. You go Ken!!! 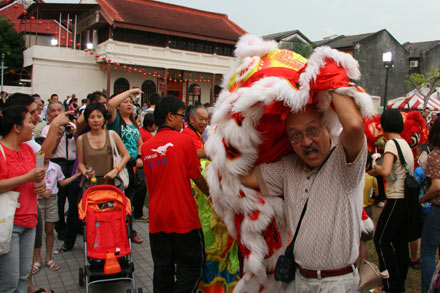 After the performances, we set out to explore the frenzy around us. The streets were packed and every step was a challenge as thousands of people jostled for views of the stages, access to the clan houses, and a bit of shelter from the sprinkling rain. The high-energy environment and colorful chaos were the perfect way to, yet again, celebrate Chinese New Year. The whole thing was a blast. 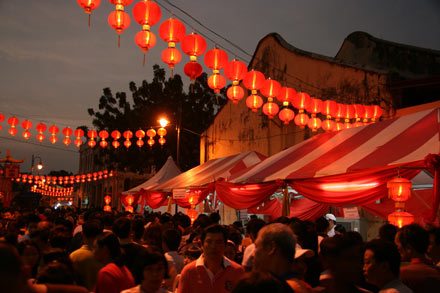 Clearly, Penang takes Chinese New Year seriously and has gone to great efforts to reward its visitors with numerous events. We’ve noticed huge numbers of mainland Chinese visiting during our stay. This is not surprising as Georgetown and Penang Island have preserved many of the New Year traditions and interesting cultural idiosyncrasies better than mainland China. For festival fans and those interested in traditional culture, we highly recommend a visit to Penang during the New Year festivities. 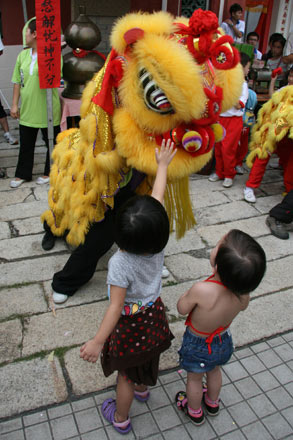