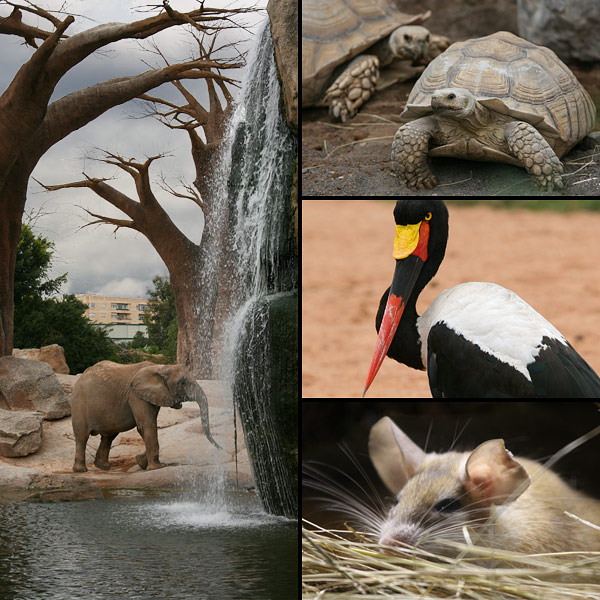 Bioparc Valencia is extraordinary. Even if you hate zoos – and I’m not really sure I should even call it a zoo – there’s a good chance that you might make an exception for the Bioparc. And before you write this off as promotional hype, I remind readers that I come from San Diego, California, home to America’s most famous and beloved zoo. I don’t pile on the zoo praise easily.

The Bioparc isn’t the biggest zoo, and its animal collection is not the most extensive. What distinguishes the park is its phenomenal, immersive design. The entire complex seems to have been conceived of as a single construction, which manages to convey the experience of wilderness far better than most zoos. It’s a unique accomplishment. 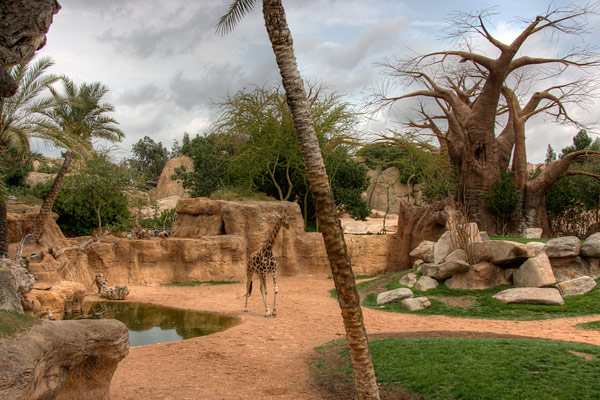 I first approached the park about doing a blog article after hearing about it from a worker at the Oceanogràfic, another impressive Valencia institution. The Bioparc was very receptive and even offered me a guided tour of the park to help me understand what distinguishes them from other such facilities. 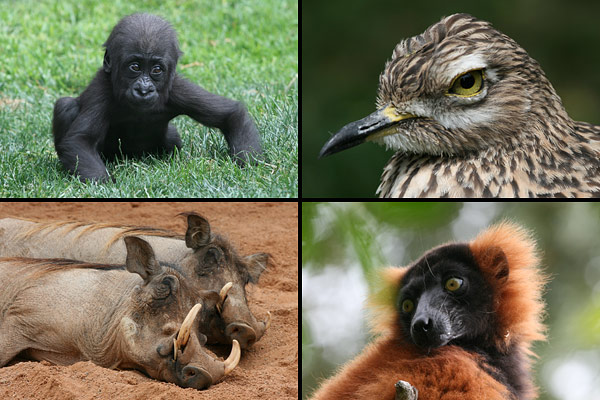 The most obvious and impressive difference is their exceptional enclosure design. One thing that always fails in zoos, including the San Diego Zoo, is the inability to convey the scale of the natural world. Large animals such as elephants and giraffes simply look better in nature than they do in zoos because they fit in better with large trees, sweeping plains, and monolithic boulders and kopjes. 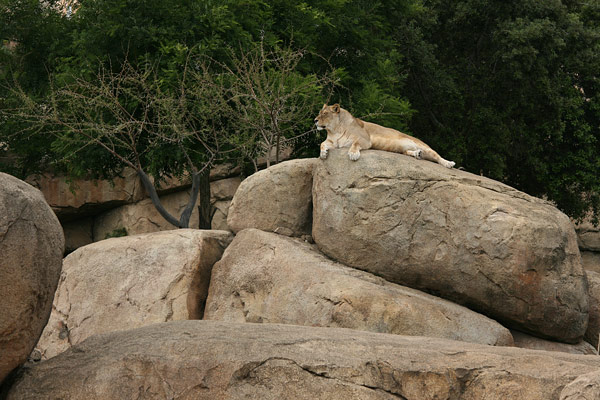 As you can see by pictures in this post, the mammoth artificial baobabs and towering waterfalls literally dwarf the elephants and giraffes. The Bioparc gives animals space to move. This is actually the first inner-city zoo I have ever visited where I actually saw giraffes running, which is a true sight to behold. And the lions had the ability to climb up onto massive boulders where they could look out over neighboring enclosures full of gazelle. I actually have pictures from Africa that look remarkably similar. 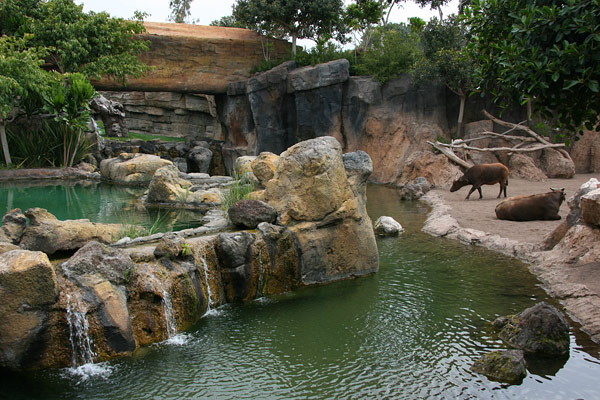 Enclosures are very successfully layered to give the impression that predators and prey intermix. This appears to have the additional advantage that prey maintain certain defensive behaviors which are often lost in other zoo environments. Barriers are remarkably well hidden. As I entered the Bioparc, I was talking to Eva, the park representative, when I turned to discover a hyena, just feet behind me, eyeing me like I was a juicy T-bone steak. The illusion of nearness and danger was so real that I felt that spike of adrenaline which occurs during risky close encounters in the wild. I’ve never felt that in a zoo anywhere in the world. 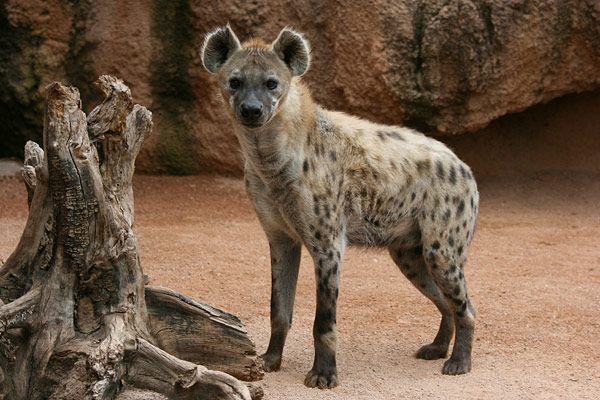 And that’s the magic of the Bioparc. Visitors feel like an integral part of the experience as paths twist and wind their way through a variety of ecosytems. The most innovative was the remarkable Kitum Cave system with its hidden pools filled with albino fish, insect niches, and  underwater hippo viewing. 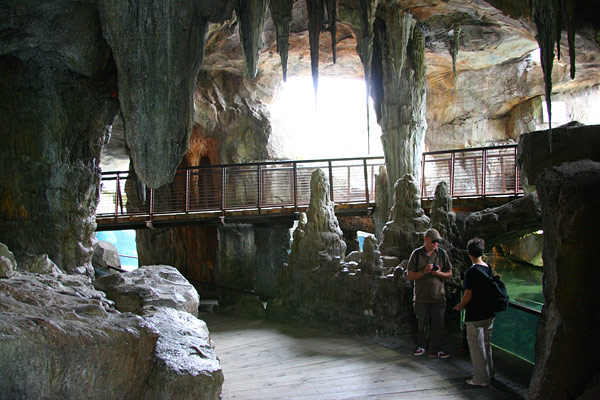 I also really enjoyed the Madagascar zone, which like the Singapore Zoo, allows visitors to walk through an area with free-ranging lemurs. Visitors can explore the trees actively searching for sleeping ringtails and brown lemurs. The Bioparc really distinguishes itself with subtle innovations like the elevated lawns within the Madagascar exhibit, which bring the lemurs playing in the grass up to eye level. Photographers will go nuts here. 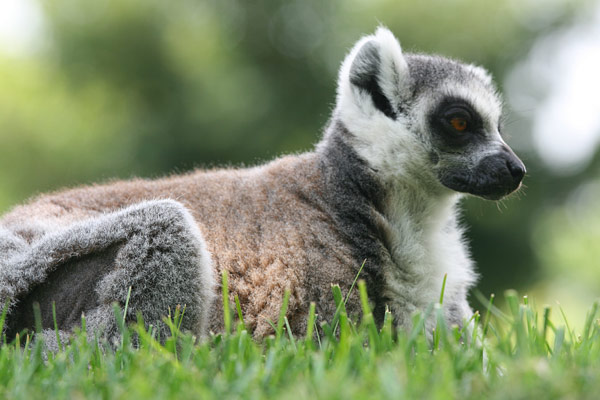 But in the battle to create the world’s best designed zoo, the Bioparc’s secret weapon is their use of artificial trees. The gnarled roots of towering trees are used to frame the windows which separate visitors from wildlife. Hollowed out tropical trunks conceal the entrances to various enclosures as well as to work areas used by park staff. And my favorite detail was the use of fallen trees as walkways between attractions. Very, very cool! And lets not forget those amazing baobabs. Many zoos attempt such effects, but Bioparc does it better. 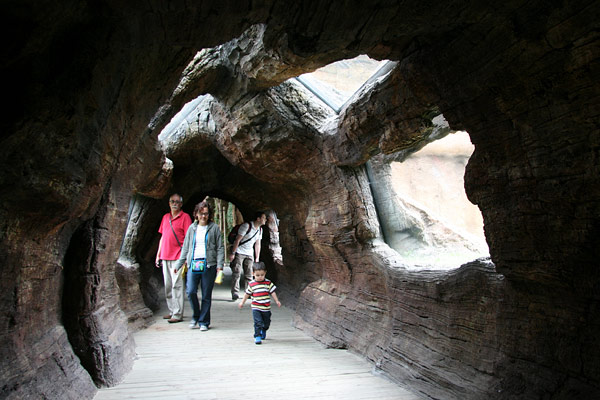 Like I said at the beginning of this post, I have high standards when I judge zoos. The Bioparc is a very good attempt to reproduce the lure and the beauty of the natural world. So good, in fact, that it is TripAdvisor’s number one attraction in Valencia. In a city with so many great things to see, that’s quite a statement. I’m definitely a big fan.