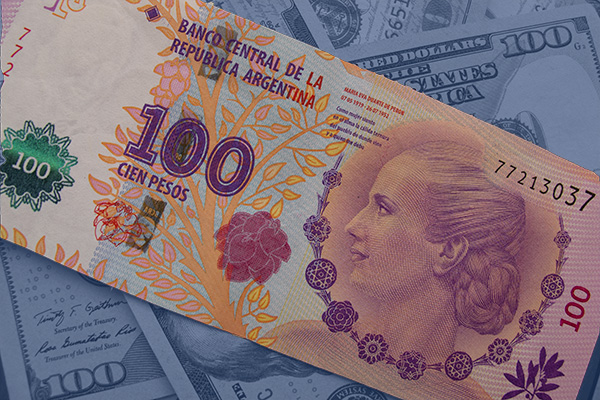 NOTE: As of December 2015, the Argentinian government has lifted its control on the foreign-exchange market. From this point on, normal bank exchange rates should apply. This means visitors can use their credit and ATM cards and exchange foreign currency in banks without loosing any money.

In 2007, the government of Argentina instituted currency controls which severely limited the exchange of Argentinian pesos into dollars. This created a black market for the illegal trade of pesos for dollars. The market is so open and so commonly used that people have started referring to it as a “blue market”. There are two exchange rates for dollars in Argentina the official rate and the much higher blue market rate.

What does this mean for travelers?

This is where many younger travelers make a huge mistake. They have heard stories about black markets in the past and think this applies to Argentina. Others have heard stories about the crash of 2001 and think they are experiencing the same thing. One blogger I read even boasted about “living it up in Argentina” due to the blue market exchange rates. For a variety of reasons, Argentina’s blue market functions very differently from the third-world black markets of the past. Moreover, the country is currently experiencing one of the highest inflation rates in the world.

In reality, using the blue market makes prices normal rather than extortionate. Using official exchange rates will make you think you are traveling in Norway. The exception to that rule is if you happen to be traveling in Argentina when there is a massive fluctuation in the blue market rate. That might make things cheaper (or possibly much more expensive) for a few weeks.

Side effects of the blue market

Do these problems effect luxury travelers?

Yes. All travelers will experience the effects of Argentina’s currency issues. However, many luxury travelers we talked to seemed to be unaware of the problem and disregarded the complication of the blue market. They simply used their credit cards and paid 58 percent more for everything. But be aware that if you pay $500 US a night for a hotel, that room is most likely only worth $200. The same goes for restaurants and transportation. The big exception is for hotels and businesses which are able to completely process credit card payments abroad and do not require that that payment go through Argentina. This is most common with large international chains.

Where can I exchange money at blue market rates?

It is easiest to exchange money in Buenos Aires. Most visitors look for money changers along Florida Street and Lavalle Street. Be aware that some unscrupulous money changers have been known to give travelers counterfeit pesos, so learn to identify real Argentinian bills. Check out this Wikipedia article for pictures of the bills.

Be aware that blue market rates decline as you move further away from Buenos Aires. In some parts of the country, it can be difficult or impossible to exchange at decent rates. Sometimes, there doesn’t even appear to be a blue market at all.

Can I exchange other currencies?

Where can I get dollars in Argentina?

Xoom.com allows people with American bank accounts to withdraw money at rates above the official rate from within Argentina. The service does require a few days to set up. There are similar services for non-Americans.

There are tons of great articles and resources online discussing the currency situation in Argentina and the blue market. Wikipedia also has an extensive article on the history of the economy of Argentina, which is quite interesting.