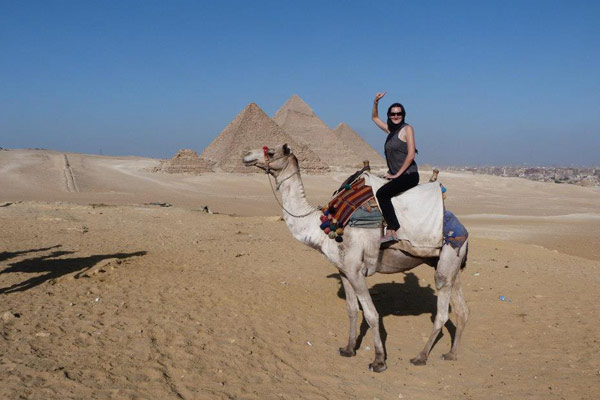 As we all ponder our New Year’s resolutions, we thought we should update our visitors on a tale of true resolution. Some of you might remember our friend Becky, a modern-day adventuress who made a bet over drinks in Cairns, Australia that she could make her way from Cairns to Cairo completely over land and water without the use of any planes. Everyone said it was impossible, but after more than two years on the road, Becky has just proven them all wrong.

Experienced travelers will immediately recognize the challenges. Becky spent much of the first year just working her way by sailboat and ferry from Australia to mainland Southeast Asia. Along the circuitous route via Yap, Truk, Pulao, and the Philippines to Borneo, she spent two months stuck in a port in New Guinea and had to travel through the extremely dangerous regions of southern Mindanao and the Sulu Archipelago.

From Southeast Asia, Becky worked her way up into China through Tibetan Sichuan to Xinjiang and entered the visa nightmare known as Central Asia. Forced to bypass Turkmenistan, she managed to find the legendary ferry from Uzbekistan to Azerbaijan. But the challenges kept coming.

When Becky made the bet in Cairns, transiting the Middle East via Syria and Jordan was a breeze, but as we all know, times have changed. Once in Turkey, Becky (and a whole bunch of Syrian refugees) had to take to the water again traveling across the Mediterranean in a ferry to Egypt. Victory!!! She had won the bet.

Normal people would just fly home once they had achieved their goal, but having come so far, Becky decided to continue overland back home to Britain. Along the way, she paid us a visit in Berlin. Just before Christmas, Becky set foot on home soil. Congratulations woman, you are simply awesome. 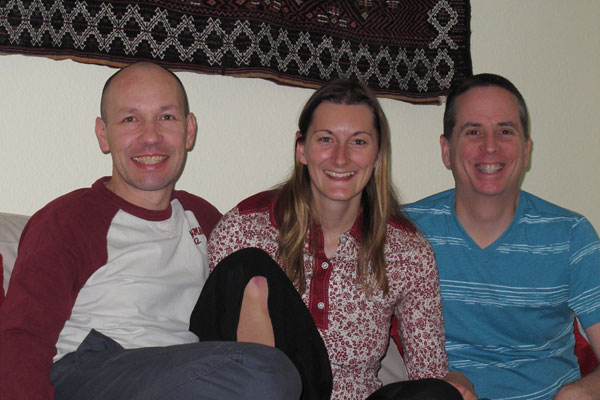 In addition to winning the bet and having the adventure of a lifetime, Becky also found her new partner Prue along the way. Ironically, Prue is Australian, which means that after two years of super-challenging travel, Becky is headed back to Australia where she started. Life has a sense of humor that way.

So keep Becky’s story in mind while coming up with that New Year’s resolution. Suddenly, losing that last five pounds doesn’t sound so hard.