The Towers of San Gimignano 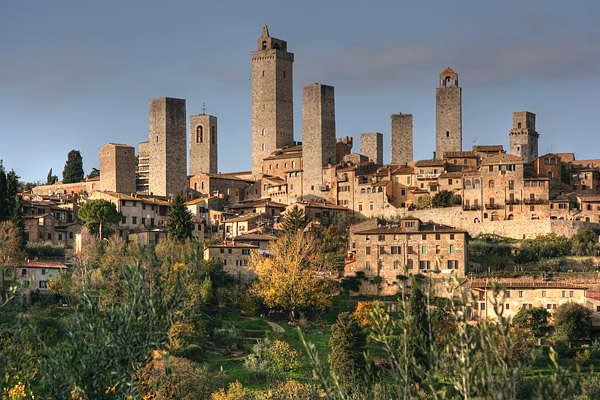 After several days of Renaissance splendor in Florence, we decided to venture beyond the city and explore a bit of rural Tuscany. Yay! Setting out by local bus, we made our way from village to village through a patchwork landscape of colorful vineyards and ancient olive groves. We had timed our trip perfectly to witness locals out in the fields harvesting olives.

As we approached our destination, we caught a glimpse of the impressive skyline through the fall foliage. Like a medieval Manhattan, San Gimignano with its ancient towers and fortifications is the clear superstar of central Tuscany. 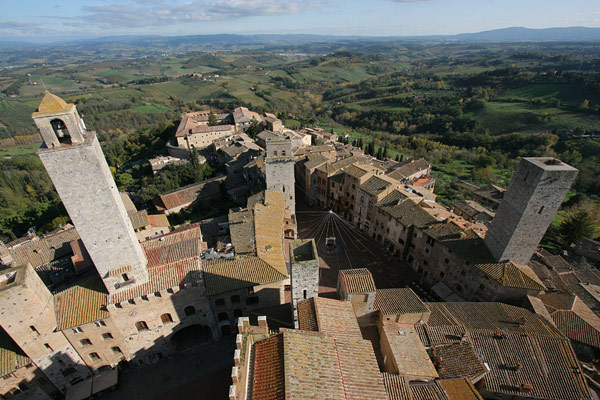 Entering through imposing stone gates, the web of fairy tale lanes and cobbled alleys so perfectly represents the Middles Ages that UNESCO has declared the entire village a World Heritage Site. This little town oozes history. In fact, San Gimignano was once an important stop on the Via Francigena, an old pilgrimage route leading from France to Rome. Today, San Gimignano is known more for being overwhelmed by tourists rather than pilgrims; however, when we visited, we were surprised to discover that the town was wonderfully empty (just enough people to feel lived in). Once again, it pays to come off-season. 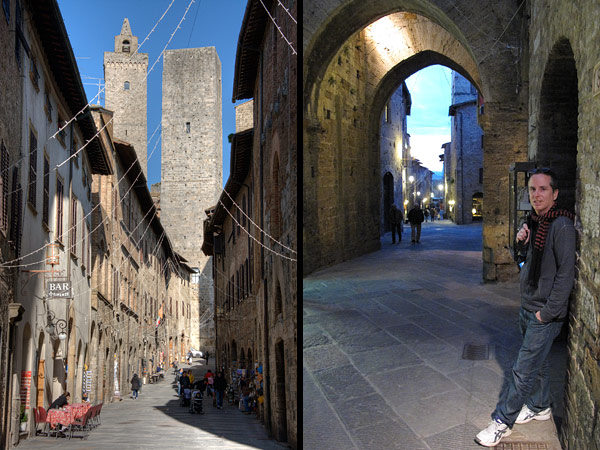 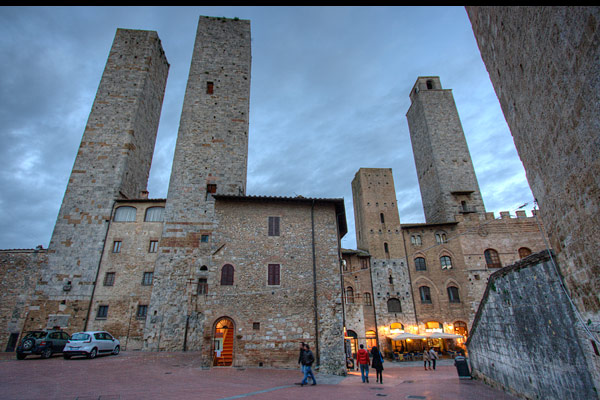 Of course, we headed straight to the Torre Grossa to take in the sweeping views over the immaculately restored old town and the rolling Tuscan landscape beyond. Only 14 of the original 72 towers remain today, all of which were built by two rival clans who wanted to outdo each other. (That’s the way to do it; express your gang affiliations through architecture.) I can only imagine how cool San Gimignano must have looked with all 72 towers still standing. 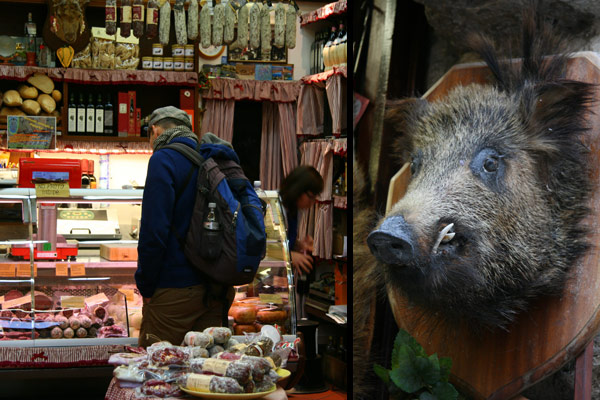 Afterwards, we wandered the tight alleyways to take in some of the other highlights, such as the Collegiata church as well as the city walls and fortifications. If architecture isn’t enough, stores stocked with Tuscan specialties, including a variety of wines, Pecorino cheese with truffle, assorted salamis and freshly baked bread, should keep you happy. (It certainly kept me happy.) The whole town is like a medieval deli. Ancient village life AND wild boar salami? For someone like me, it doesn’t get any better than that.

2 responses to “The Towers of San Gimignano”