The Red Shirts at Central World 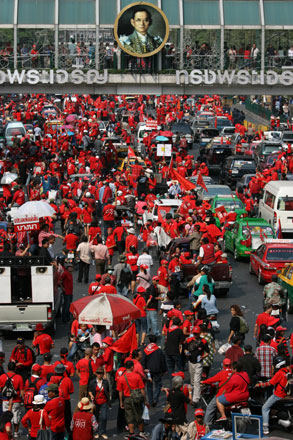 The Red Shirts were protesting at Central World again today blocking the intersection at Rama I and Ratchadamri Roads. Tens of thousands of supporters of the United Front for Democracy Against Dictatorship chanted in protest challenging the current government in the run up to elections this year. The mood was one of a hyperactive street party with plenty of food stalls to feed the masses. Tourists were confused if somewhat curious at the scene, but these protests were scheduled and, apparently, do not represent a flare-up of the tensions that occurred this spring. 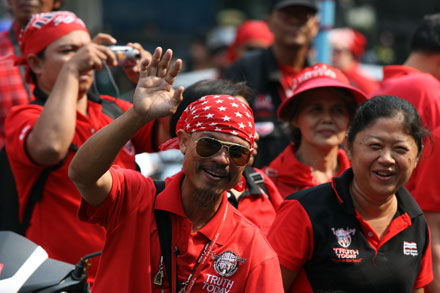 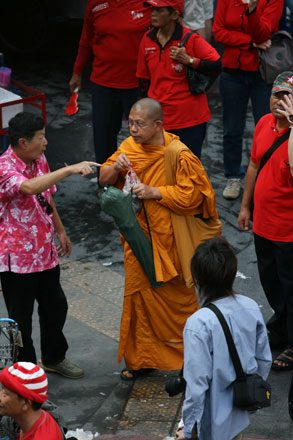 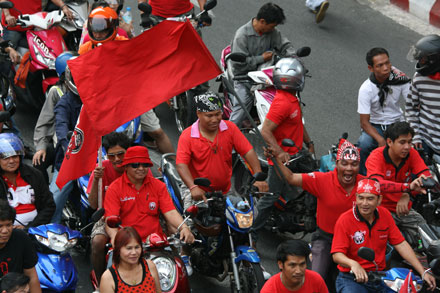 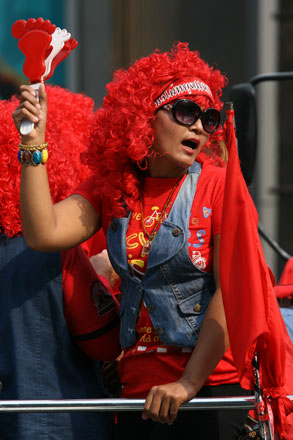 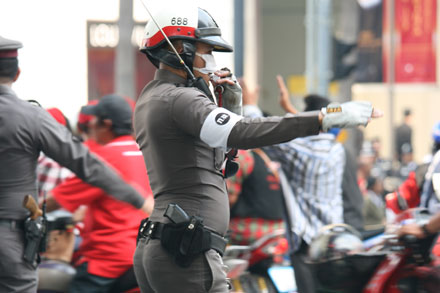 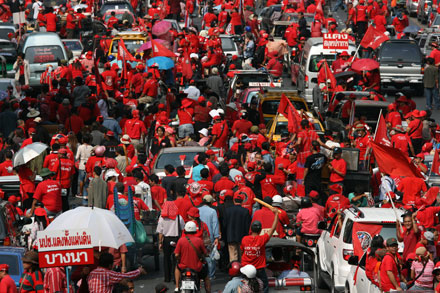