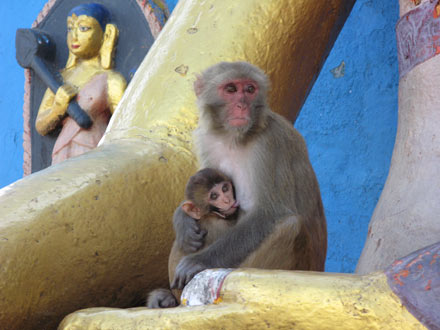 Swayambunath is an absolute blast! A Buddhist/Hindu temple set on a forest-covered hill overlooking Kathmandu, Swayambunath is crawling with hundreds of monkeys. Monkeys everywhere – swinging through trees, climbing stupas, sitting in Buddha’s lap, stealing things from tourists, and breaking into apartments at the base of the temple hill! For someone who loves wildlife and architecture, it truly is Nirvana! 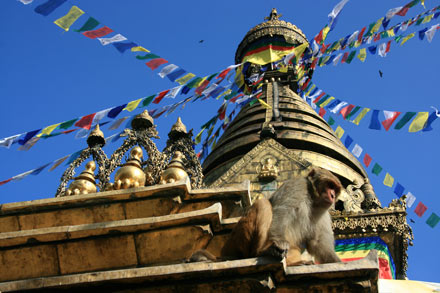 And, although feeding wildlife is often a questionable affair, the offerings that Buddhists and Hindus give the monkeys make it possible for them to survive in such numbers right in the middle of the city. It’s quite a relief to see Nepalis treating the monkeys so well after the horrific way Chinese tourists were abusing the monkeys on Emei Shan.