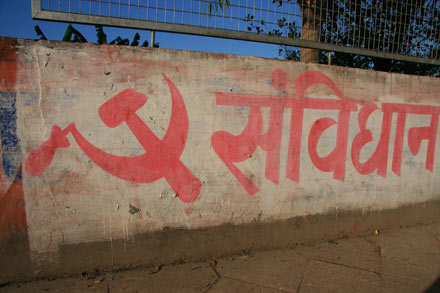 In case you’re not up on the political situation in Nepal… in 1996, the Maoists, a splinter group of the Communist Party of Nepal, declared ‘a people’s war’ against the government. Following other Maoist movements around the world, the campaign has focused primarily on the rural regions of the country; however, occasional attacks and campaigns have entered places such as Kathmandu or Pokhara. In recent years, the government has been attempting to integrate the Maoist leaders into the government, although not very successfully.

The Maoists are notorious for stopping trekkers and demanding “donations” to their cause. Usually, violence against foreigners is not a huge problem because if they start attacking the hands that feed the Nepali economy, they would seriously lose popular support. However, some travelers have gotten caught in the cross-fire.