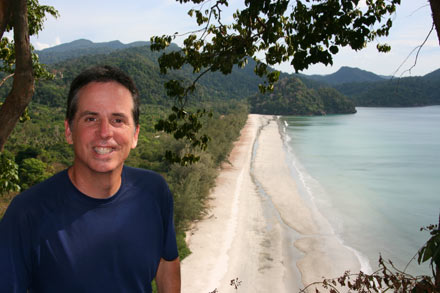 Recent postings such as Why I Don’t Love Langkawi and What Would Grandma Mary Do? might have left our nature-loving readers down in the dumps. Well, to those hippie, tree-hugging, flower-power, green-commie, bird-loving relics out there, here is one post you will enjoy.

Koh Tarutao National Park is proof that miracles do exist. Somehow, in a land plagued with overdevelopment fueled by greed, corruption, and short-term thinking, someone has managed to set aside a small archipelago of 51 stunning islands for posterity. Our first stop in the archipelago was Koh Tarutao, a 150 square kilometer island of dense, old-growth jungle that remains undeveloped with the exception of a few ranger stations and the national park accommodations at Ao Pante Malacca and Ao Molae. But this fantasy island is DEFINITELY not for everyone.

As our high-speed boat bound for the tourist enclave Koh Lipe approached Koh Tarutao, I think I literally gasped. We sped past deserted beaches, stretches of intact mangrove, karst cliffs and a blanket of green jungle spreading upwards towards a beautiful chain of mountains. For the first ten minutes, there was not a building in sight. But as we rounded a small bend, the national park headquarters at Ao Pante Malacca came into view. We pulled up along a small jetty and the boatman started screaming “Tarutao, Tarutao.” Bizarrely, of the eighty people onboard, only Thomas and I stood up and worked our way to the front of the boat. I felt like a privileged movie star exiting to my private retreat. But this privilege was earned through research rather than cash. The other foreign passengers gawked at us as if to ask, “Where are we and why do they get to get off the boat here?” In all honesty, though, I think the vast majority of the people onboard would have hated Koh Tarutao. Tarutao is not for those who need to be entertained, it’s for those who excel at entertaining themselves. (If I sound arrogant, I have the right to be.) 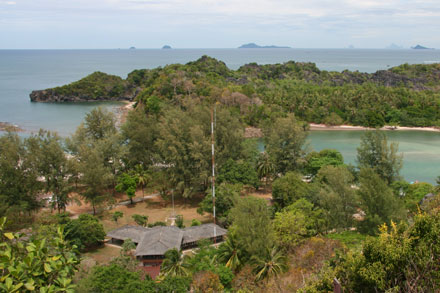 Intelligently constructed a short distance back from the beach, the set-up strongly resembles what one would find in a small national park in the United States or Canada: bungalows, visitor center, restaurant, a small shop for supplies, and staff accommodation. After registration, we boarded a small truck which carried us along a narrow cement road to Ao Molae, a smaller camp further south where we had booked a bungalow. My first thought when we saw Ao Molae was, this is what I have been searching for.

Tropical wavelets rolled onto the white sands of a perfect cove backed by nine unobtrusive bungalows and a small outdoor restaurant. Myna birds and drongos fluttered from tree to tree. Dozens of crab-eating macaques climbed through the trees. A sea eagle swooped down to catch a fish in the emerald bay. No bars, no tacky tourist shops, no banana boats. Just serenity. 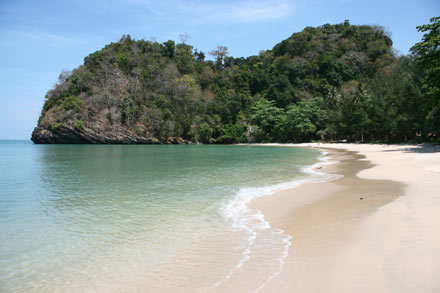 Breaking the silence, a couple rushed by us to climb into the truck for the trip back to the jetty. “Get me to Lipe,” howled the woman, “There’s nothing to do here.” She yanked and tugged on her suitcase, as if angry at it, dragging it up into the truck. Clearly, she was ready to leave.

Koh Tarutao is not for everyone. The bungalows only have five hours of electricity per day. Intentionally. Park philosophy seems to be that if you want luxury, you need to go somewhere else. I pray it stays that way forever. Because this small touch of discomfort seems to be a fantastic filter that keeps nature lovers in the park and sends partiers running for the speed boat to Koh Lipe. The lack of electricity also has another magical side effect, which I’ll mention in an upcoming post. (I’m such a tease!)

And, of course, jungle means critters. Snakes, giant insects, and the occasional monkey have a way of finding their way into your bungalow. Our first night, we had a rather hilarious if somewhat awkward interaction with a snake that insisted on spending the night with us. Waking up with the wildlife is not everyone’s cup of tea. Moreover, at certain times of day, sandflies can be a problem on many of the beaches, which can be a major issue for people with sandfly allergies. My suggestion: study the sandfly tendencies, there’s a pattern. Clearly, these beaches are not manicured for your amusement, they are wondrous zones of biological diversity. (I have never seen so many crabs in my entire life.) 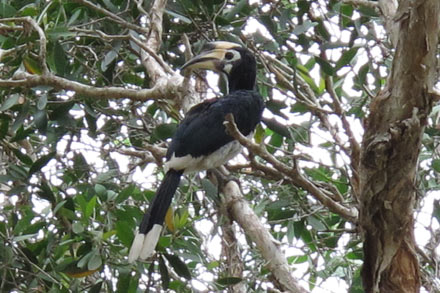 Beyond the wildlife, mountain after mountain of dense jungle makes for excellent hiking. Our personal favorite is the hike to the secluded and stunning Lu Du Falls. (Not easy to find, but worth it.) Sea kayak rentals enable visitors to explore the mangroves and isolated coastline independently. And kilometers of deserted beach at Ao Son lead to a breath-taking vista of undeveloped mangrove backed by jungle-covered mountains.

Yes, there are caveats to my version of paradise. But make no mistake about it, this is my paradise – even if twenty million people leave comments telling me why Lipe, Phi Phi, and Phuket are all superior. Where once the party island was the unique oddity, now the undeveloped island is sadly a rare, rare treasure. A treasure for nature lovers – and nature lovers only – to behold. And to the Thai government, don’t let this go the way of once stunning Phi Phi. You already have enough trashy, over-developed pits reeking of burning plastic. It’s time to think ahead for the 21st century. Koh Tarutao National Park is a good start.

As I mentioned in the article, Koh Tarutao is not for everyone. Nature is the only real attraction on the island and visitors are expected to hike, bike or kayak to locations on their own. Distances can be challenging in the heat. Long-tail boats can also be hired to visit remote parts of the island, but prices are high due to gasoline costs.

Camping is allowed in many areas, but there are only restaurants in Ao Pante Malacca and Ao Molae. Booking accommodation is difficult for international visitors due to payment options, but advanced booking should only really be necessary during peak periods and Thai holidays. (Actually, I personally don’t mind if payment stays difficult to keep the hordes out.)

The national park office at Pak Bara pier was reasonably helpful, but the park staff on Tarutao itself is rude and next to useless. (Virtually every new arrival commented on how awful the park staff is.) They can provide no information and were usually sleeping off their hangovers in the park office. The Thai government seriously needs to get some help training these people. Because the staff is not very helpful, a bit of online research is useful before you go. The national park website has some useful info and Tezza’s Beaches and Islands has a great review of the park and facilities.