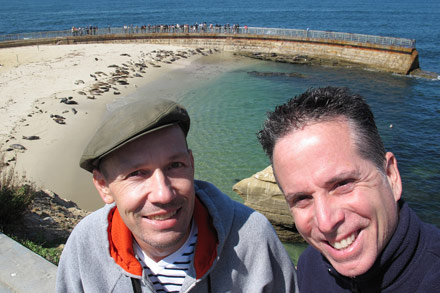 On ContemporaryNomad.com, we’re used to showcasing exotic destinations around the world. But today, these scenes are from my home turf in La Jolla, California. I grew up hanging out at the beaches in La Jolla, I went to La Jolla High School, and I worked in La Jolla for years. Somehow, after years of living abroad, my home seems like an exotic destination in its own right. 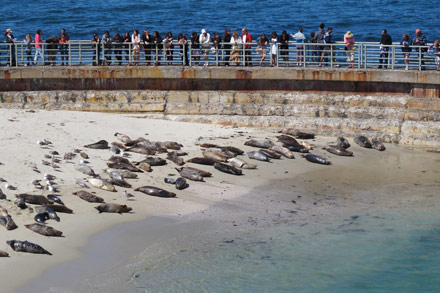 Thomas and I wandered along La Jolla’s coast taking in the sights. Not much has changed – and that’s a good thing. Everyone was checking out the seals at the Children’s Pool. Some people were protesting the fact that the city allows the seals to dominate La Jolla’s prime swimming spot. Others were protesting to continue protecting them. The standoff has been going on for nearly two decades. 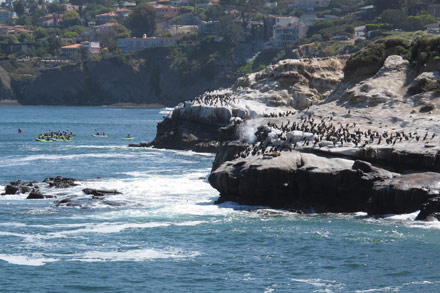 The rocky coast was covered with pelicans, cormorants, and seagulls. Sporty Californians were kayaking the cove, scouring the tide pools, swimming the swells of the open ocean, and surfing La Jolla’s magnificent waves. There is a reason the Spanish named this area “the jewel”, even if they did have some spelling problems. 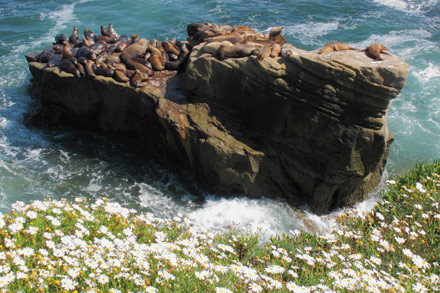 But one thing has changed in beautiful La Jolla. A huge number of sea lions have moved into the area, claiming the rocks off La Jolla Cove and the neighboring Clam. For once, I’m happy to say that the wildlife actually seems to be increasing. That’s some nice news for a change.