Berlin is Burning at 775 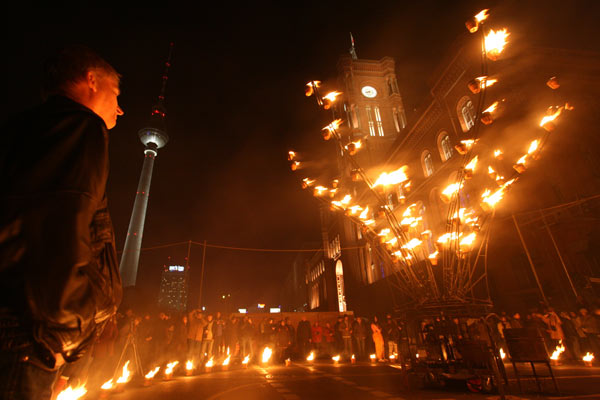 Berlin was on fire last night – literally. The city put on one of the truly oddest celebrations ever to commemorate its 775th year. And by odd, I mean fun-dangerous-bizarre-edgy-Berlin odd.

Street theater group Titanick entertained and confused with their rather uninterpretable performances. One mummy-like figure wrapped a tree in bandages while a Dr. Seuss-esque figure played a silent horn. A mutant alien baby climbed a bamboo scaffolding. A zombie with a scythe communed with a giant sunflower while a monster victrola played opera. OK.

But to me, the night was all about La Compagnie Carabosse. Alternately referred to as “fire alchemists” or “fire poets,” The group draped the center of Berlin with hundreds of pots of flaming, gurgling, boiling oil. Huge mechanical sculptures decked out with burning pots thrilled and threatened passers-by. Yikes!  Blazing decorations hung from the trees dripping glowing streams of oil down on to piles of dry leaves. Locals and tourists squeezed their way through a garden of flames. It was a pyromaniac’s dream. And a heavy drinker’s nightmare. I’m sure the ambulance chasers were out en masse – but, as you can see below,  it sure was impressive. 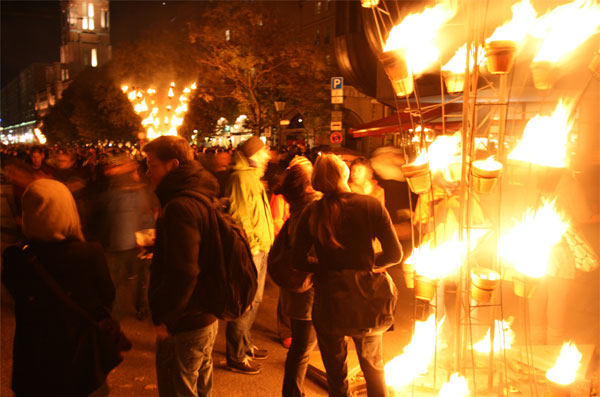 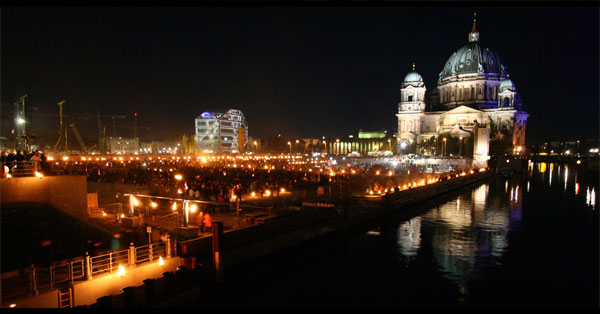 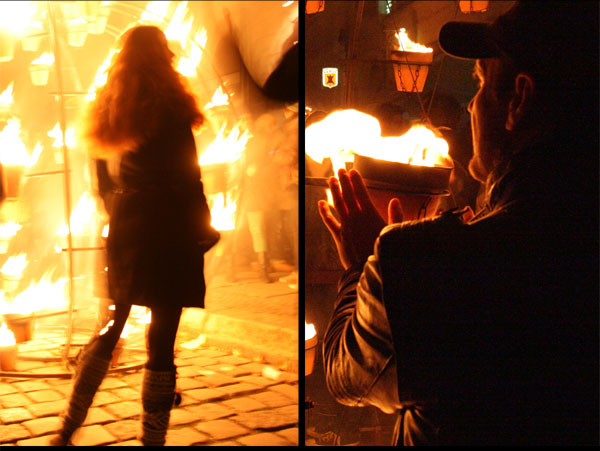 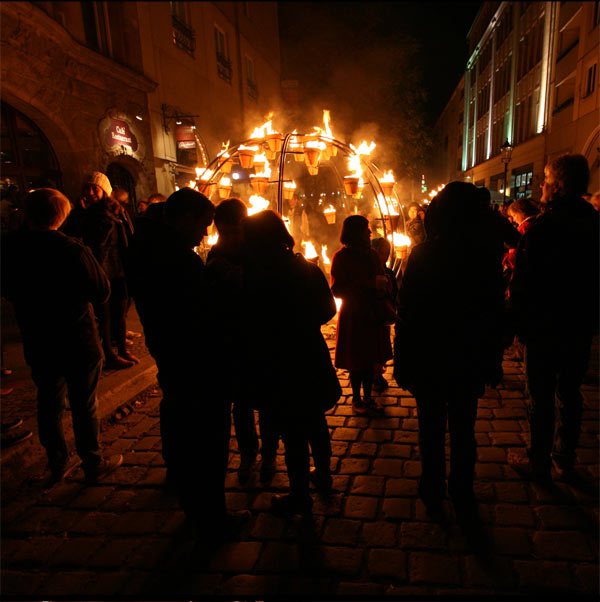 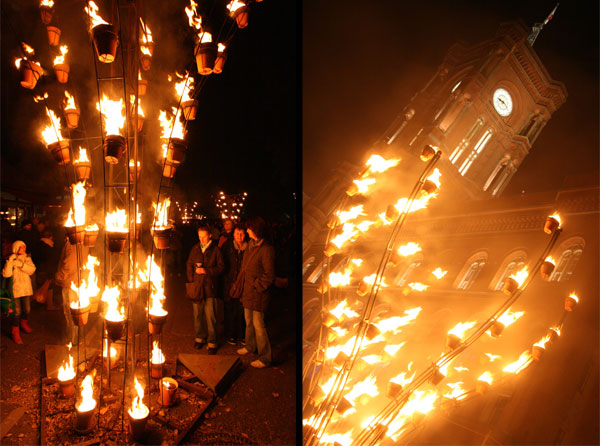 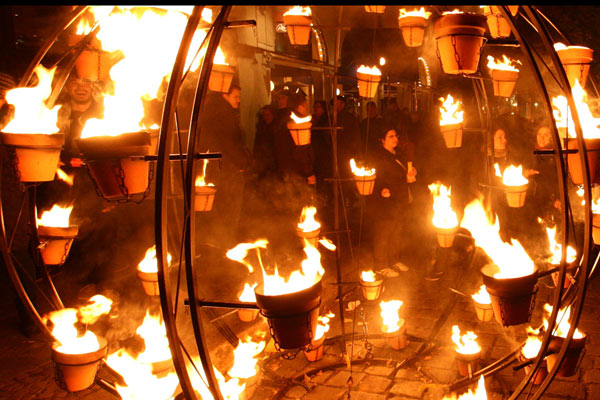