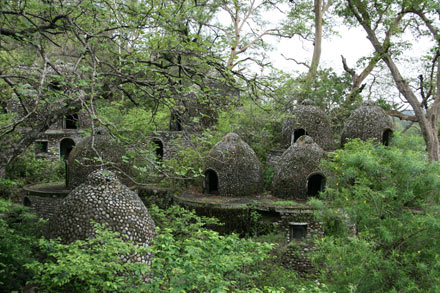 The strange little spiritually-overcharged pilgrim town of Rishikesh is famous throughout India for its association with the holy river Ganges. To Westerners, it is remembered for a very different reason, completely unknown to most Indians. It is the location of the Maharishi Mahesh Yogi Ashram, where the Beatles studied Transcendental Meditation and wrote most of the “White Album” in 1968.

Bizarrely, what could have been the ultimate pilgrim destination for ’60s musics fans, the Indian version of Graceland is now abandoned and falling into disrepair. Ex-hippie travelers who visit the site should be prepared to feel a shocking sense of age as the site seems more like lost Mayan ruins than a old hippie commune. Despite the neglect, the site is a fascinating, if somewhat complicated place, to visit. 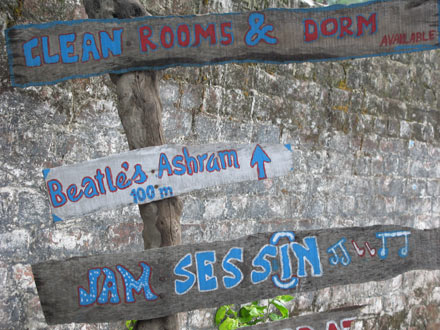 The first challenge is finding the site, which isn’t easy considering that most Indians have never heard of the Beatles. Asking for “the ashram” won’t work in a town with ashrams on every corner. And the only sign we saw was located a hundred yards from the entrance – in other words, we were already there. Once located, visitors must then bribe their way into the crumbling site. The baksheesh bargaining process can feel rather aggressive with the greedy caretaker, but, somewhat surprisingly, it is actually worth the effort.

I have to admit at this point that I had low expectations for the ashram, but, honestly, I loved it. The entire compound, which is quickly disappearing into the jungle, oozes a funky sixties communal vibe. Dozens of bizarre, pod-like dwellings recall another era of counter-culture idealism. Moving through the forest, the pods give way to odd pyramidal apartment buildings topped with freaky tiled egg constructions. Interestingly, the evolution in architecture from simpler pods to elaborate apartments seems to hint at the reasons for the decline of the ashram itself.

Accounts of the time reveal that the ashram’s focus shifted from mental discipline and self-realization to celebrity-studded self promotion and cavorting with the hippie ladies. Apparently, the Beatles felt used and abused and voiced their concerns sending the ashram into a tailspin. I’ll have to listen to the “White Album” again to see if I can find any references to their disillusionment. 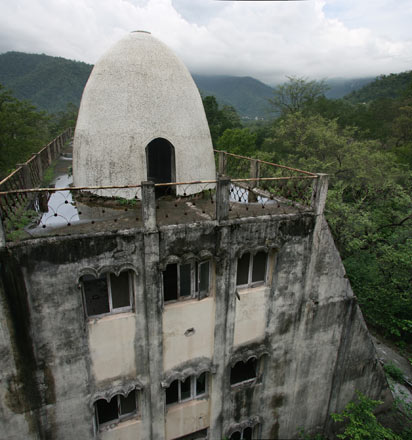