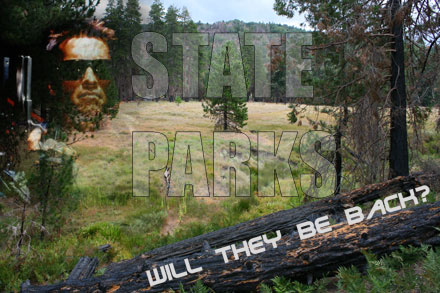 The Governator has spoken. Starting Labor Day weekend, Arnold Schwarzenegger wants to terminate access to more than 100 California state parks to save some $14 million for the now not so Golden State. No official closure list has been released, but rumors abound.

One of the parks in San Diego county that might get axed is Palomar Mountain State Park. So in a last-ditch effort to sign a petition and to relive Tony’s 6th Grade Camp on Palomar Mountain, we went there with our friends Evelyn and Micky. 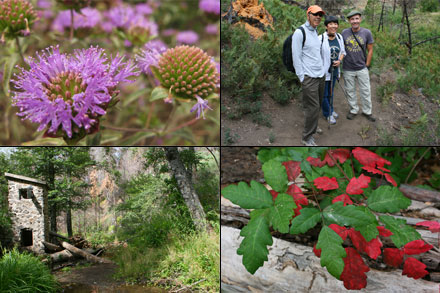 With the camp grounds overflowing and families flooding in for the day, it is difficult to imagine that all of this is coming to an end. But the budget cuts don’t stop there. Cuts for Medi-Cal, schools and universities, HIV treatment and prevention, health care coverage for children of low-income families… the list goes on.

What do you expect from a cyborg assassin on a mission to fix the budget? Environmentalism? Compassion? Interest in educated voters? I think not.

And for those parks that survive the massacre, increased park fees began on August 17. Oh, the tragedy!

For those of you who want to learn more about the park closures, here’s a link to the California State Parks Foundation.

4 responses to “The State Park Terminator”