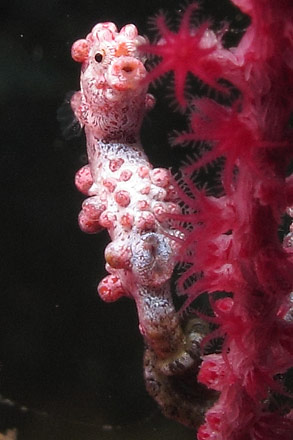 While we were in the Philippines diving off the tiny island of Malapascua, we were introduced to one of the weirdest and most wonderful miracles of evolution, the pygmy seahorse. Due to the fact that our underwater camera had been lost in an accident off of Verde Island, we were unable to photograph (or rather attempt to photograph) the tiny little creatures for ourselves, so we had to use an open source photo to introduce this miraculous animal to our visitors.

Here in Tulamben, we’ve had the opportunity to dive the U.S.S. Liberty several times and to visit that ever-so-famous fan at 31 meters to find and photograph these amazing creatures on our own. AND IT’S NOT EASY! 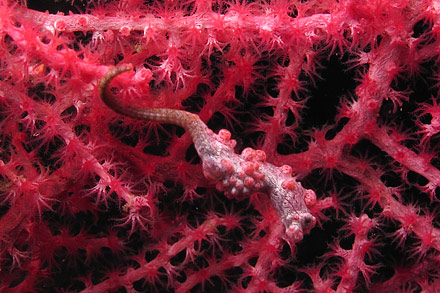 Since we wanted to avoid decompression dives and we wanted to spend 30-40 minutes on the wreck, each visit to the relatively deep fan only gave us about 6 minutes to find and photograph the pygmy seahorses, which measure around half an inch in length (1cm). The tiny seahorses blend in very well with the surrounding fan, and in the early morning light, they aren’t easy to find. By the time we located them, we often only had a couple of minutes to attempt to photograph them – and the tiny little creatures aren’t that cooperative. To add a little extra challenge, there were several small branches of a toxic hydroid that left some nasty stings on my knees and elbows. Ouch! (Honestly, I’m like a magnet for that stuff.) 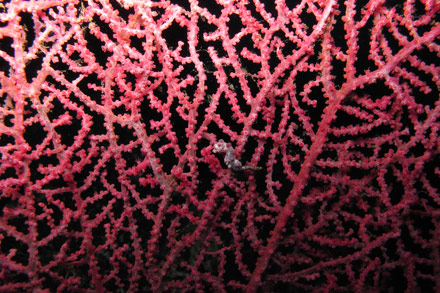 Despite the difficulty (and the pain), we had a blast observing the seahorses and will certainly go out of our way to see them again and again in the future. We have limited equipment and no external strobe, so our pictures might not make it into National Geographic Magazine. Despite that, we decided to share several of our shots with everyone just because we love these little animals so much. Plus, it’s a great insight into a typical day (or several days) in the lives of Tony and Thomas, travel bums. 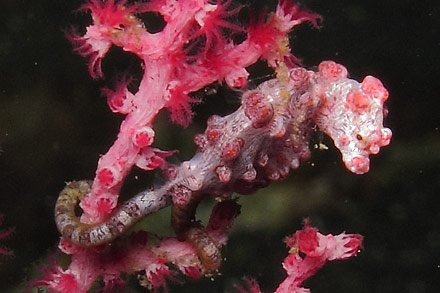 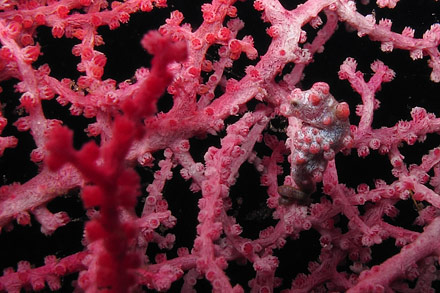 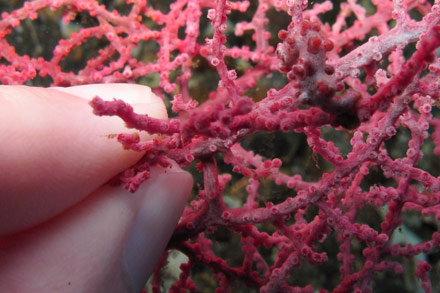 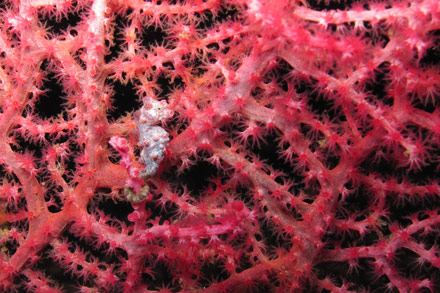