French Thomas is Back 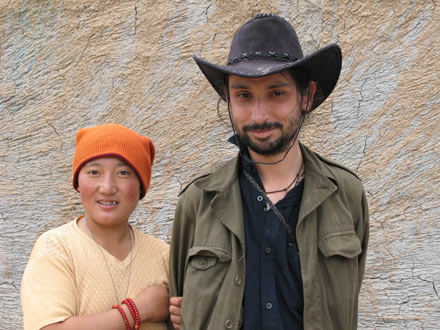 Guess who we ran into in Leh. You might remember French Thomas, who we met last year in Sichuan. (I’m probably Thomas allemand in his world.) In the spirit of recalling good times, these pictures are from last year and show him at the Hadi nunnery, a 3-hour walk from Dargye Gompa, one of our favorite places in China.

The Buddhist nuns at Hadi Gompa were obsessed with French Thomas. Being jewelery-starved women, nuns or not, they all wanted his silver rings. That day, he almost lost a finger when the nuns hunted him down and wrestled him to the ground. After they got hold of a ring, it took about an hour of pleading before they came to their Buddhist senses and returned the ring sulking. 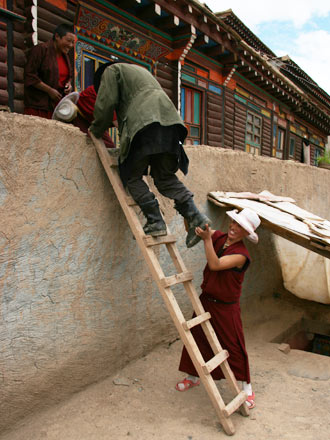 When he left China last year, Thomas returned to Paris to continue working on his Ph.D. in Tibetan. Since June, he’s been on the road again traveling in the Tibetan cultural areas of northern India while, at the same time, translating a series of Tibetan texts, which can also be done on the road – and he’s covered a lot of road. For the last couple of months, he has been a couple of steps ahead of us traveling through Kinnaur, Spiti, Manali, Ladakh, Zanskar, and Kashmir. We have seriously benefitted from the info he has been emailing us. Thanks French Thomas 😉