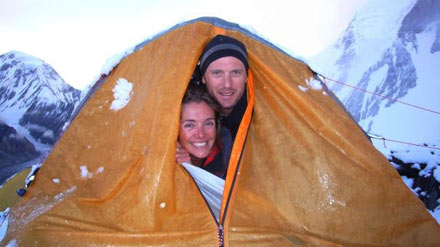 If Superman and Wonder Woman got together, they wouldn’t be as cool a couple as Richard and Emma.

These Contemporary Nomads are witty, intelligent, successful and adventurous while somehow remaining incredibly modest and down to earth. (Am I gushing?) And luckily for me, they’re well prepared and generous as well. During our Stok Kangri episode, Emma lent me her spare pair of gators, which allowed me to hike back down the snowy mountain trails in relative comfort.

But being well prepared for a climb should come as no surprise as these two Brits are nomads with a twist. Emma and Richard are circling the globe for a year climbing spectacular peaks. Ricocheting around the world from South America to New Zealand to Central Asia to the Subcontinent taking on some of the world’s most spectacular peaks from Aconcagua, South America’s highest peak, to the phenomenal Khan Tengri in Kyrgyzstan to Stok Kangri here in Ladakh. Richard even climbed Lhotse, which means he completed 80% of the Everest climb!!! (The two peaks sprout out of the same massive.) And now, heading back to Nepal once again, Emma and Richard are going to attempt Ama Dablam for the second time this year. (Their first attempt wasn’t successful due to a major avalanche.)

Their advice and encouragement to climb have truly had an impact on us – we’ll conquer a 20,000+ peak someday.

Since Richard and Emma don’t currently have a webpage documenting their climbs (which is a sin), Emma gave us permission to post a few of their photos to tantalize potential mountain climbers everywhere. Like they say, a picture is worth a thousand words, so here goes … 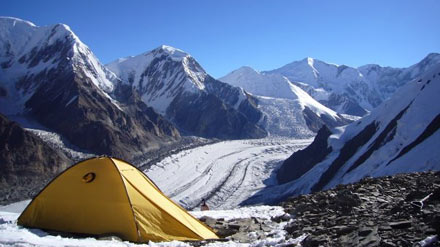 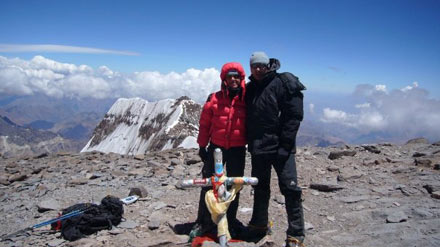 Emma and Richard on Aconcagua 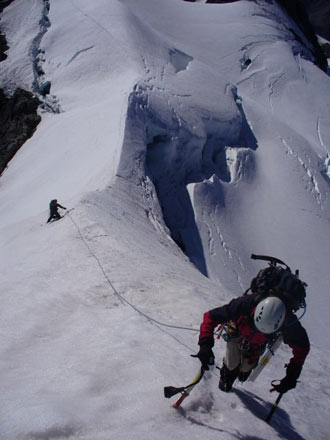 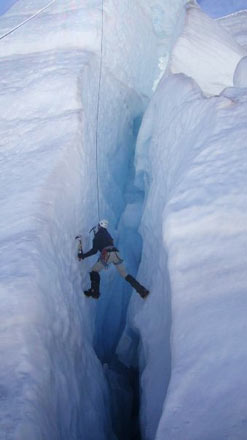 2 responses to “Emma and Richard – Superheroes”