Bumping our Way to Guge 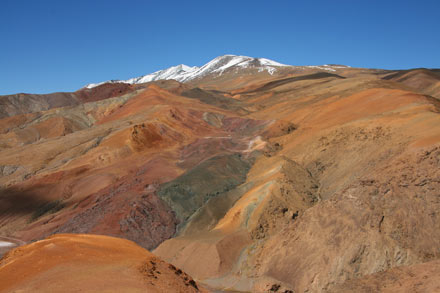 Leaving Kailash, we headed west on the road to Ali before turning off on to some of the worst roads on our journey so far (that’s quite a statement). The jeep tracks snaked their way up into a surreal multi-colored desert mountain range like nothing I’ve ever seen elsewhere.

We spent hours inching our way through sandy riverbeds and rocky slopes. At one point, the car actually did a semi-controlled slide down an incline, which had me clinging to the dashboard. Eventually, the jeep track emerged from the mountains overlooking a huge canyonlands backed by the Indian Himalayas. This was the remote (and stunning) Guge Kingdom. 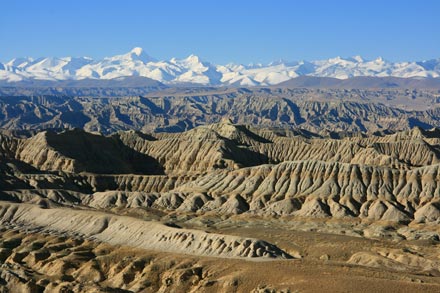 We drove down into the eroded landscape skirting the edge of the canyon and eventually descended into a side arm of the canyon itself. Weaving in and out of the crumbling towers, the sandy track wound its way to Zanda, a town at the center of the ancient kingdom.