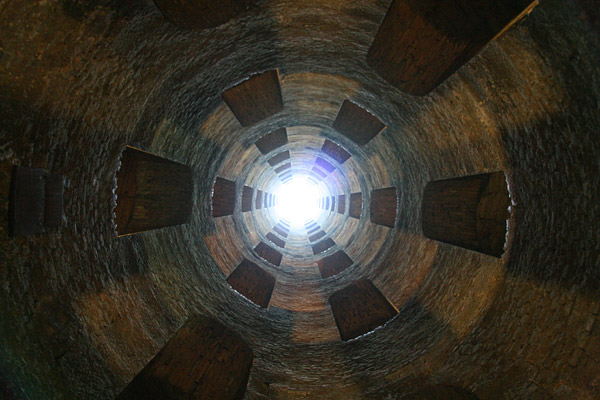 Orvieto has its little secrets. In their mad dash across Europe, many visitors make the mistake of making a beeline from the funicular to the famous cathedral, snapping a few shots, and rushing back out again. Big mistake. This little tourist town offers a lot to those who take the time to go underground.

The baffling lead picture, which looks like a strange piece of abstract art, is actually a photograph from the bottom of Saint Patrick’s Well. While initially it may lack the sculptural and artistic appeal of the elaborate stepwells of Gujarat and Rajasthan, those who pay close attention will realize that Saint Patrick’s Well is an extraordinarily complex piece of Renaissance architecture buried deep within the earth. 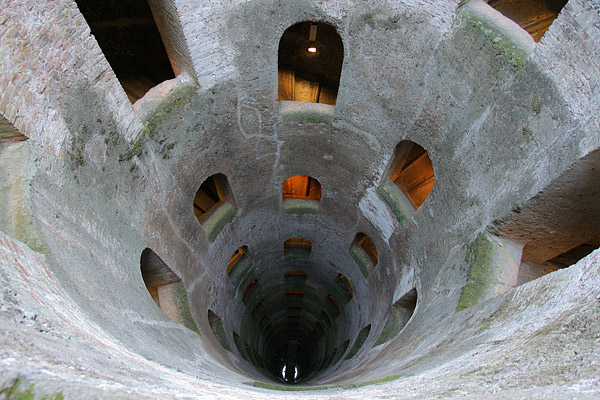 As you descend the spiral of broad steps, an experience which seems strangely similar to climbing the Leaning Tower of Pisa in reverse, it is easy to become distracted by the views through the arched windows down towards the water or back up towards the sky. Many visitors fail to notice that nobody seems to be coming back up. That’s because the well, constructed at the behest of Pope Clement VII, features an incredible, double-helix design which was built to allow donkey carts to descend the first spiral staircase onto a small bridge to pick up water barrels and then continue on into the second spiral staircase where they could climb back out of the well. 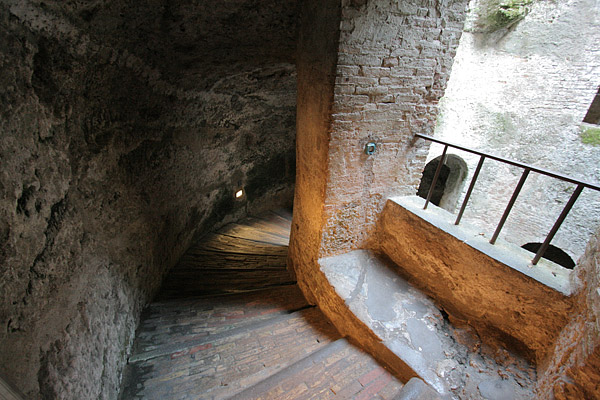 But this ingenious construction is just one of many carved out of the volcanic tufa supporting the town of Orvieto. In fact, there are more than 1,200 caves serving a variety of purposes built over the millennia. Virtually every larger home in Orvieto has a cave; some are used as wine cellars, some as basements. 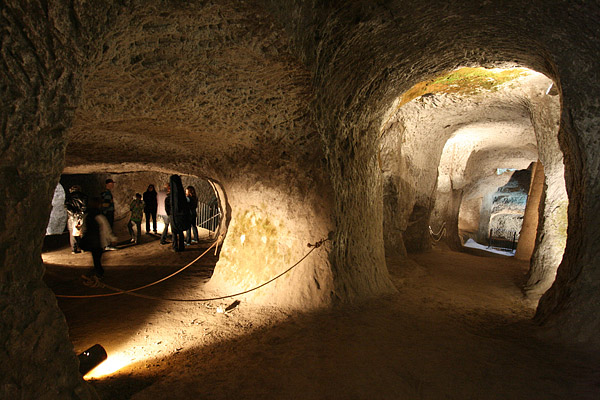 Orvieto Underground allows visitors to tour some of the caves to take in the history and appreciate the Swiss-cheese nature of the town. Visitors are led through a series of arched chambers, one of which features massive mill stones used as olive presses. Other chambers, lined with hundreds of pigeon holes carved into the rock, were used to raise pigeons for food. Apparently, the people of Orvieto wanted to make sure their city in the sky had plenty of water, olive oil and pigeon meat to hold out against those sieges. 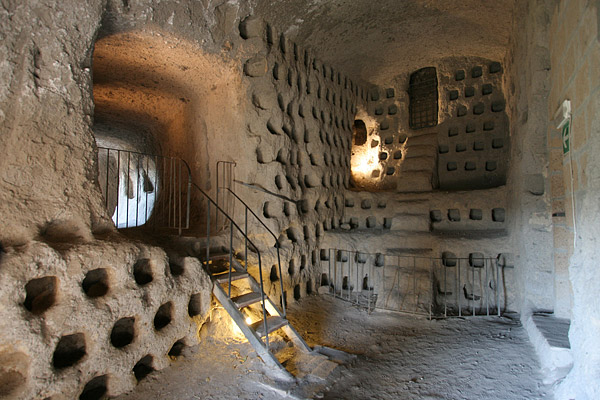 Visiting Saint Patrick’s Well, which is located near the funicular, is a straightforward matter of just buying a ticket. However, Orvieto Underground’s tours must be booked at their office opposite the cathedral. During the off-season, there may only be one or two tours a day, so check times and make bookings in advance.