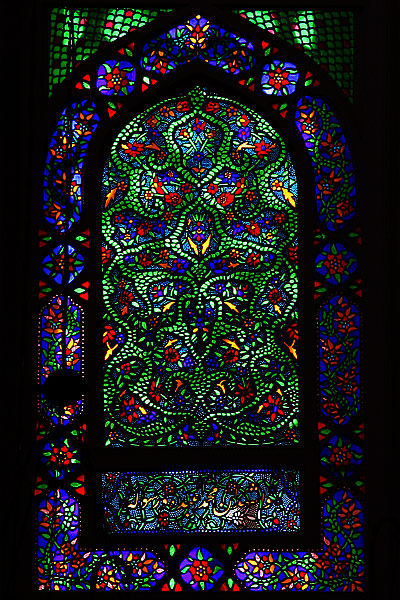 For some reason, I was especially intrigued by the beautiful stained glass windows in Turkish mosques. Many Westerners never really see pictures of Islamic stained glass windows, so I thought I would put one up to let our viewers contemplate an art form that they may not associate with Islam.

Most of the windows in the major mosques were quite high and difficult to photograph, but I got this shot in the Mihrimah Sultan Mosque in Edirnekapı near the city wall. If you are wondering why mosque decorations, stained glass, and Islamic arts in general do not usually depict any people or animals, Wikipedia has a decent article on aniconism in Islam. That may seem a bit too esoteric at first, but it really helps shed light on the heat behind the Muhammed cartoon controversies, which many Westerners find quite hard to understand.