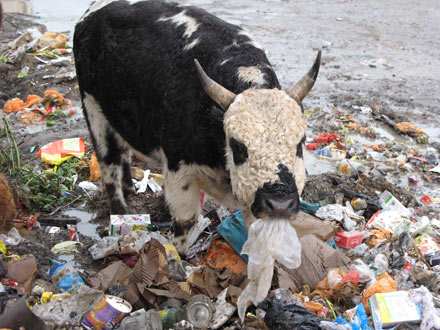 The most shocking examples of trash mismanagement, we encountered in Tibet. Many small settlement do not have any toilets so people relieve themselves by walking a few meters to squat between a herd of sheep and a pack of stray dogs.

But the worse practice of all is to use the rivers as dump. All the plastic bottles and packaging materials, of which there are an abundance, go straight into the river and get deposited downstream along the riverbeds. This is a major problem and since China is so concerned about making money with occupied Tibet, they had better cause environmental awareness quickly in Tibetans and Chinese alike. 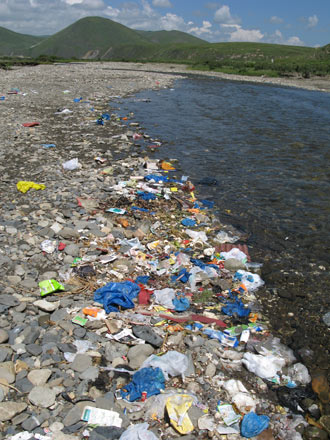