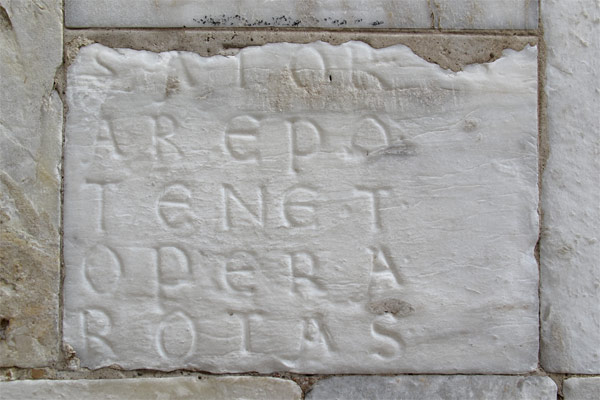 Move over Dan Brown, you’re not the only one with architectural mysteries to unravel. While I was exploring Siena’s stunning cathedral, I overheard a tour guide casually referencing the fact that somewhere on the cathedral’s exterior, there was a rare Sator Square. She explained that the Sator Square is an elaborate “word square,” an especially complex type of palindrome said to possess magical properties.

Like a basic palindrome, the Sator Square is the same when read forwards or backwards. But it goes a step further. When the five words are stacked, they can be read vertically forwards and backwards as well. 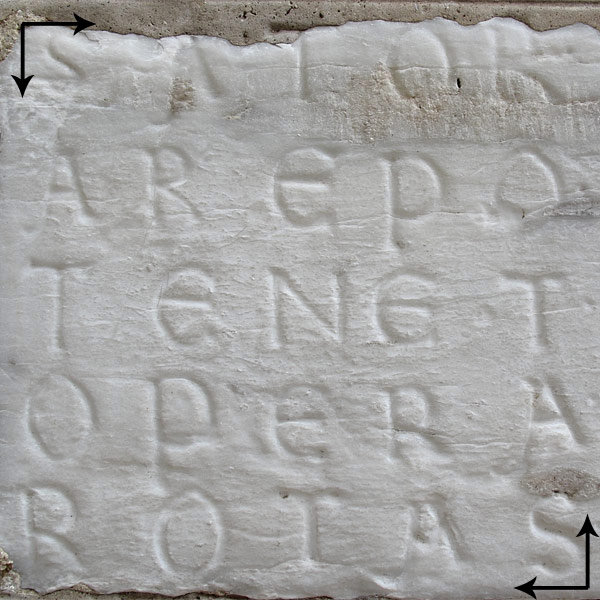 Bizarrely, the tour guide did not mention the location of the Sator Square. Even stranger, nobody in the tour group asked where it was. (Seriously people, have we really become that lazy?) Of course, I immediately ran out of the church and started searching. That’s when I realized something I hadn’t noticed before: the cathedral is covered in mysterious phrases and symbols. 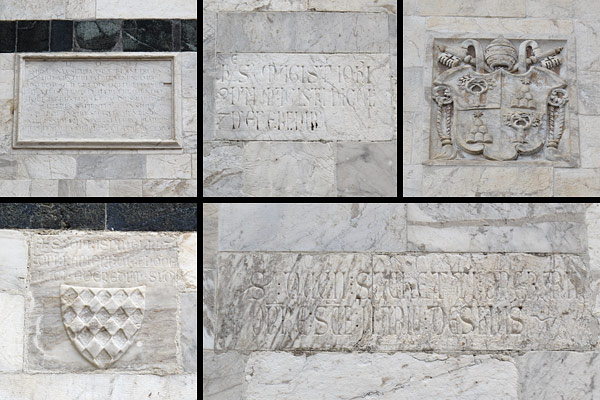 I returned to my hotel room and started scouring the Internet for information on the square. I learned that there is a great deal of debate over the origins of the square and the actual meaning of the Latin phrase “Sator arepo tenet opera rotas.”

Some believe that early Christians used the symbolic phrase and square to identify themselves to each other during times of persecution. However, the earliest known occurrence of the square was found in Pompeii, which was buried in 79 AD at a time when followers of Jesus’ beliefs were very rare on the Italian peninsula, not to mention the fact that Christianity was just starting to distinguish itself from Rabbinic Judaism. Interestingly, the letters in the phrase can be rearranged into a Greek cross with each arm spelling out “pater noster” or “our father” in Latin with two left-over As and Os. 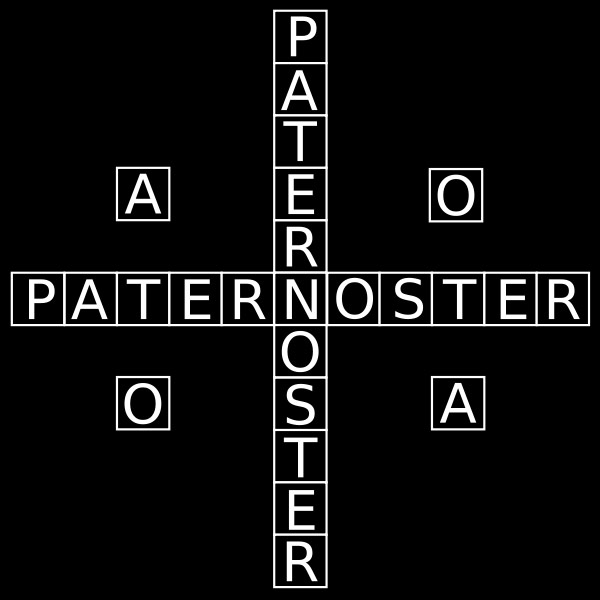 I sifted through blogs of conspiracy theorists, Christians, Wiccans, and architecture freaks. While there were detailed references to Sator Squares at other locations, all the references to the square on Siena’s famous cathedral were quite vague. I didn’t even know if I could actually see the square from the ground, or whether it was hidden somewhere up on the roof or facade of the building.

Why didn’t I just give up or go ask someone in the cathedral where it was located? Because I was caught in my own little Da Vinci Code adventure and I was having a hell of a lot of fun. I was also starting to appreciate just how complex the cathedral was, and the hunt was allowing me to notice levels of detail that would have been completely missed otherwise.

After a hilarious two hours of semi-obsessive searching, I finally found it. It’s relatively small and easy to miss. In fact, I walked by it many times before I noticed it. For such a magical and symbolic architectural flourish, it’s also in an incredibly odd location. Actually, the obscure placement made me love it even more.

So where is it?

If you want to know, you have to go find it for yourself. The last thing I would want to do is ruin that sense of discovery for someone else. But, here’s one hint: you can see it from the ground. For those who aren’t interested in the hunt, you can probably just ask someone in the cathedral where it’s located. But that wouldn’t be any fun, would it?

4 responses to “The Sator Square”