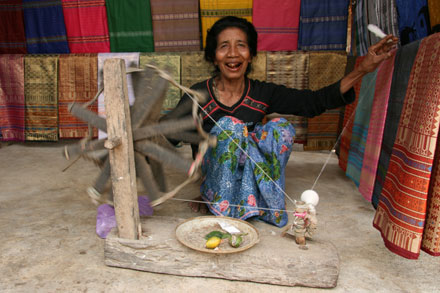 Our journey across Nusa Tenggara, the island chain that stretches across central Indonesia from Lombok to Alor, should carry us through a series of different tribal groups that call the region their home. The Sasak people are the first of those tribes, and we had the opportunity to witness a bit of their life in the small village of Sade, located just 10 km north of Kuta, Lombok.

Sade is no isolated tribal enclave cut off from the outside world but rather a living village struggling to survive in the 21st century. Locals supplement agricultural income by selling their weavings and showing visiting tourists around their beautiful hilltop villages.

Having seen dozens of such tourist-oriented tribal villages around the world, I have to say I was quite pleasantly surprised at how respectfully organized and well thought out the short guided tour of Sade was. 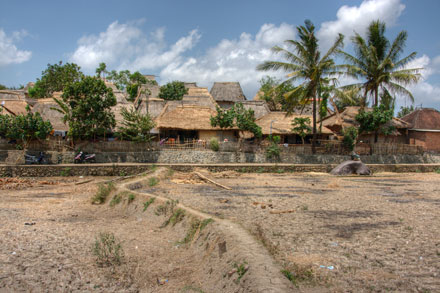 Visitors are not allowed to wander around the village on their own poking their heads into people’s houses or interrupting village life. Instead, they are greeted by volunteer guides working for modest donations who lead them through the village. 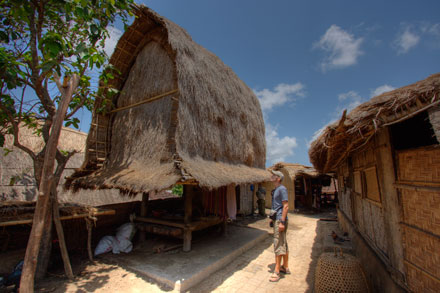 Visitors must sign a guestbook and are asked for a small contribution towards the maintenance of the village. After the formalities, the guide leads guests through a serious of narrow cobbled paths showing them examples of local houses, thatched mosques, and the oh-so-famous Sasak rice barns. I immediately noticed that all of Sade’s roofs were thatched. (Those donations to the village must be well spent because someone is going to a lot of trouble to keep ugly tin roofs out.) 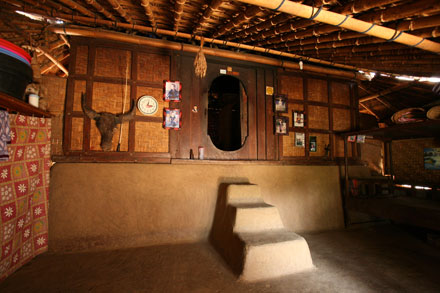 The thatched-roof houses were beautifully lined with an adobe stucco of mud and cow manure. That may sound gross, but experienced travelers know that magic adobe mixture is used the world over to create stunningly smooth molded floors, walls, platforms and benches. The architecture was full of fascinating details including a strange wall decoration made with dried fish tails. 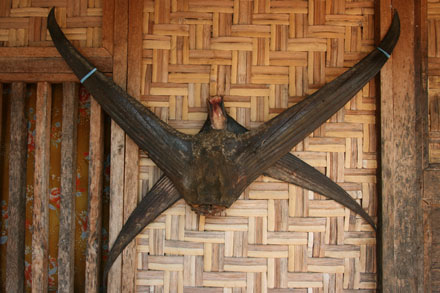 Moving through the streets, we were able to glimpse a bit of Sasak daily life. Spinners spun yarn. Weavers wove colorful lengths of cloth. Kids skipped along the paths while old Sasaks lay out under the shady rice barns. Huge earthenware drinking-water vases sat along the paths. The occasional goat or chicken wandered by. (Actually, we witnessed the largest chicken we’ve ever seen here in Sade – it was a mutant monster.) 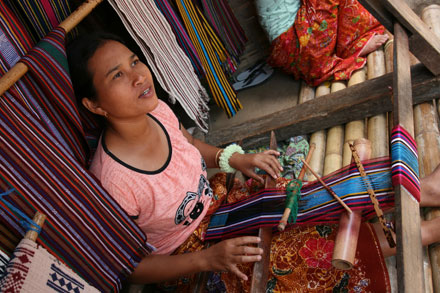 Traditional dress is for the most part gone. Although most Muslim Sasak women generally do not cover their heads during daily life, we did see women passing by in very heavy, almost burlap, full-length yellow or white hijabs on their way to pray. Interestingly, the women seemed to be praying under the barns rather than in the mosques.

Sade was quite an interesting short side trip while in southern Lombok, especially for people who may not be moving further east in Nusa Tenggara. We were both quite impressed at the respectful setup and the thought put into preserving village architectural integrity as well as a traditional atmosphere. This just might be a great model for similar tribal villages around the world. 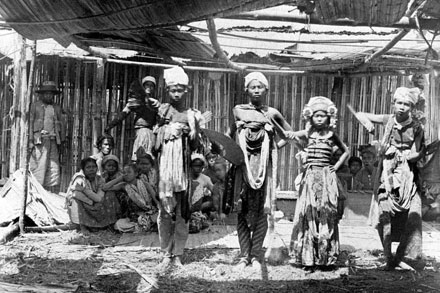 On a separate note, I found this fantastic old (open-source) photo of the Sasaks on Wikipedia, so I thought I would include it for everyone to see.

2 responses to “The Sasak Tribe”