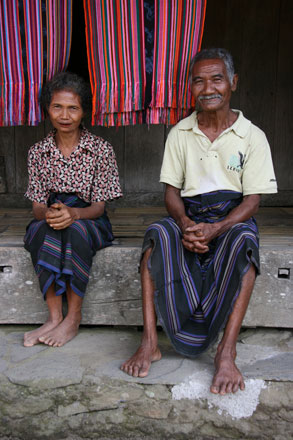 One of the highlights of any trip to Flores is certainly a visit to the Ngada tribal villages near Bajawa. As with the Sasak tribe in Lombok, the Ngada are struggling to balance their ancient traditions with the curiosity of outsiders and gradual modernization.

We visited Luba and Bena to get a taste of Ngada culture. Unlike Sade in Lombok, the Ngada villages do not have a local guide system in place, which can make visiting the villages somewhat awkward. And for some reason, Frans left us to enter the village on our own. (I’m not sure what was going on there.)

Most visitors come to the villages to experience their impressive tribal art and architecture. But you really can’t just wander around staring at people’s houses, eying their carvings and sticking your head in their doors. (At least in my world you can’t.) In reality, that’s precisely what a lot of tourists do and it’s a real shame because the people can be quite hospitable, especially in smaller villages like Luba. 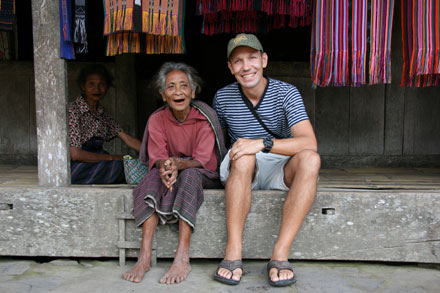 Thomas with Lucia and Neila

Feeling awkward when I first entered Luba, I walked up to an old woman selling ikats, the traditional hand-woven tribal sarongs, and blurted out in Indonesian, “Nama saya Tony.” My name is Tony. She started cracking up and, with a big smile, said, “Nama saya Lucia.” Somehow touched by my goofy introduction, Lucia seemed to forget her goal of selling me an ikat and, instead, introduced me to her neighbors Gregorius and Neila. We spent the next half hour chatting with these amazing people laughing hysterically at our own inability to communicate in Indonesian. (Older Ngada aren’t especially fluent in Indonesian either.) 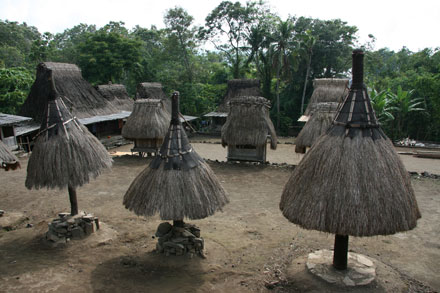 It’s pretty clear by their names that Catholic missionaries have had their influence on the Ngada as well as the other tribal peoples of Flores. But a quick look around Luba and neighboring Bena immediately reveals that many of their animist traditions are still very much intact. Ancient megalithic tomb structures, many with offerings, decorate the terraced village squares. Along the stone-walled terraces, families erect ngadu, thatched umbrella structures representing the male, and bhaga, small thatched huts representing the female. Apparently ngadu and bhaga are used in rituals relating to ancestor worship. Additionally, stacks of water buffalo skulls reveal the importance of ritual buffalo sacrifice to the Ngada. Let’s just say, the Pope would not be amused. 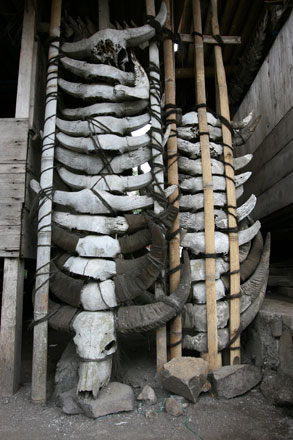 And while he might not be amused, UNESCO certainly is. The artistic and architectural heritage of the Ngada tribe has gained the attention of UNESCO which is working to maintain the architectural integrity of villages such as Luba and Bena. Most Westerners would never guess it, but those thatched roofs are incredibly expensive. Many Ngada have had to switch to tin roofs because they can no longer afford to buy the expensive grass used to make traditional roofs. UNESCO is offering funds to pay for that grass as well as cobbling village walkways. 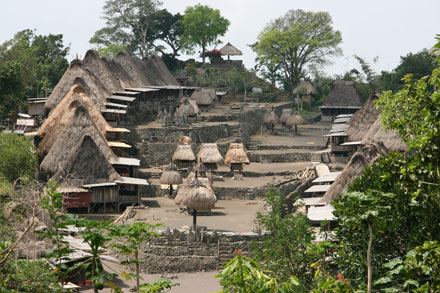 So far UNESCO’s work seems to be paying off, especially in beautiful Bena. The view as you approach Bena feels like a scene out of an Indiana Jones movie. Rows of tall, thatched huts rise out of the forest framing the ultimate Ngada square. Not a single tin roof. Bena’s perfect stone-walled terraces are decorated with many ngadu and bhaga as well as some of the most impressive megalithic tombs in the Ngada region. Between the ngadu and bhaga, cobs of bright yellow corn lay drying in the sun. 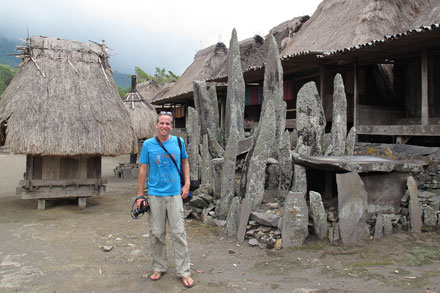 As we walked up the cobbled paths under the shade of the huts, old women sat on their terraces selling beautifully woven ikat. The women were more business-like here than in neighboring Luba, but they were welcoming. A young girl returning from church ran by in her pink Sunday dress gawking at us as if we were aliens emerging from a UFO. 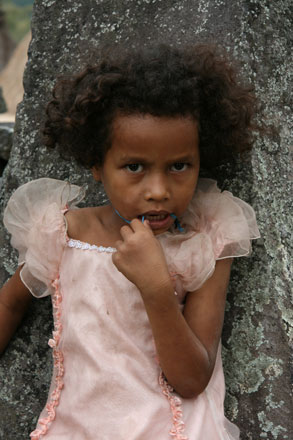 The young girl, who looked a bit like one of those contestants in a child beauty pageant, sat on one of the megalithic tombs nearby and eyed us curiously as we moved up to a view point near the top of the village. The view point provided a remarkable 360 degree view over the village, a series of volcanic valleys leading to the coast, and the steep walls of Inerie, the volcano which backs Bena. It’s an atmosphere from another age, an atmosphere very worth preserving. And to add to that atmosphere a bit, I’m including another old, open-source photo below of the Ngada way back when. 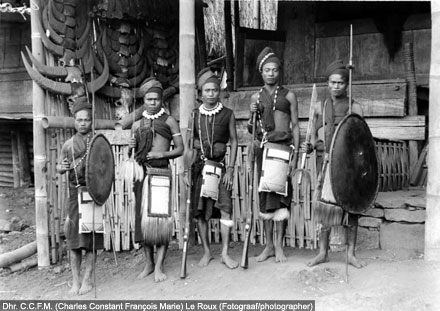 The Ngada villages are included on most tours between Labuanbajo and Kelimutu/Maumere. Independent travelers can visit the villages from Bajawa. There are literally dozens of traditional villages in the area including some very remote villages which are only accessible by foot. Local cultural guides and trekking guides can be found through hotels in Bajawa. Some villages are accessible by public bemos, but independent travelers will find it easier to really get out and explore the area by hired car or motorbike.

4 responses to “The Ngada Tribe”