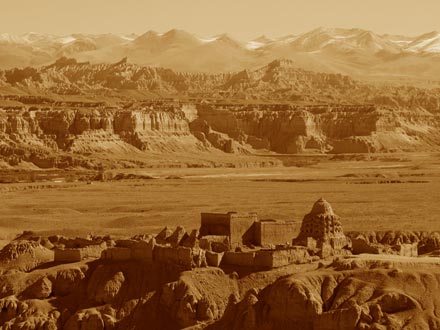 Guge was an ancient kingdom that once existed in the far west of Tibet about a day’s jeep travel north of Mt. Kailash. Set in a spectacular desert canyonlands, Guge was once a series of prospering irrigated valleys ruled from the monastic fortress complex at Tsaparang and large monastery at Tholing. 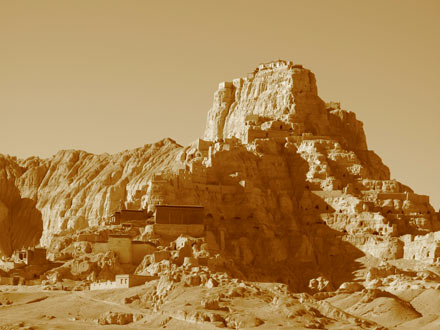 Today, the regional center Zanda houses a Chinese military base, testament to the kingdoms proximity to the sensitive Indian border. The monasteries of Tsaparang and Tholing, while still evocative of their previous grandeur, were devastated in the Chinese invasion and the cultural revolution. Wandering the town and surrounding hills, visitors can still find crumbling temples and stupas, ripped up prayer texts, broken Buddhas – all evidence of what has been destroyed. Here the crimes of Chinese are still quite evident. 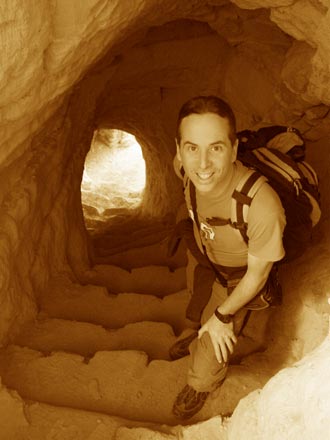 The entire area is fascinating and frustrating at the same time. Thomas, Irina, Dimitri, and I climbed and crawled through ruins and the eroded landscape. We discovered faded (and defaced) wall murals and crumbling statues. We even found an ancient burial cave with human remains lying freely on the cave floor along with talismans, prayer texts, yak skins, and quite a horrible smell. And yet, we were only able to scratch the surface of this extremely historic area. There is so much to discover, yet free movement beyond Zanda and Tsaparang is limited by the authorities. I would love to spend weeks walking in and out of all the side valleys exploring freely; maybe we will come back some day. 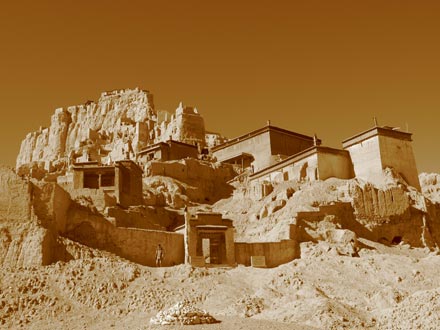 One response to “The Guge Kingdom”