The Catacombs of Paris 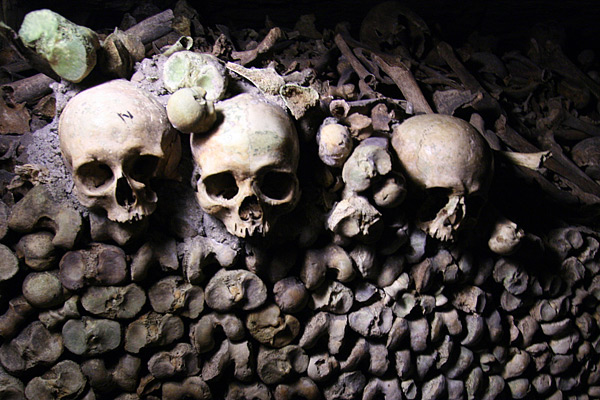 If a casual stroll through Beaubourg and high-kicking cancan dancers are a little too frou-frou for your tastes, never fear: Paris has something for everyone. For those who prefer attractions of a darker nature, the city of lights offers up a creepy yet cultural visit to its massive system of catacombs, a sprawling labyrinth which contains the bones of over six million people. That’s right, six MILLION!

The hundreds of miles of tunnels under Paris began as simple stone quarries. (It took A LOT of stone to build this city.) In the 18th century, as bodies continued to pile up in the Cemetery of the Innocents, locals started to realize that it was the source of many of the outbreaks which continued to plague the city. To remedy the problem, the Council of the State decided to relocate the human remains from the cemetery into the quarry tunnels in effect transforming them into a formal ossuary. The initial relocation, which was done entirely at night, took two years. It worked so well that the council decided to relocate additional cemeteries, a process which continued for decades. 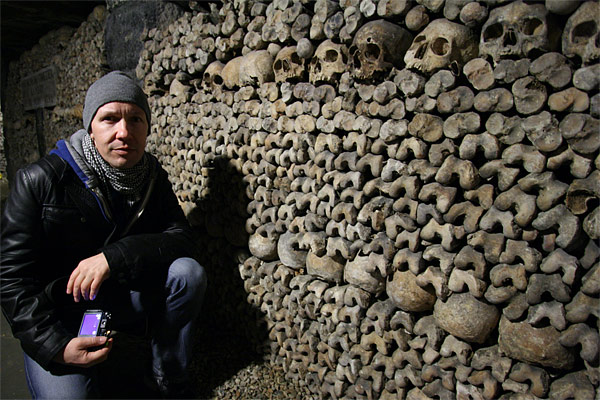 In modern times, adventurous Parisian “cataphiles” have been risking fines and jail time not to mention their lives secretly exploring this vast, crumbling network of tunnels. In fact, these rebel explorers were recently featured in a CNN special. The forbidden fruit of this illegal playground draws a continuous stream of curious souls looking for something a little different. There are even stories of unofficial “nightclubs” popping up in the catacombs. (That gives underground a whole new meaning.) But more conventional visitors need not risk their lives nor worry about being arrested because they can legally visit a two-kilometer stretch which takes in a nice selection of Paris’ subterranean highlights. 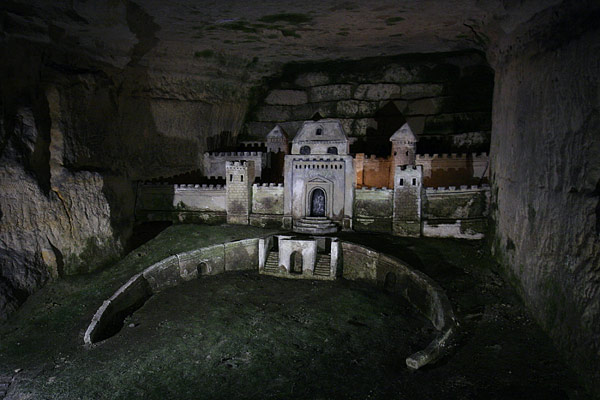 Entering through a small door off Avenue du Colonel Henri Rol-Tanguy, a steep staircase plunges you into the Paris underworld. The winding web of passages takes a while to get you into the heart of the catacombs. You pass through solid stone halls past a series of displays on the history of the catacombs and local geology as well as some impressively large fossilized shells. You also see some stone carvings done by a man named Décure, who fought in the armies of Louis XV before coming to labor in the quarries. There’s also a surreal-looking well for quarrymen to wash their feet. But you can feel the tension build as visitors impatiently scan the passages for the real attraction. 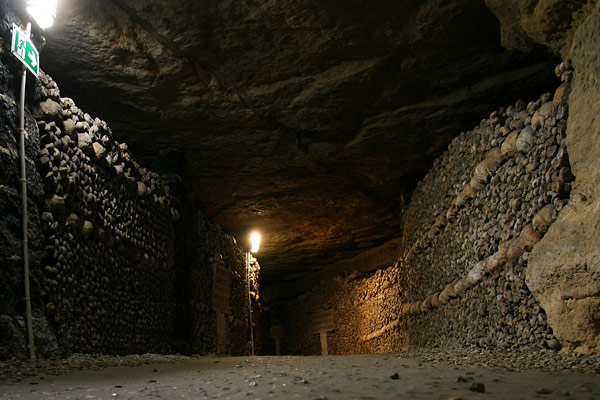 “Where are the bones?” I heard several people ask aloud, fearing that they wouldn’t get their gore. And suddenly it started. Walls of human skulls and femurs arranged into bizarre patterns by those who relocated them. An epic, decorative maze of human remains which seems to branch off into endless side passages. It’s that morbid arrangement of the bones which makes it so fascinating, almost comical; one romantic even arranged a three-foot heart out of skulls. Everywhere bones. Passages lined with bones, columns made of bones, side chapels with wall to wall bones. Bones, bones, and more bones. 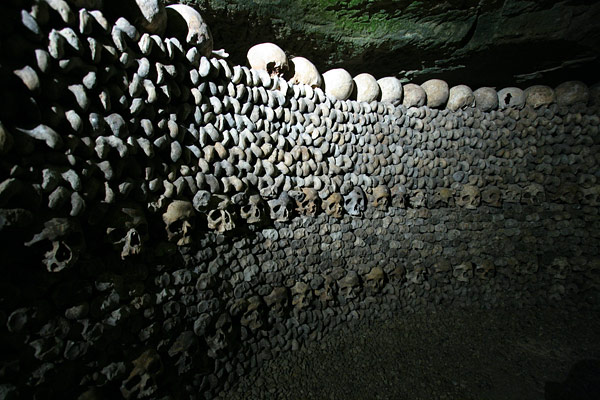 Hilariously, when the ossuary first starts, all the visitors bunched up into a macabre crowd of National Geographic wannabees, pushing and shoving trying to take artistic shots of the same three skulls. (I admit that I did, too. In fact, that’s the lead picture in this post.) The mad rush at the beginning is totally unnecessary as there are plenty of bones for everyone. In fact, you walk past walls of bones for the next kilometer or more. By the end, people are all suffering from bone overload and they are just looking for an exit, so it’s much easier and far less chaotic to take your pictures further down the line.

The two-kilometer exploration of the catacombs is a major highlight for anyone looking for a seriously different side of Paris. It’s gruesome, macabre, a little twisted, and historical. Napoleon was here. Victor Hugo was here. Both French resistance fighters and the Nazis used the tunnels. And if you’re traveling with kids, they’ll love it – or leave totally traumatized. Either way, it’s good fun.

Info on the Paris Catacombs

The entry to the catacombs is just across the street from the Denfert-Rochereau metro stop (also RER stop). As of April, 2013 a ticket costs 8€. Only 200 people are allowed in the catacombs at once, so the line at the entry point grows exponentially as the day progresses. You essentially have to stand there and wait for people to leave before they let new ones in. In other words, get there early. And photographers, light levels are LOW and flashes are not allowed. Some people were using tripods, but that was a bit awkward with people trying to get through. Here’s more info at the official site.

5 responses to “The Catacombs of Paris”