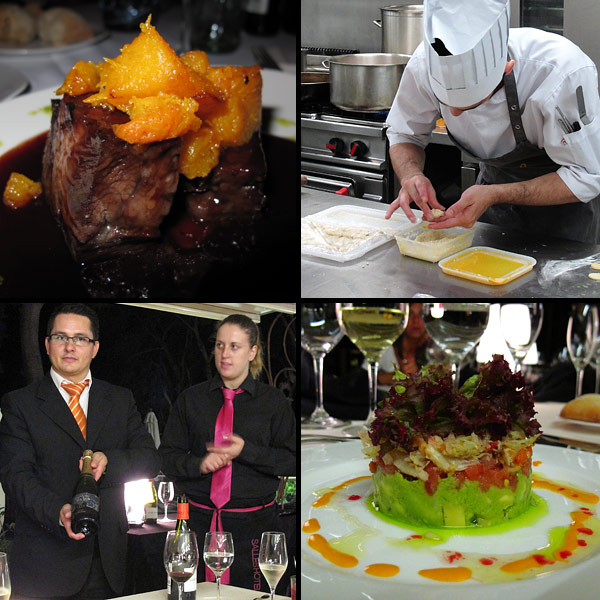 Wild mushroom salads, cured meats and sausages, roasted red peppers in olive oil, wines, cheeses, salted cod, crema Catalana… the cuisine of Catalonia is every bit as rich as the artistic and architectural heritage of the region. In fact, the current “best restaurant in the world” is in Catalonia.  Whether you are indulging in stewed prawns on the coast or pigs feet in the mountains, there’s something for everyone. Don’t know where to begin? No problem. Catalonians are a sophisticated bunch, but they are also exceptionally down-to-earth and ready to share their food with you. The best way to learn is to start eating and asking lots of questions. Here are ten tips to get you going: 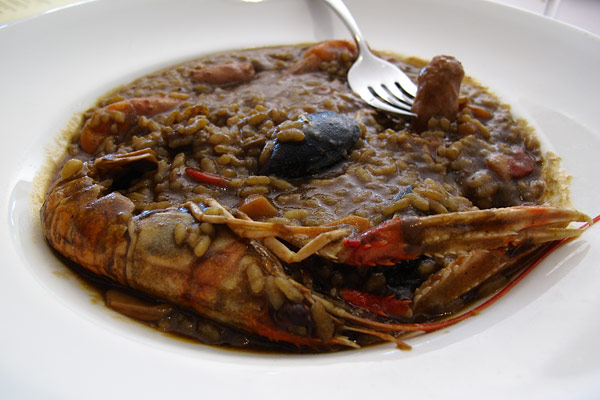 Catalonia is on the sea, so it makes sense that seafood plays a major role in the cuisine. In my short visit, it was clear that cod, hake, prawns, shrimp, octopus, and squid are major players. Esqueixada, salted cod with tomato and onion, is a favorite. (Actually, anything with cod seems to be a favorite.) Several restaurants offer their take on paella, which is technically Valencian, but seems to pop up in restaurants across Catalonia as well. The seafood soup known as “suquet de peix” is also on many menus. It’s all delicious! 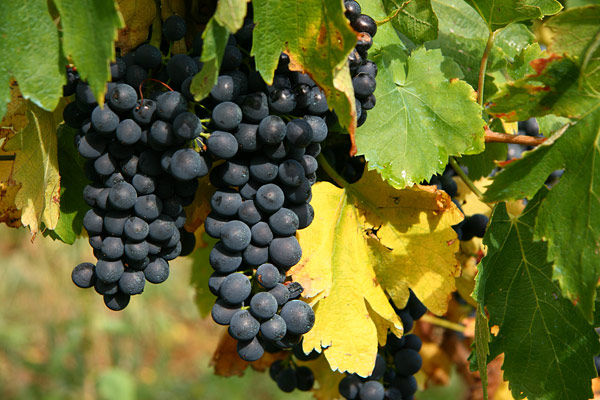 While visiting Sort, a small town in the high Pyrenees, we had the opportunity to visit the Batlliu de Sort winery and sample their creations. Not only was it a great introduction to the region’s unique mountain wines, but the stunning vineyards clinging to the steep slopes overlooking a river of clouds was literally a step above everything else. I’m not a huge fan of white wine, but they had one here that was unlike anything I had ever tasted – fantastic! 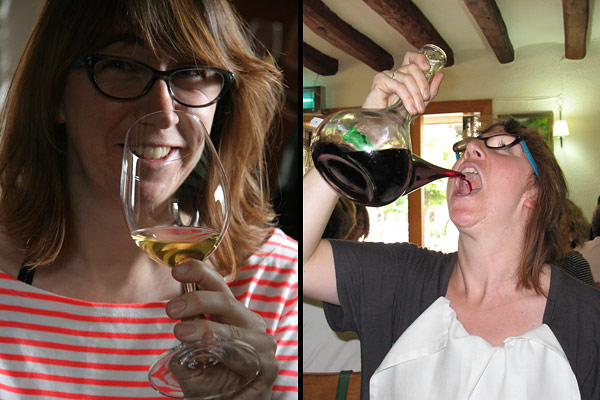 Catalonia offers an endless supply of world-class restaurants with some of the finest food in Europe. But as with top restaurants around the globe, the “fancy food” tends to be more of a fusion cuisine influenced by local flavors. If you want a more hearty, authentic Catalonia experience, it’s best to explore some of the local eateries. In my opinion, these local offerings match anything you find in a Michelin-starred restaurant.  (But I’ll admit I always prefer the culinary skills of 90-year-old grandmothers.) 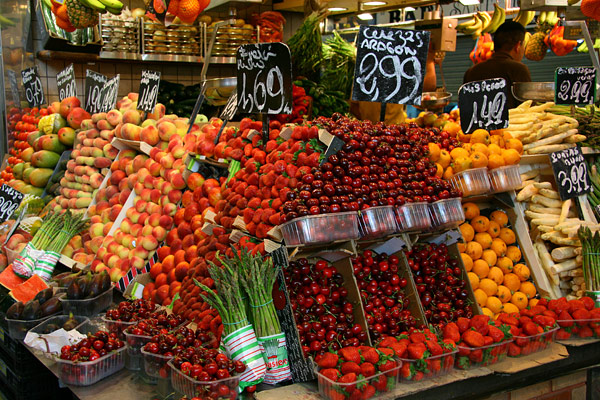 Catalonia’s markets are a site to behold: fresh fruit and vegetables, butchers displaying perfectly cut meats, counters with a dozen grades of salted cod, and stall after stall filled with cheeses and sausages. Need to buy a few sheep heads or an octopus? No problem. A massive chunk of honey comb or eggs with an essence of truffle? It’s all there. And for photographers, Barcelona’s La Boqueria and its Santa Caterina Market are both especially photogenic. 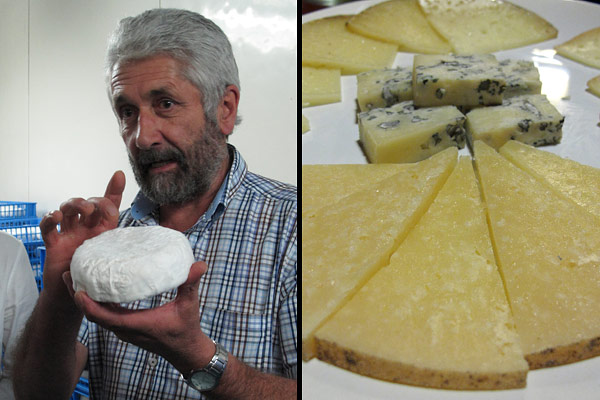 While in little Sort, we toured the Tros de Sort, a cheese factory and artisan dairy. Our fascinating behind-the-scenes look at cheese production included some serious sampling. Yum!!! My favorite cheese was that amazing “Tou” shown in the first picture on their web site, the one melting onto the table.

6. Eat with a Catalonian Family 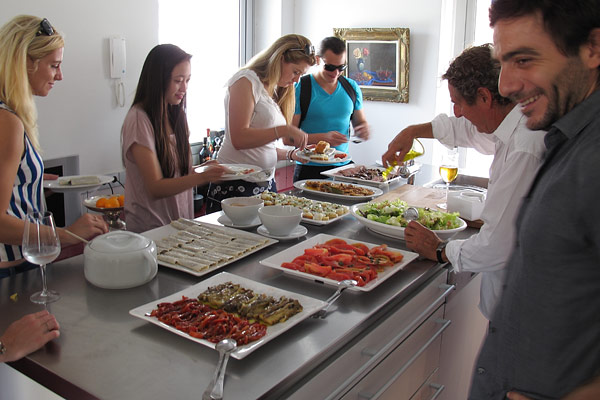 If you really want to explore Catalonian cuisine, you need to hang out with a Catalonian family. They can show you the best restaurants or spoil you with their family’s secret recipes. Don’t have any personal friends in Catalonia? No problem, there are some exciting new options for those looking for a more personal food experience. 🙂

7. Eat at the “World’s Best Restaurant” 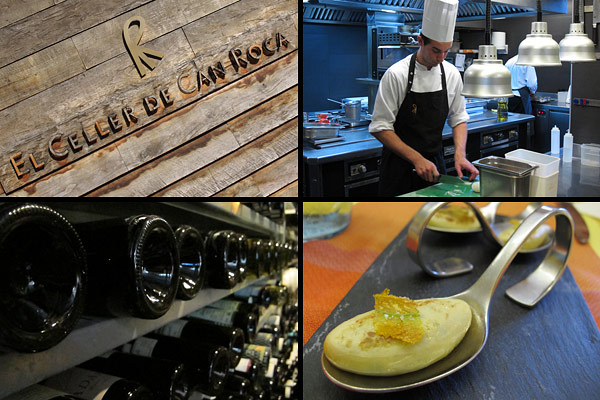 Awarded three Michelin stars, El Celler de Can Roca in Girona currently holds the title of the “world’s best restaurant” on Restaurant Magazine’s list of the world’s 50 greatest restaurants. That’s some serious cred! When I asked Joan Roca, the oldest of the Roca brothers, about the value of such a title, he acknowledged that being the world’s best restaurant is somewhat of a double-edged sword. He also explained it can be difficult to balance that international acclaim with local expectations as there is currently an 11-month wait for those who wish to dine here.

8. Or Eat at the Original Can Roca 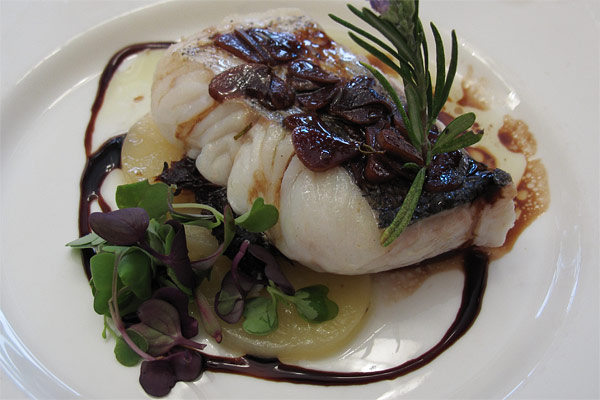 If you can’t wait 11 months to dine at El Celler de Can Roca, you might consider dining at the original family business Restaurant Can Roca, located 100 meters away. You don’t get the title, and the setting is a little less flashy, but you are still eating very, very well. This is for those who dare to be different. 🙂

9. Or Discover your own “World’s Best Restaurant” 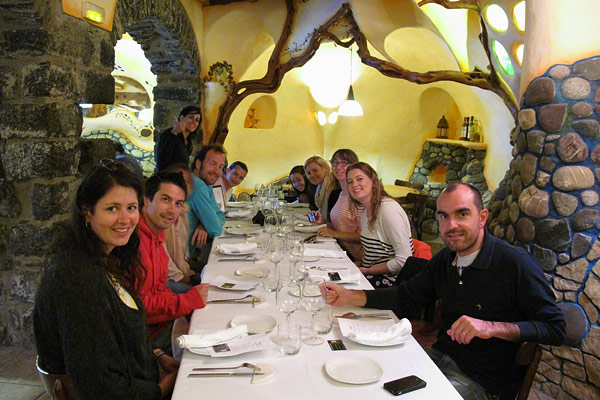 And if, like me, brand consciousness is not really your thing, I highly recommend you go out and discover your own best restaurant in the world… or at least in Catalonia. If it isn’t clear yet from the previous posts, Catalonians are exceptionally creative, innovative people. Before El Celler de Can Roca, another Catalonian restaurant elBulli, a leader in molecular gastronomy, held the title of world’s best restaurant. Clearly, there is great food here. My favorite meal in Catalonia was at the Gaudi-like El Celler do Joglars: octopus carpaccio, sweet olive oil Turkish delight, veal with pumpkin… and super friendly, down-to-earth service. It’s all a matter of taste. 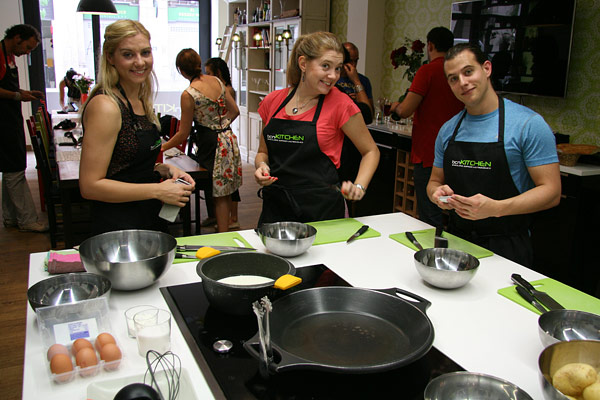 Still haven’t found what you are looking for? Well, then maybe you need to make it yourself. Luckily, there are some exciting options for those who want to learn to make their own Catalonian food through cooking schools as well as less formal local courses.

EXTRA CREDIT: Oh, And Dive into those Delicious Desserts!!!

Did we forget to mention the desserts? Flans, profiteroles, cakes, sorbets…  exploring food is hard work, but somebody has got to do it. The first picture is that olive oil Turkish delight that I mentioned at El Celler do Joglars. The second is chocolate covered foie-gras. (Get outta here!!!) Also keep an eye out for mató, a simple white goat or cow cheese served with honey. And don’t miss crema Catalana, the delicious Catalan take on crème brûlée. 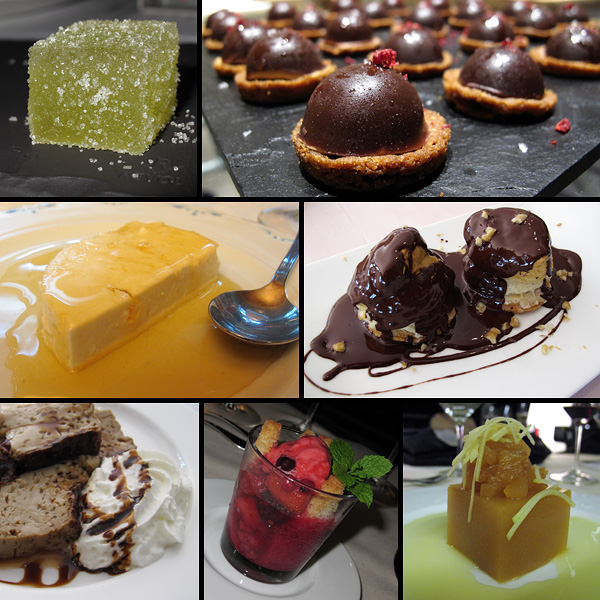