We’ve decided to take a short break from the developing world and take in modern, spotless, stunning Singapore. 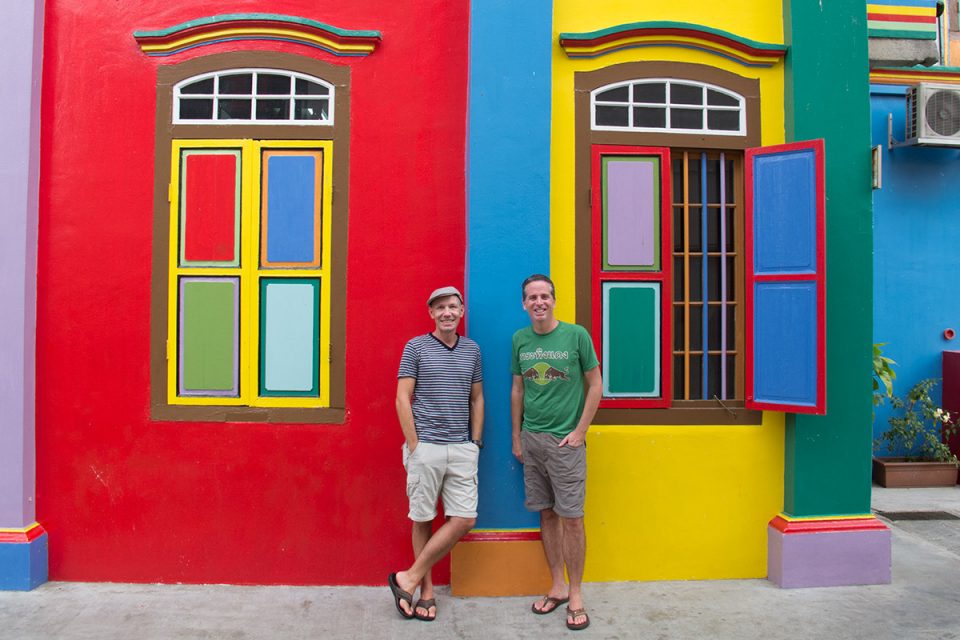 The last time I was in Singapore was exactly 20 years ago and, to be honest, I wasn’t a huge fan of the country at the time. In 1991, I felt Singapore’s autocratic leadership left the city feeling like a coldly functional dystopia defined by clinical sterility and bizarre signs stating things like, “It is prohibited to urinate out the window.” OK.

But Singapore a la 2011 is a whole new city – and I like it!!! Although prohibitions and fines are still around, they have seriously cut down on the annoying little signs. And some prohibitions such as not allowing durians in the subway just make good sense. Perhaps, a few decades of strict prohibitions have done some good. The people are polite, the streets are clean, scams are noticeably absent, and the taxi drivers are honest.

In fact, our first taxi driver was so friendly, so honest, so welcoming, and so helpful that we were actually a little scared. Thomas kept whispering to me in German, “Is this guy real? Or is he pulling something?” Still a little wary from our never-ending lists of run-ins with the taxi mafia and transport scams, we could hardly believe how honest and genuine the driver appeared. But despite our initial fears, we pulled up at our hotel and the taxi driver pointed to a functioning meter stating our fare was a paltry 4.80 Singapore dollars.

“I took a shortcut to save some money,” he announced.

We both looked at each other in pure wonder as if to ask, “Where are we?” I felt my blood pressure suddenly drop and a wonderful sense of calm come over me. Ahh, a break from the scams.

Beyond the civilized behavior, Singapore has undergone an amazing facelift. New waterfront developments, beautiful super-malls, endless entertainment options, funky food courts and outdoor restaurants, redevelopment of Chinatown and Little India, and spectacular redevelopment of the quays along the Singapore River. We’re going to have a blast here!

Biking through Bagan, Myanmar should be on everyon