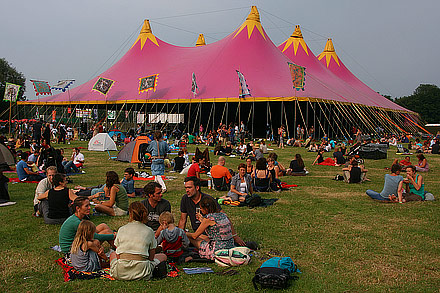 The principle reason Tourism Flanders invited me to Antwerp was to cover the Sfinks Mixed music festival in Boechout. Sfinks bills itself as a festival “for young and old, families with children and adventurous music lovers… an exploratory excursion into enriching cultures.”

Starting in 1975, Sfinks Mixed began as a small folk festival in a local school park. Since then, it has grown into a three-day multicultural smorgasbord of musicians with a few circus performers and cultural acts thrown in to spice things up in the open areas.

Even approaching Sfinks, the world culture atmosphere is obvious. A small market for visitors has formed outside the gates with a funky Bohemian multi-culti vibe which hints at what’s to come. A man dressed in Touareg garb hawks silver jewelry to tribal teens and grannies with bongos. Dreadlocked vendors offer everything from incense to funky clothing to falafel. But the market is just the beginning.

Beyond the gates, we immediately encountered the mystical Sufi-infused rhythms of Kayhan Kalhor & Erdal Erzincan, an incredible Persian-Turkish duo which has performed with everyone from Yoyo Ma to Mohammad Reza Shajarian to John Williams. The concert tent, which had a distinct 1001 Nights feel to it was overflowing with fans.

Further in, the grassy fields were filled with visitors from 2 to 92. Sfinks is a VERY family-friendly festival, which is both relaxing and unique. It’s for people who appreciate different cultures and different art forms. It’s a much more mellow experience than some of the other festivals taking place nearby like Suikerrock or Tomorrowland. 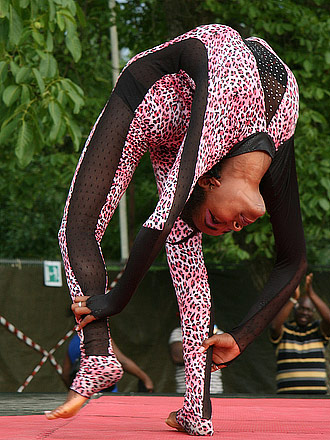 It’s the crowd that makes Sfinks special. These are the people who want to hear something different, something new. They have come to discover artists from Africa, Asia, the Middle East or the Caribbean. They are searching for talent from regions that may not have access to the promotional machines that more mainstream artists take for granted. They are looking for people like Malian singer Fatoumata Diawara, an up and coming star in the world music scene.

It’s quite an eclectic mix of artists at Sfinks. Some almost defy musical description such as Red Baraat, which offers up its own fusion of Indian Bhangra, Bollywood, Latin, jazz and New Orleans brass. (It works.) Other groups, such as The Barons of Tang from Australia, are pure innovation having created their own genre called Gypsy deathcore. Wow! 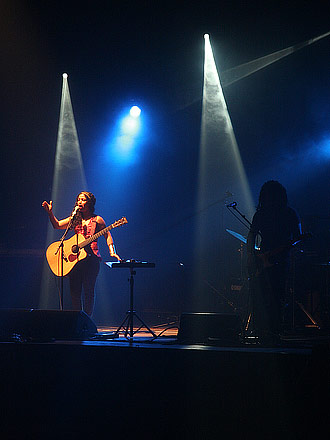 But my personal discovery at Sfinks was the incomparable Emel Mathlouthi. Known as the voice of the Tunisian spring, Emel is proud, powerful and political. I have always been a fan of North African and Arab musical styles, but Emel is a true artist and her political twist feels revolutionary in all senses of the word. I’m sure I’m not the only new fan she picked up at the festival.

The music is the main focus at Sfinks, but the open areas also feature several other sorts of acts including cabaret-inspired Le Cirque du Platzak and Ethiopian street performers Fekat Circus, both of which strongly incorporate music into their performances. 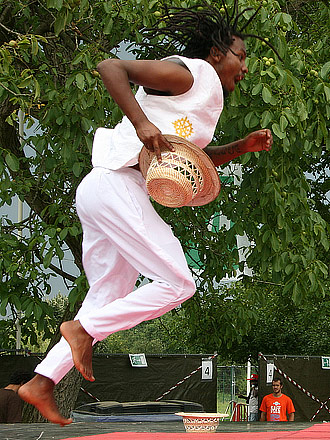 This year the Castellers de la Vila de Gràcia, who seldom perform abroad, were also constructing their human towers for Sfinks visitors. Unfortunately, I missed Tchebe Tchebe, the traditional stilt dancers from Togo, because they had performed earlier in the day. Next time, I guess.

Although smaller than some of Belgium’s other festivals, Sfinks is a very mellow and enjoyable event. The friendly crowd is mostly Flemish, which lends a certain thrill that you’ve stumbled onto something great that the Flemish have been keeping for themselves. Having said that, the performers are world class figures in world music. 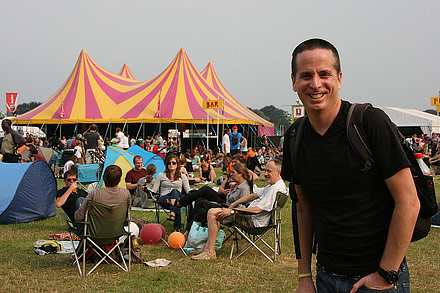 If music just isn’t enough, the festival is a mere twenty minutes from Antwerp, which means that you can take in one of Belgium’s coolest cities at the same time. Also, consider combining Sfinks with some of Belgium’s other festivals. With more that 280 to choose from, they seem to have an endless supply of cool events. I guess that’s why their motto is Flanders is a Festival.

NOTE: For copyright reasons, I was asked by Tourism Flanders not to take video of musical performers at Sfinks. I’ve included Youtube videos to give readers an idea of what kind of music is featured at the festival.

6 responses to “Sfinks Festival in Boechout”