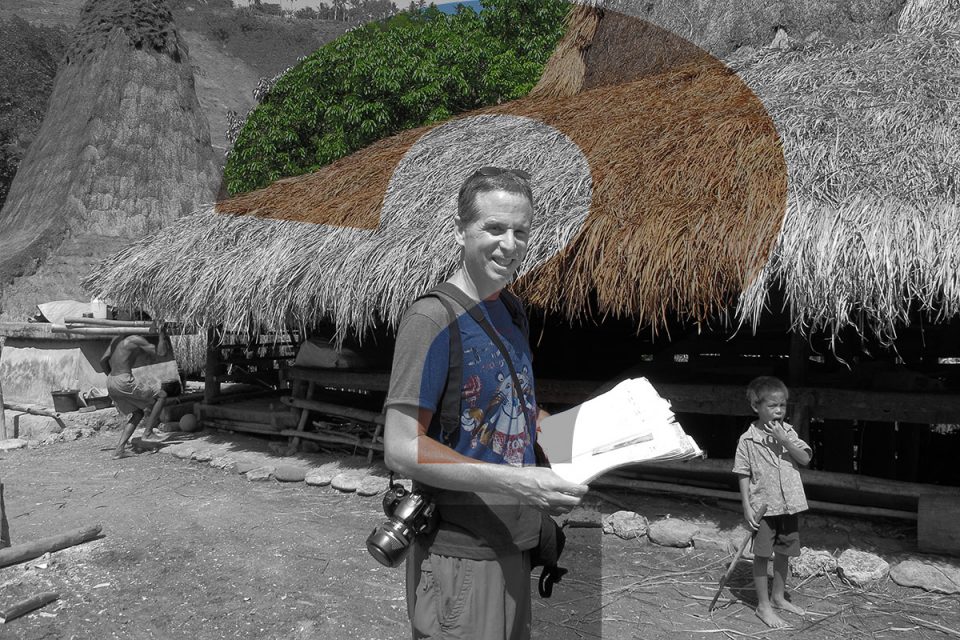 In 2000, American ethnologist Janet Hoskins asked Sumbanese villagers to describe foreign tourists who visit carrying their mysterious metal boxes (cameras). The following is an excerpt from that description:

VILLAGER: We don’t really know much about them, but they are supposed to travel around, often at night, carrying metal boxes. They have long hair and disheveled clothing, and they smoke cigarettes dipped in potions that can make you sleepy. They are said to blow the smoke into children’s faces so that they lose consciousness. Then they take the children and hang them upside down, with feet near the rafters and their heads next to the metal boxes. They open up a hole in their heads and use a hose, sucking on one end of the hose to draw out the blood and make it flow into their metal boxes. They collect the blood, then leave behind the children’s bodies.

JANET: Do the children live?

VILLAGER: Sometimes they do, sometimes they don’t. They are very weak and may have nightmares about what the foreigners did to them. They lose a lot of their strength and often they die afterward.

JANET: What do the foreigners do with the blood?

VILLAGER: They bring it home to their factories and use it to wash out electronic devices—radios, televisions, tape recorders. They say it makes the electric current run through the metal vines (lolo bahi, a reference to electric cords). Without human blood the electricity would not work well. It would get blocked—just like all our own electric devices get blocked after awhile. The foreigners have better electronic devices because they wash them out with the blood of our children.

Janet’s fascinating research is thought-provoking and should be required reading for any traveler who wishes to visit traditional peoples while on the road. Her publication reminds us once again that it is easy to make false assumptions about how traditional people interpret our visits, our motivations and our technologies. Interestingly, we encountered extremely similar stories in the highlands of Guatemala in 2001, just months after Janet had this conversation with a villager in Sumba. Janet’s fascinating publication can be read in its entirety online here.