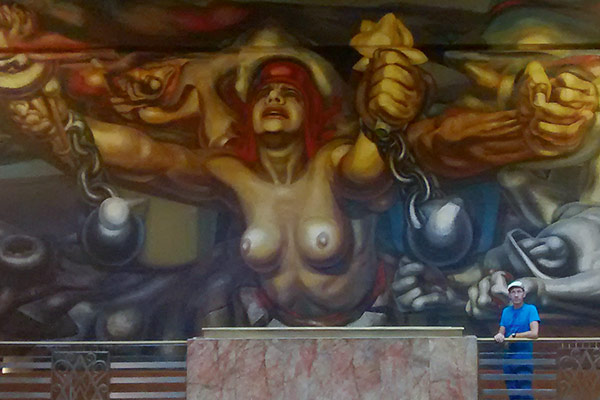 Yes, it’s polluted and, at times, dangerous. But it is arguably the culturally richest place in the Americas. Mexico City is literally built on the ruins of the Aztec capital of Tenochtitlan. One of the oldest colonial cities in the new world, the inhabitants of Mexico City were strolling past Spanish Baroque while the first colonial Americans were patching the holes in their drafty log cabins with mud. Some cities would be content to rest on their historical laurels, but Mexico City is a constantly evolving work of living art. 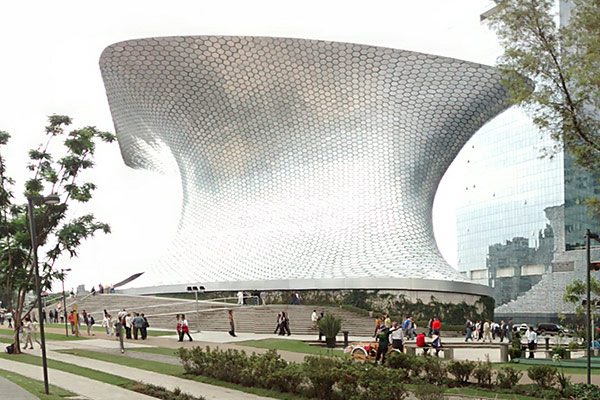 Art is everywhere. It’s in the graffiti, the ancient churches, the food, the drag queens, the modern architecture, the 10-inch stilettos, the street performers, the gyrating hips and the whispers in indigenous tongues that echo through the city. Awesome. 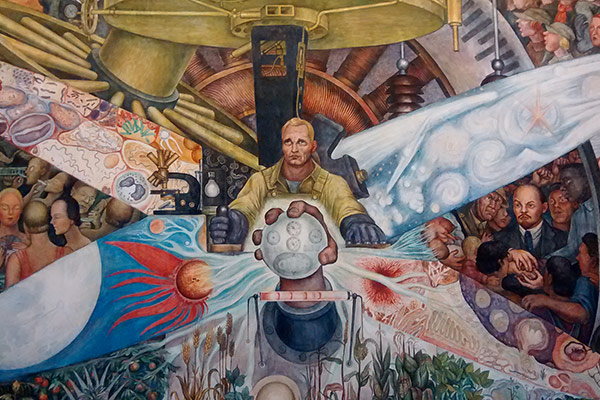 For me personally, the highlight was the murals that decorate many of the public places. The incredibly prolific Diego Rivera left his mark across the city. DO NOT MISS his epic multi-story socialist statement in the Edifice of the Secretaria de Educacion Publica. Genius. The mammoth mural by Diego and David Alfaro Siqueiros also adorn the stunning Palacio de Bellas Artes, which itself doubles as a theater and an art museum. Keep your eyes peeled for a cameo appearance by Lenin. The ultimate example of mural mania is Siqueiros psychedelic Polyforum Cultural Siqueiros, a massive 60’s-era exhibition space which doubles as a walk in 3-D mural. 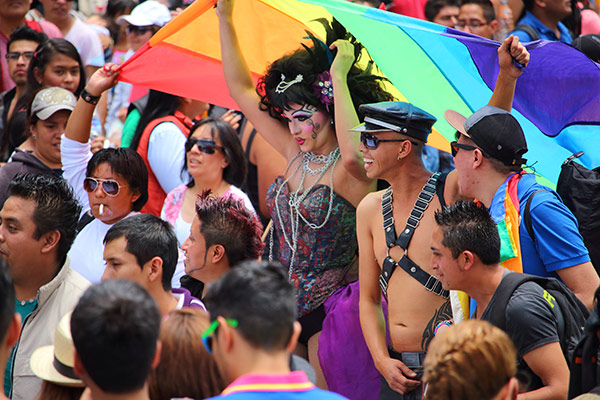 If 20th century socialist murals don’t do it for you, there’s always the largest cathedral in the Americas or the National Museum of Anthropology, the ultimate collection of pre-Colombian art featuring the world-famous Aztec Sun Stone. Hate churches and museums? Then just get out in the street and start walking. Who knows what you might find in one of the world’s most dynamic cities. Our surprise discoveries included street after street of gay pride celebrations and a great little authentic Korean restaurant where we stuffed our faces with dolsot bibimbap. 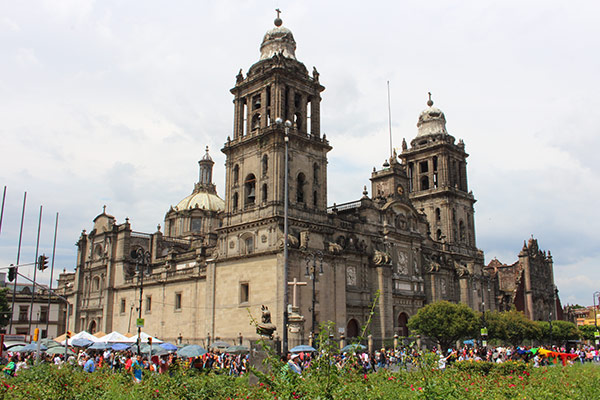 We spent nine days in Mexico City and we barely scratched the surface. We can’t wait to go back. But next time, we intend to stay MUCH longer. 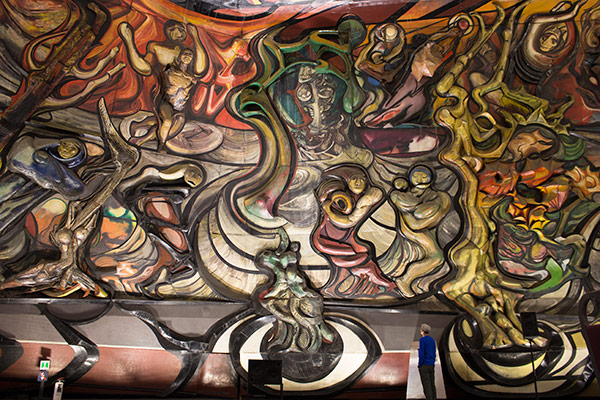 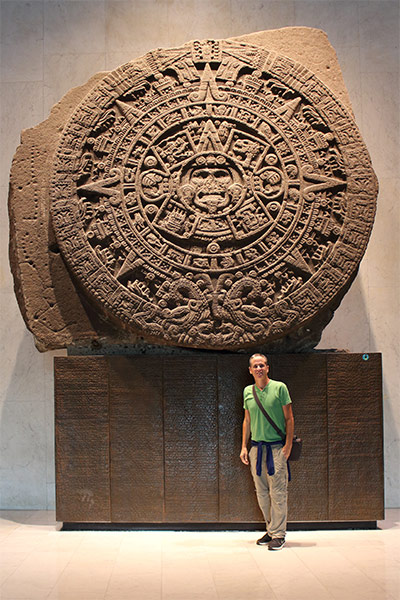 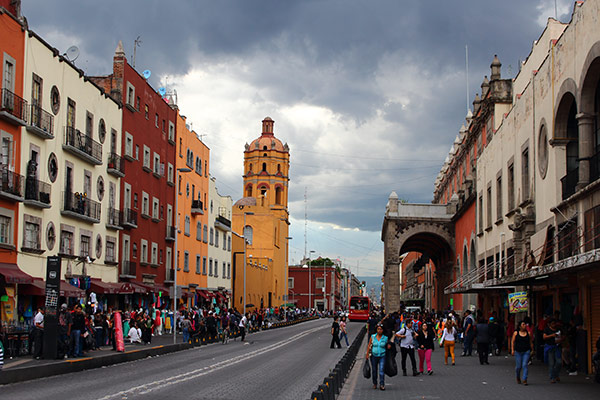 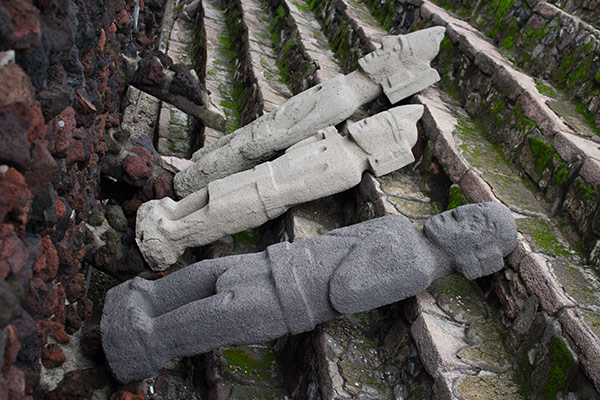 Idols strewn across steps in ruins of Tenochtitlan 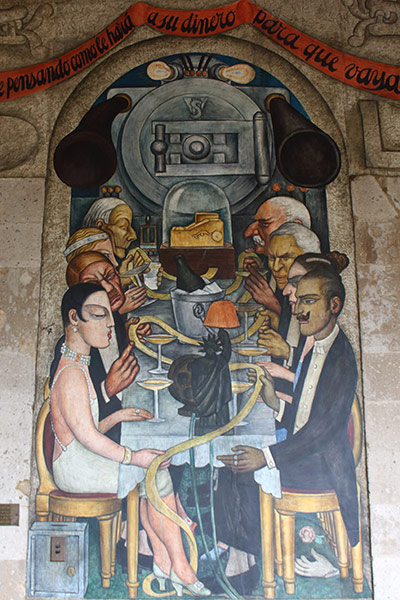 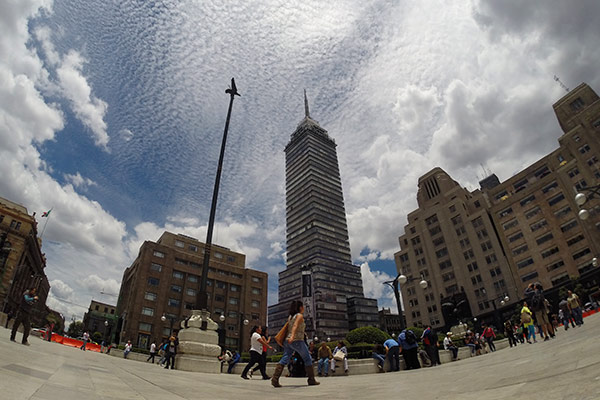