In the last two and a half years, we’ve never mentioned fresh-water dolphins – that doesn’t mean we haven’t been trying to find them. Scouring the rivers of eastern India for Gangetic dolphins and Myanmar for Irrawaddy dolphins, we’ve been looking and looking and looking. No luck. 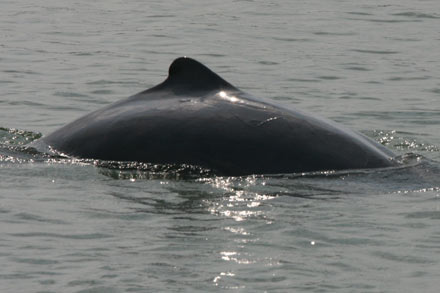 It turns out that our lucky river was the Mekong. At long last, we’ve finally found them in Kratie, Cambodia. And when the luck came, it really came. Most people searching for fresh water dolphins are lucky to see a quick flash of dorsal fin or flipper. We, on the other hand, had tails, flippers, fins and the occasional head splashing and bobbing around us as somewhere between 9 and 12 dolphins encircled our boat. Considering that there are an estimated 100 of these highly endangered animals left in the Cambodian Mekong, I’d say we hit the jackpot. Even when we returned to the shore, we could clearly see the dolphins diving and playing as we sat sipping drinks and feasting on dragon fruit under the shade of some overhanging trees. 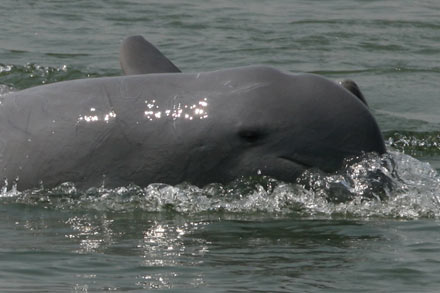 Now the downer. Somehow, the severely endangered Mekong dolphin has managed to survive the horrors of colonial hunting, the Vietnam war, and the Khmer Rouge. One would hope that that would be the end of the trauma. But China is now pushing to make the Mekong fully navigable from Yunnan down to the delta in Vietnam. That combined with plans to dam the river will certainly lead to the extinction of this remarkable animal in the Mekong. 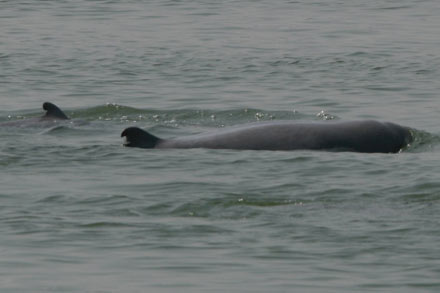 One response to “Mekong River Dolphins”